After years of investigating the merits of using portable monitors for the diagnosis of sleep apnea, the Centers for Medicare and Medicaid Services (CMS) has finally put its preliminary stamp of approval on home testing with portable monitors. Coinciding with CMS’ proposal, the American Academy of Sleep Medicine (AASM) has released clinical guidelines1 for the use of home testing devices. One of the major disparities is that CMS has proposed allowing physicians to prescribe the use of type IV home testing devices, while the AASM’s clinical guidelines find that there is insufficient evidence to support the use of type IV devices.

CMS may change its recommendation based on submitted public comments but that has not been concluded as of press time. Many experts, however, are already convinced that type IV devices—while inexpensive and easy to use—do not generate enough clinical data to make an accurate diagnosis of the more complex forms of sleep apnea.

CMS’s recommendation to include type IV devices as qualified portable monitors for sleep apnea surprised many in the sleep field. Many expected type III devices to be approved, but not type IV.

Some clinicians also felt that CMS’s type IV recommendation was confusing, as it specifically allowed type IV devices, but excluded oximetry alone—the channel that is most common in many single-channel type IV devices.

Nancy Collop, MD, medical director, Johns Hopkins Sleep Disorders Center, Baltimore, led an AASM task force1 that reviewed previous studies on the effectiveness of type III devices as compared to in-lab PSG. Collop says that she and many of her colleagues were surprised when they heard that CMS had also approved type IV devices.

Collop explains, “Oximetry only tells you that the patient is having a desaturation, but you have no idea why, whether it’s obstructive apnea, central apnea, hypoventilation, or whatever. [CMS] does exclude oximetry alone as a [type IV] monitor, but they allow type IVs. So my guess would be that you actually have to have one that measures something else besides oximetry, like nasal airflow. Since CMS disqualified oximetry alone, a ‘CMS acceptable’ type IV device would presumably have to have a second sensor like nasal airflow that still doesn’t distinguish any of those events. And in fact, there is a study that has shown that adding nasal airflow alone doesn’t improve sensitivity or specificity.”

Collop and the AASM task force did not recommend any type IV devices for the diagnosis of sleep apnea. In their review of previously published studies, the task force focused mainly on type III monitors because the team believed that type III devices were used most frequently in an outpatient setting (and were receiving the most attention in the sleep community as an unattended home-testing alternative to in-laboratory PSG).

Collop also noted that there were many studies of type III devices and relatively few that evaluated type IV devices or the more complex multichannel type II devices.

Since CMS’s preliminary recommendations were released in December 2007, numerous objections to type IV devices have been submitted to CMS on its public-commentary Web page.2 Most of those who commented questioned the quality of type IV home sleep testing and its ability to give clinicians a proper basis for the diagnosis of sleep apnea and to distinguish among obstructive, central, and complex apneas.

Alex Chediak, MD, president of the AASM, commented on the CMS site, “When moving from type II and III [home sleep testing] devices to type IV devices, the certainty of establishing a diagnosis of [obstructive sleep apnea] can be greatly impacted. The proposed use of type IV devices makes ripe the potential for substandard patient care and a substantial increase in unnecessary tests.”2

William T. Abraham, MD, professor of medicine and chief, Division of Cardiovascular Medicine, Ohio State University, remarked to CMS, “While we agree with the recommendation of coverage for home testing, we would further recommend that (1) devices covered for home sleep testing be limited to multichannel testing devices that have been validated against sleep laboratory polysomnography and (2) the devices generate data representative of physiological data collected from polysomnography.” Given that the use of unvalidated devices to diagnose sleep apnea “lacks sufficient evidence to meet evidence-based medicine criteria,” he continued, “we are not comfortable with coverage of unvalidated sleep testing devices and recommend that further studies be performed to validate the efficacy of such devices.”2

Nancy Behrens, MD, Presbyterian Sleep Medicine, Novant Health, Huntersville, NC, observed, “In the event that a patient is unable to obtain a type I sleep study due to medical or geographic challenges, a type III device, with [four to seven] channels used in the home, is a reasonable option, if ordered and interpreted by a board-certified sleep specialist. A type 4 device, which is basically a pulse oximeter, is certainly unable to reliably distinguish OSA from other causes of hypoxemia, and is often riddled with artifact,”2 she added.

Michael Biber, medical director, Neurocare Center for Sleep, Newton, Mass, stated that he had investigated several type IV devices. In comments submitted to CMS, he noted, “Five of the seven type IV devices that we have investigated do not measure ventilatory effort. Accordingly, patients who have predominantly non-obstructive apneas, including those with Cheyne-Stokes breathing, tested with these devices, will not be correctly diagnosed. Even worse, because most of these patients also have obstructive [sleep-related breathing disorders], many patients will likely be misdiagnosed, using these devices, and then undergo treatment with CPAP. Central sleep apnea is often exacerbated by conventional CPAP treatment. Another important reason for using diagnostic devices that can distinguish central from obstructive is the availability, in the past few years, of two CPAP devices, such as the ResMed Adaptive Servo-ventilation BiPAP, which are very effective for treating central [sleep-related breathing disorders].”2

Although the AASM task force made its home-testing recommendations based on the review studies comparing type III devices to PSG, it could make no specific recommendations on the quality of a particular device.

Collop says, “There are few, if any, papers that compare one portable monitor to another. Almost all portable monitors are compared to PSG, because that’s always been the standard to do these studies, so it’s hard to say that this portable monitor is better than that portable monitor. What the committee was left with was trying to analyze the information that we had related to PSG and the use of the different sensors.”

In the end, the AASM task force concluded that, at minimum, a type III device should record airflow, respiratory effort, and blood oxygenation, and it should use the same types of sensors that are currently approved for in-laboratory PSG (such as oronasal thermal sensors, nasal transducers, calibrated or uncalibrated inductance plethysmography, and pulse oximetry with appropriate signal-averaging time and accommodation of motion artifact).1

A number of home sleep-testing devices already on the market meet the AASM’s type III recommendations, and several of these devices have many more channels.

Cleveland-based CleveMed, for example, offers the Sleep Scout, which allows up to nine channels, including airflow, effort, and oxygen saturation, as well as electrocardiography and electromyography. The type III devices on the market are typically small, lightweight, and portable, with memory and battery capacities that allow recording more than a single night.

Hani Kayyali, president, CleveMed, notes that having the extended memory and battery capabilities is an attractive option for patients who may be nervous about using the technology for the first time. “If the patient feels that the first night is needed to know how the device works, [they] can always redo it the second night without having to send the unit back to refresh it or put new memory cards in,” Kayyali says.

A portable monitor’s ease of use will also be a factor for physicians choosing a home sleep-testing device. Easy-to-use devices may also reduce recording errors and the need to repeat studies.

Ease of use was one of the main goals of Philip Westbrook, MD, DABSM, chief medical officer, Advanced Brain Monitoring, Carlsbad, Calif, when he helped to design the company’s Apnea Risk Evaluation System (ARES).

Westbrook says, “We developed a device that could simply strap onto a patient, where all the recorders would sit on the forehead and would be comfortable and really simple for patients to apply.” The device is mailed to patients in an envelope with a set of simple written instructions, without the need for any verbal or video instruction.

The ARES, which is wireless, rests on a patient’s forehead and measures oxygen saturation, pulse rate, head movement, head position, snoring sounds, and airflow; it has audio and visual indicators that can notify the user when the unit requires adjustment, thus increasing reliability. The ARES also measures respiratory effort using changes in forehead venous pressure, but the design is being modified to include an effort belt, which should be available by June 2008.

No matter which type of portable monitor is used, the AASM and the experts interviewed for this article strongly believe that the data should be scored and interpreted by a qualified sleep specialist. Currently, CMS does not make that distinction.

Collop says, “One of the [task force] committee members actually stated this quite well. He said that the less information you have on your test, the more expertise you need in interpreting that information, so we felt that [home testing] should be done within the realm of a board-certified person and under the auspices of an accredited sleep center.”

Diagnostic tests for sleep apnea have historically been classified into four types, sometimes referred to as levels:

What Can You Learn From a Sleep Tracking Device? 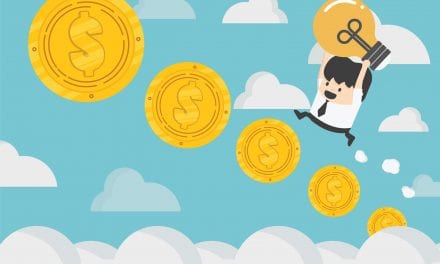 The Link Between Sleep Deprivation and ADHD