It is important for physicians in the field of sleep medicine to consider oral appliance therapy as a treatment option for patients with sleep-disordered breathing.

Oral-appliance therapy has been available for a century for the treatment of snoring. In 1903, Pierre Robin described the monoblock for the treatment of glossoptosis. Today, many oral appliances have been shown to be very effective in correcting sleep-disordered breathing (SDB).1-13 The most effective types of oral appliances now in use are categorized as anterior mandibular positioners or tongue-retaining devices. The former are much more popular than the latter. There are a few other types of appliances available, but they are mainly of historical significance.

The most common and most effective14 oral appliances used today to treat SDB are anterior mandibular positioners. The anterior mandibular positioner moves the lower jaw anteriorly. Because the tongue is attached to the base of the lower jaw and to the hyoid bone, this movement pulls the tongue away from the back of the throat and lifts the hyoid bone, expanding the airway. To use this type of device, the patient must have at least eight teeth per arch that are structurally sound and in good periodontal health.

A good anterior mandibular positioner, fabricated to the specifications of a dentist well trained in oral-appliance therapy, may be used for all snorers and patients with obstructive sleep apnea (OSA) who desire one, regardless of the severity of their disorder. This does not mean that this appliance will work for all patients. The patient’s level of SDB must be determined. If apnea is present to any degree, the patient must undergo follow-up polysomnography (PSG) (or, at a minimum, overnight pulse oximetry) under the care of a sleep physician.

Very severe apnea often will not be reduced to acceptable levels using an mandibular positioner. Although an excellent reduction in apnea levels can usually be expected, hypopnea levels sometimes remain unacceptably high. For this reason, follow-up care for patients using these devices is of utmost importance.

Schmidt-Nowara et al2 indicated that it did not matter which appliance was used; effectiveness would be the same. They stated, “Despite considerable variations in design, the clinical results are remarkably consistent. Snoring is improved in almost all patients and is often eliminated. Mean results of studies show that OSA improves in the majority of patients. Half of those patients who improve achieve an apnea-hypopnea index (AHI) of <20, but as many as 40% are left with notably elevated AHIs.”2 At the time, appliances used in published studies3,4 were nonadjustable, with the exception of the device studied by Clark et al.5

At the Department of Medicine, Respiratory Division, St Michael’s Hospital, University of Toronto, initial work with a new nonvariable mandibular advancement appliance in 30 cases yielded moderate success; results were promising, but inconsistent. A decision was then made to do a study using an adjustable mandibular positioner to determine whether some oral appliances used for SDB are more effective than others. An appliance was decided on that would control the position of the lower jaw completely and that could be adjusted in the mouth during use. This appliance could be subject to titration during PSG testing, ensuring the best possible results for a given patient.

Study Design
In 1999, Pancer et al7 showed that the effectiveness of oral-appliance therapy was significant. This study was also the first to show consistently the effectiveness of this type of therapy in treating severe apnea patients.8 The study enrolled 134 patients. Any patient who desired an oral appliance was accepted into the study, regardless of the degree of SDB (which ranged from simple snoring to very severe apnea, with the highest AHI in the study being 115). The only patients who could not be accepted were those lacking adequate dentition.

Of the 134 who started the study, 13 were lost to follow-up care. Another 46 patients did not undergo follow-up PSG, but answered questionnaires; 75 patients had baseline and follow-up PSG. Of 121 patients, 13 could not tolerate wearing the device and five who could tolerate it could not achieve an adequate response. The remaining 103 patients were determined to have positive follow-up results.

The oral appliance was preferred to continuous positive airway pressure (CPAP) by 99 patients. An additional four patients preferred to use CPAP at home and the oral device for travel. The 46 patients who refused follow-up PSGs were mainly simple snorers who had no apnea. The compliance of the other subjects was ensured because, in Ontario, apnea patients must follow treatment requests or be reported to the Ministry of Transportation, after which they will lose their licenses to drive.

Findings
When the 75 patients who underwent follow-up PSGs arrived for testing, the sleep laboratory staff was asked to adjust each patient’s oral device to the most effective position possible within that particular patient’s comfort range. In most cases, this was the best result possible using an anterior mandibular positioner. Raphaelson et al9 titrated therapy for six patients in a similar manner in 1998.

At the Respiratory Division, St Michael’s Hospital, we found a significant reduction in AHI, which fell from 44 ± 28 events/hour at baseline to 12 ± 15 events per hour (P<0.0005) The arousal index was reduced from 37 ± 27 events/hour to 16 ± 13 events/hour (P<0.050) and the Epworth score fell from 11±5 to 7±3 (P<0.0005). The baseline assessments of subjects’ bed partners indicated that 96% of patients snored loudly either “always” or “often,” but only 2% were described as doing so while using the dental device. This revealed a very significant improvement in snoring.

Of the 75 subjects undergoing follow-up PSGs, 34 had AHIs of 40 or more. Of these, 16 were considered responders because their AHIs decreased to fewer than 10. Patients unable to achieve this decrease were considered nonresponders, but their average improvement was 63.6%.

Table 1 is from the article in Chest citing other factors studied.7 Only AHI and arousal index, but not other variables, were significantly reduced (P< 0.0005) with the appliance, even in the nonresponders.

Side Effects
Common early side effects are tooth discomfort, jaw or gum discomfort, excessive salivation, and temporomandibular joint pain. Certain teeth may loosen if unusual pressure is exerted. Over the long term, there may be some tooth-position change, jaw-position change, or space opening between the posterior teeth. These problems may require interceptive therapies, such as the use of a leaf gauge or some type of orthodontic therapy. For this reason, it is important to see the patient annually.

Efficacy and Reimbursement
Good medicine consists of using the least invasive effective technique that is well tolerated by the patient. Oral appliances very often have been shown to be as effective as CPAP7,12,16 at all levels of severity; nonetheless, many health insurers cover CPAP, but not oral appliances. The advantage of CPAP therapy is that it forces air into the patient. If patients tolerated this therapy well, it would unquestionably be the method of choice for treating all types of apnea. However, CPAP is notorious for its poor acceptance by patients, especially those with mild or moderate apnea who are nonsymptomatic. With anterior mandibular positioners, the patient must inhale actively. Patients in our study prefer oral appliances to CPAP 20:17; 99 patients preferred oral appliances given the choice, with four patients who had good results with an oral appliance still preferring CPAP and using the oral appliance only for traveling.7

Studies10,11 have shown that patients also comply better with oral-appliance therapy. If oral appliances were offered on a par with CPAP and prescribed as a very acceptable alternative to CPAP therapy, insurance companies would have to fund oral appliances in the same manner as CPAP. Costs of excellent oral appliances vary from $1,000 to $2,000, a price range similar to that of CPAP.

CPAP is, and should be, the main therapy for severe apnea patients. In 1995, Schmidt-Nowara et al2 wrote, “Oral appliances present a useful alternative, especially for patients with simple snoring and others with moderate OSA who cannot tolerate nasal CPAP.” Our study7 demonstrated an 87% positive response across the board for snoring and an 81% positive response for apnea, no matter what the severity level was. For these reasons, if the patient desires an oral appliance, it should be available. If patients are followed, as they should be for all SDB treatments, when one type of therapy fails, another may commence. The key to adequate therapy is follow-up care.

Qualified Sleep Dentists
Many physicians in the field of sleep medicine are either unaware of the benefits of oral appliance therapy or unaware of dentists having backgrounds in this type of therapy. The Academy of Dental Sleep Medicine is an international, nonprofit organization that promotes the education and training of dental and medical professionals, as well as the education of the public. The members of this organization demonstrate an interest in this therapy. Credentialed members of this body have exhibited an extra level of knowledge in sleep medicine in general, as well as a proficiency in oral-appliance therapy.

Jeffrey Pancer, DDS, practices dentistry in Toronto; a large portion of his practice is devoted to oral-appliance therapy for SDB. His study involving 134 patients with all levels of apnea using oral appliance therapy for SDB was published in Chest, the journal for the American College of Chest Physicians, and he has reviewed numerous articles on SDB for that journal. A certified member of the Academy of Dental Sleep Medicine (ADSM) and a member of its Board of Directors, he is also chair of the Standards of Practice Committee for the ADSM. He is a member of the American Academy of Sleep Medicine and has just been named to its Standards of Practice Committee. 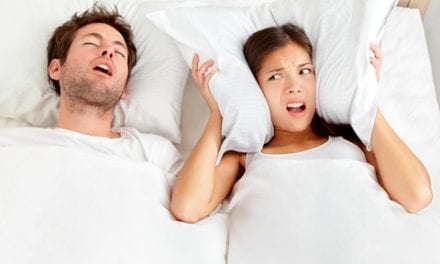 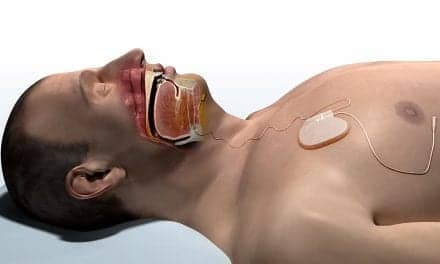