“What would otherwise have been considered clinically unimportant or minor ‘snoring’ likely has major effects on the blood supply to the fetus, and that fetus in turn protects itself by reducing movements,” said Colin Sullivan, PhD, the study’s principal investigator. “This can be treated with readily available positive airway pressure therapy and suggests that measurement of fetal activity during a mother’s sleep may be an important and practical method of assessing fetal well-being.”

The three-part study, appearing in the January issue of the journal SLEEP, began with the validation of a fetal activity monitor against ultrasound in 20 normal, third-trimester pregnant women. The next phase of the study measured fetal movement overnight in 20 women with moderate to severe preeclampsia and 20 matched control subjects. Results show that the number of fetal movements during maternal sleep was significantly lower in the preeclampsia group (289) than the control group (689).

In the final phase of the study, fetal movement was measured on consecutive nights in 10 women with moderate to severe preeclampsia, the first night without treatment and the second night with nasal CPAP therapy. The women had mild sleep-disordered breathing with an apnea/hypopnea index of 7.0 breathing pauses per hour of sleep. A minimal mean CPAP pressure of 7 cm H2O was needed to eliminate upper airway obstruction and airflow limitation.

“Maternal SDB represents a unique opportunity to study the effect of in utero exposures on postnatal development and future risk. This has major implications for public health,” Louise M. O’Brien, PhD, MS, associate professor at the University of Michigan, wrote in a commentary on the study. “It raises the possibility that a simple, noninvasive therapy for SDB may improve fetal well-being.” 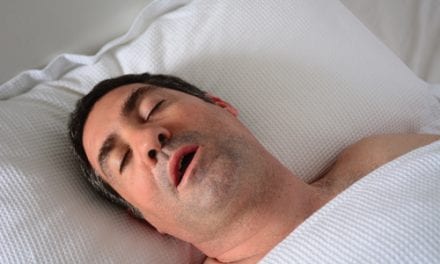