Start of the Road 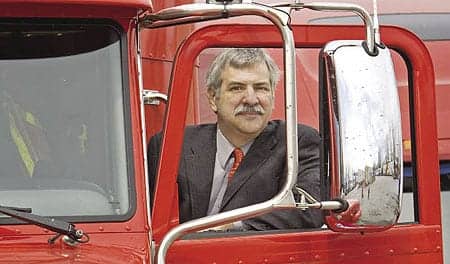 Edward Grandi, executive director of the American Sleep Apnea Association, looks to bring the same understanding about the role sleep apnea plays in the trucking industry to the rest of the transportation industry.
Photos by Robin Miller

The comorbidities that accompany sleep apnea have serious implications, but nothing scares the American public like the thought of sleepy truckers controlling massive vehicles. As such, the issue has justifiably received a lot of attention among clinicians, legislators, and trucking industry executives.

The Washington, DC-based American Sleep Apnea Association (ASAA) devoted its 2010 annual conference to the trucking industry and received nothing less than a massive response. According to Edward Grandi, executive director of the ASAA, last year’s meeting was the first ever of its kind to bring together all the stakeholders—regulatory officials, sleep clinicians, occupational medical doctors, and trucking executives—under one roof. “We created a common understanding among these various parties around how sleep apnea affects truck driving and what possible options there were to further address the problem,” Grandi says.

With record attendance and a high quality of information exchanged in 2010, the transportation theme will remain for ASAA’s 2011 annual conference. “In addition to addressing trucking, we will also be looking at aviation, rail, bus companies, light rail [subway], and maritime,” says Grandi. “We want to achieve similar kinds of understandings that we were able to attain with trucking for these additional modes of transportation.”

The time is ripe due to a series of high-profile examples of oversleeping pilots at major consumer airlines. Multiple time zones and long hours all contribute to sleepiness, but clinical sleep apnea also plays an undeniable role.

USA Today documented a February 2007 instance of two pilots who overshot the Hilo airport in Hawaii. Both pilots admitted to falling asleep, but the 53-year-old captain later received a diagnosis of severe sleep apnea.

Michael P. Coppola, MD, president and chief medical officer of the ASAA, points to yet another anecdote that illustrates a similar concern for bus companies. “Just prior to the Clinton/Gore inauguration, the presidential team got on a bus and traveled all over the Northeast,” explains Coppola, who is associate professor of medicine at Tufts University. “Soon after the inauguration, that same bus company had a fatal accident where the bus driver crossed the median on a sunny Saturday. The driver was killed, no drugs were involved, and it turned out he probably fell asleep at the wheel.”

Much like truck drivers, pilots and long-haul bus drivers are subject to erratic schedules that lead to high-fat restaurant foods, little exercise, and caffeine-addled stretches of activity. The media have done a better job of reporting the dangers of these lifestyle habits, but accidents still happen.

In a perfect world, greater awareness would not come from tragedy. However, the phenomenon of “tombstone legislation” often goes hand in hand with “tombstone awareness.”

“The high profile death that everybody remembers is Reggie White, the football player,” says Grandi. “There have also been automobile accidents—trucking accidents where there has been loss of life, and that has provided some additional focus. There is also the widely reported fact that untreated sleep apnea carries a number of comorbidities such as heart disease, diabetes, and depression. Some people even say Alzheimer’s may be linked to untreated sleep apnea, so there is a greater appreciation that it is a real and growing problem.”

Thanks to the Internet, Grandi says, apnea awareness can actually be objectively measured. “If you go to Google News and search for sleep apnea, you can track the increasing number of entries,” explains Grandi, who has served as ASAA’s executive director since 2004. “The numbers are staggering. Between 1980 and 1989 in Google, there were 782 entries in the news category. From 1990 to 1999, there were 1,750 entries. Between 2000 and 2010, there were 9,260 entries.”

OPPORTUNITY OF A LIFETIME

After more than two decades as an insurance broker in Washington, DC, Grandi worked for nonprofits for about 4 years before the opportunity to head the ASAA came up. It wasn’t long before he realized the massive scope of the sleep apnea problem. If the numbers are even half as large as predicted, the number of undiagnosed patients indeed represents the work of a lifetime.

As it stands now, the value of sleep is so widely recognized that there is plenty of room for the ASAA to comfortably exist within the alphabet soup of organizations devoted to slumber. The ASAA and the Illinois-based American Academy of Sleep Medicine (AASM), for example, have parallel missions, but the lines rarely cross.

ASAA considers its audience to primarily be the general public, while the AASM is largely recognized as an organization for medical professionals. “If there is an entity that we would call a sister organization, it would be the National Sleep Foundation,” explains Grandi. “They have professionals as members, but they are not a patient-interest organization. So, with respect to sleep apnea, we are peerless.”

Being in the nation’s capital has its advantages, and Grandi uses the location to stay in close contact with agencies such as the Department of Health and Human Services, the Department of Transportation, and Capitol Hill. “There are lots of other similar organizations to ours where we would be collaborating, so it makes a lot of sense for us to be here,” he says.

While a location for the 2011 conference has not been officially nailed down just yet, it is likely to be held in November in nearby downtown Baltimore. Keeping it convenient and inexpensive is a priority for Grandi, as is ensuring that content is relevant and focused. “One of the things we did last year was offer presentations from companies that have different practices for being able to diagnose and treat people,” says Grandi. “We wanted to be sure that truck drivers were diagnosed and treated in a timely and effective manner so as not to prevent drivers from being able to maintain their livelihoods. We want this also to be the case for people in other transportation fields.”

While continuing to foster a collaborative environment, Grandi hopes attendees can ultimately generate a set of recommendations that can be used by regulators and federal agencies to make binding policy decisions. “Our hope is that at a future conference we would even begin to expand beyond transportation and look at workplace conditions within manufacturing and other areas where untreated sleep apnea can have a potentially negative consequence for performance, productivity, and worker safety,” says Grandi. “We can and should expand into larger and more diverse environments.”

With the inherent costs of poor workplace safety such a huge problem in many industries, Coppola believes the message will resonate with American businesses. “There was and is a huge economic incentive for the trucking industry to get their arms around this problem, and they have figured this out even before we got involved with them,” says Coppola. “They developed their own programs because they realized that their liability is potentially huge. These tractor trailer accidents can cost millions of dollars.”

Other large companies know that if they treat sleep apnea in their drivers, they are going to prevent comorbidities such as high blood pressure. “On that level, it’s a cost-saving measure,” says Coppola, who is also national medical director of Total Sleep Diagnostics. “Healthier drivers are more awake, more alert, and more productive.”

Despite all the awareness among clinicians and the general public, Coppola admits that he and his fellow physicians have a lot of unanswered questions, including: What is the degree to which clinicians can reverse fatigue and performance issues?; What level of sleep apnea requires what level of treatment?; How many hours of apnea treatment per week do you need to provide a safe environment and a safe worker in the transportation industry?

In 2009, Sleep Review published comments from “a source highly familiar with the [trucking] industry,” who chose to remain anonymous. The source said: “Roughly half of all truckers in the United States are independent owner-operators. Their business margins do not compare to those of the large fleet carriers. For the independent truckers, as well as some fleet drivers, to be compelled to pay personally out-of-pocket for mandatory sleep apnea tests in order to continue their livelihood is extremely controversial within the entire industry. The independent drivers would demand scientific evidence that sleep disorders are significant attributable causes of fatal crashes involving large vehicles warranting the tests. They will ask, ‘Where is the proof that this is a severe public safety matter? What does the crash evidence reveal?'”

While those comments appeared almost 2 years ago, not much has changed. “We see people use CPAP 3 hours a night. It’s not ideal, but they feel better and they function better. Is that enough?”

Right now, Coppola believes that hard data does exist to help answer this question thanks to the work done on hypertension, which can be readily measured and studied. “If you use CPAP about 5.5 hours per night, that seems to be the point where you start to see improvement,” says Coppola. “But when you drill it down to the transportation industry, what is good enough? This is their livelihood. What is the minimum where we say, ‘Okay. If you don’t do this, we are going to take your license away to fly a plane or drive a truck?’ More research is necessary.”

Not only is research needed but also greater collaboration and understanding between stakeholders. Providing a venue where such ideas can be shared and advanced is where Grandi and his colleagues at the ASAA hope they can play a key role. 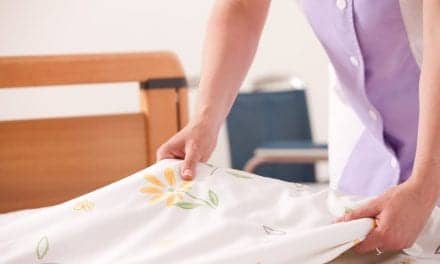