Pulmonary Hypertension and Sleep Apnea: How Important is the Connection?

A 73-year-old woman was referred by her cardiologist for evaluation of pulmonary hypertension. She has complained of dyspnea on exertion for a few years, becoming short of breath on climbing stairs or walking more than 50 feet. She denies cough, sputum production, or wheezing. She smoked three packs of cigarettes per day until she quit 5 years ago. She noted a 20-pound weight loss over the past year.

She described significant daytime sleepiness, with an Epworth score of 18. Bedtime was 10 pm, sleep latency was short, and she got out of bed at about 7 am. She was described by her partner as a severe snorer, and apnea had been observed during her sleep on occasion.

Medical history included coronary disease with previous stent placement, gastroesophageal reflux disease, hypothyroidism, and hypertension. Family history is remarkable for her mother, who was a severe snorer, and the patient had a niece with sleep apnea.

On examination, blood pressure was 176/90, pulse: 83, oxygen saturation: 94%, weight: 224 pounds, and height: 63 inches. The oropharynx was moderately crowded, with a redundant soft palate; she had a Mallampati score of 3; her chest was clear; cardiac examination was unremarkable; and extremities were without edema.

Pulmonary function testing was normal, and a methacholine challenge was negative. A chest CT showed a small nodule, while lung parenchyma was otherwise normal.

So, what is the significance and etiology, of pulmonary hypertension in this patient?

OSA is clearly a major risk factor for cardiovascular morbidity. Data emerging from the Sleep Heart Health Study showed that sleep apnea is an independent risk factor for coronary artery disease, congestive heart failure, and stroke even at modest levels of severity.1 The prevalence of sleep-disordered breathing is estimated at anywhere between 2% and 4% of the adult population. The disease is more common in males than in females, and clearly more common in patients who are overweight.

Chaouat et al2 in 1996 reported 220 consecutive patients with OSA as defined as AHI >20. All patients had right heart catheterization. Pulmonary hypertension, defined as a mean pulmonary artery pressure Ž20, was found in 17%. In these patients, however, there was significantly worsened lung function and more daytime hypoxemia than in patients with normal coronary artery pressures. There was, in fact, a better correlation with indices of pulmonary function and arterial blood gases than with apnea index or AHI.

In a follow-up paper in 2002,4 the same group showed that CPAP improved pulmonary hemodynamics. Mean pulmonary artery pressure declined in all patients with sleep apnea, with the greatest change seen in those with pulmonary hypertension.

It is perhaps not surprising that pulmonary hypertension might be seen in patients with OSA. The pathogenesis of pulmonary artery hypertension is thought to be the activation of vascular pathogenic mediators leading to vascular wall remodeling. There is increasing evidence that OSA is associated with increases in adhesion molecules such as ICAM-1 and selectin,9 vascular endothelium growth factor,10 and NF kappa B. Endothelin-1 has been shown to increase after 4 hours of untreated sleep apnea, and decrease after 5 hours of CPAP treatment.11 Endothelin-1 is a major cause of vasoconstriction and myocyte hypertrophy in pulmonary hypertension. 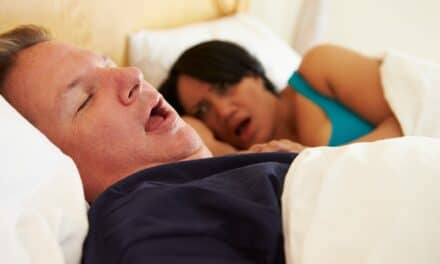 Dronabinol Is a Strong Contender for the First Sleep Apnea Pill