Findings from a newly released study suggest that inflammation—long viewed as a consequence of obstructive sleep apnea—may also serve as a valuable predictor of the sleep disorder.

In the abstract, Penn State College of Medicine researchers say it is the first ever study to focus squarely on the “complex interplay between obesity, obstructive sleep apnea (OSA), and inflammation using a longitudinal study population.”

The study, which included 51 children and adolescents with OSA between the ages of 5 and 12, was conducted in 2 parts, with the baseline and follow-ups separated by 8 years. At both intervals, the participants underwent a sleep study to determine the severity of their OSA as well as a complete physical. Blood also was drawn to measure their levels of C-reactive protein (CRP), an indicator of inflammation. At follow-up, visceral, subcutaneous, and total fat area were assessed via dual X-ray absorptiometry.

In boys, CRP was associated with higher follow-up apnea-hypopnea index (AHI), according to the study, the results from which are published in the journal Brain, Behavior, and Immunity. When increased CRP was then entered into a model predicting follow-up AHI, the researchers state in the paper “waist circumference was no longer significant, indicating that inflammation largely explains the association between increasing central obesity and OSA severity.”

The findings suggest inflammation originating from abdominal fat precedes the development of OSA, rather than simply occurring as a result of the disorder, says Jordan Gaines Lewis, PhD, adjunct professor of psychiatry in the Penn State College of Medicine, and lead author of the study. Earlier studies have suggested higher incidence of belly fat in men as one possible explanation for between 17% and 24% having OSA, compared with just 5% to 9% of women.

“In adults, we know that waist circumference is the strongest predictor of sleep apnea, especially in men,” Lewis tells Sleep Review. “Our study shows that the same inflammatory and metabolic patterns are emerging even as young as childhood.

“While CPAP [continuous positive airway pressure] is often a first line sleep apnea treatment for adults, many children with sleep apnea are referred for adenotonsillectomy surgery. [However] a growing body of research shows that weight loss, when combined with CPAP therapy, is even more effective at reducing both inflammation and sleep apnea severity compared to using CPAP alone.”

The researchers’ findings could pave the way for the development of biological-based interventions as opposed to CPAP machines, which are not well tolerated by many, and especially not in children and adolescents, says Alexandros Vgontzas, MD, professor in the Penn State College of Medicine, in a release.

The revelation that CRP levels may predict risk for developing OSA is another major clinical implication of the study’s findings, says Vgontzas. Checking levels of inflammation by measuring CRP in an adult male patient, for example, “may help us predict whether he is at risk for developing severe apnea or other cardiometabolic problems, such as hypertension or diabetes in the future,” he says.

Lewis agrees. “Our findings suggest that in many cases, sleep apnea treatment in both children and adults should focus on the systemic problem of obesity and inflammation, rather than mechanical treatments that simply function to open the airway,” she says.

Chuck Holt is a Florida-based freelance writer and editor. 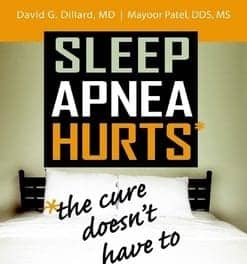