The pain of fibromyalgia can make a laboratory sleep study difficult for patients with this condition. To help overcome this problem, researchers can use virtually attended sleep testing. In the following case report, results of virtually attended testing showed not only typical abnormalities in the non-REM stages of sleep, as reported in other fibromyalgia patients, but also these same abnormalities (alpha intrusions, beta intrusions, sleep spindles, and k-complexes) were found in REM sleep.

Background: Fibromyalgia has been characterized as a chronic syndrome affecting the musculoskeletal system and associated with fatigue, sleep disorders, and other symptoms. A common symptom among fibromyalgia patients is poor, unrefreshing sleep. It has been well documented that polysomnographic recordings of fibromyalgia patients show abnormally high frequencies of alpha intrusions throughout the stages of non-REM sleep.1, 2 These alpha intrusions have been characterized as phasic—occurring during delta sleep; as tonic—continuous throughout non-REM sleep; or as low alpha activity.3 It also has been shown that low alpha activity occurs in the majority of control patients.3 Other polysomnographic studies have demonstrated abnormally high frequencies of alpha intrusions, and k-complexes throughout non-REM periods.4 Recent studies, however, have not focused on aberrations that occur during the stages of REM sleep.

Patient Description: DP, a 56-year-old woman with a BMI of 23, was diagnosed with fibromyalgia in 2003 using criteria established by the American College of Rheumatology. Her symptoms included muscle and joint pains in her shoulders, elbows, hips, upper back, tailbone, and feet. She also complained of difficulty sleeping, waking unrefreshed, and waking with moderate, generalized headaches. In addition, she was diagnosed with periodic limb movements in sleep (PLMS) for which she was prescribed clonazepam 1 mg at bedtime to control her symptoms.

Case Description: DP underwent a virtually attended, overnight polysomnogram (PSG) study in her own home—one of the first of its kind done on a fibromyalgia patient. Using CleveMed’s PSG@Home wireless system, we captured this patient’s full PSG, including video, in her own home environment in real time.

Respiratory variables were recorded using a nasal/oral cannula to monitor airflow through the nose and mouth. Chest and abdominal wall movement was monitored through the use of belts (piezoelectric). An electrocardiogram was used to monitor heart rate, and pulse oximetry was used to monitor oxygen saturation (SpO2). The patient then went home to sleep at her usual bedtime. Prior to sleep, she filled out an Epworth Sleepiness Scale and a presleep questionnaire. She was instructed to take her clonazepam before bedtime as usual. An 8-hour, 53-minute PSG was recorded. A registered polysomnographic technician virtually monitored her sleep using Crystal PSG software on a laptop computer with a PCS broadband cell phone card. At the end of the recording, the patient filled out a postsleep questionnaire within 1 hour of waking.

Sleep scoring: The PSG data was staged and scored by a registered polysomnographic technician. A report was generated using the Crystal PSG software. Sleep scoring and staging were based on criteria defined by Rechtschaffen & Kales (R & K).5 Non-rapid eye movement (non-REM) stages were subdivided into stages 1, 2, and delta. REM stage was defined as:

PLMS were defined using the generally accepted guidelines for scoring established by R & K.5 They were scored as such only in those epochs in which the patient was asleep. They were viewed as repetitive limb movements during sleep (four or more in succession), occurring in the legs. Each movement lasted 0.5 to 5 seconds, and the time interval between movements was 4 to 90 seconds.

Arousal was defined as an abrupt shift in EEG frequency—occurring with or without movement—according to the criteria set by the American Sleep Disorders Association (ASDA).5 These shifts can include theta, alpha, and/or frequencies greater than 16 Hz but not spindles.

In all, there were 110 total epochs of REM. A registered PSG technician evaluated each epoch by sight, using criteria established by R & K, to determine the percentage of each waveform per epoch.5 Each waveform was categorized as occurring in <20% of the epoch, between 20% and 50% of the epoch, or in >50% of the epoch. Furthermore, the number of arousals caused by each was totaled using the criteria for arousals in REM established by ASDA and R & K.5 An analysis of these REM epochs is shown in the Table.

All 110 epochs in REM were found to have alpha intrusions, beta intrusions, sleep spindles, and k-complexes. Also, there was no significant evidence to suggest OSA on a mild to moderate scale. We did see, however, some periods of upper airway resistance and some mild snoring. Her respiratory distress index (RDI) was 4.5. Her baseline oxygen saturation (O2Sat) was 95.3%, and her lowest O2Sat was 89%. In addition, no significant signs of PLMS or other primary sleep disorders were found.

On her postsleep questionnaire, the patient stated that she did not feel like she attained a deep, restful sleep. On a scale of 1 to 5 (1 = poor, 2 = fair, 3 = good, 4 = very good, 5 = excellent), she rated the quality of her sleep as 1. On a scale of 1 to 5, she rated how refreshed she felt following sleep as 1. Moreover, she stated that she did not dream in spite of the fact that she attained 110 epochs of REM.

Current literature does not give evidence to support the fact that these REM abnormalities could have been caused by clonazepam. In addition, because the patient’s RDI was 4.5, it is unlikely that she suffers from sleep-disordered breathing.

Areas needing further investigation include the impact of joint and muscle pains as causal factors behind the EEG abnormalities. Nonetheless, this case study presents two findings: 1) REM sleep architecture in fibromyalgia patients may contain additional disease-specific signatures that could help in the overall understanding of disease etiology and progress, and 2) Real-time home polysomnography on fibromyalgia patients is possible, which should boost further sleep research in this hard-to-reach population.

From Whiter Teeth To A Better Night’s Sleep: The Case Of Orthodontics, Occlusion, And Overall Health 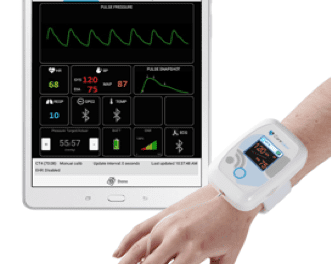