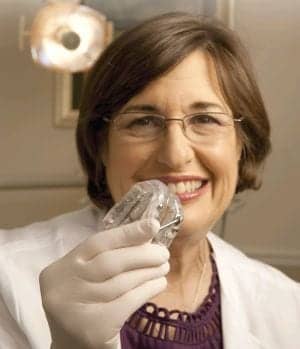 Is there room for two gold standards in the world of sleep? In 2011, most sleep physicians still put CPAP in the gold category, with oral appliances taking the second-place silver slot. If Sheri Katz, DDS, has her way, that hierarchy may someday be a bit more nuanced—perhaps with CPAP at 18 karats and oral appliances at 14.

CPAP has the benefit of time and the respect that goes with it. Among patients, however, oral appliances frequently carry a significant preference advantage. “Given the option, about 70% of patients choose oral appliances,” says Katz, president of the American Academy of Dental Sleep Medicine (AADSM), Darien, Ill. “Oral appliances are noninvasive, convenient, discreet, easy to travel with, and it’s a therapy that works. Dentists who are interested in participating in this field must take the correct training and know the proper protocols. We need more dentists to do this, but only as many as we can properly train and accredit.”

As a sleep apnea sufferer and oral appliance user herself, Katz believes wholeheartedly in the efficacy of dental sleep medicine. Despite evidence and consumer preference, she knows respect in the medical community is built on positive experiences. “Satisfaction depends on patients working with qualified dentists,” stresses Katz. “Sleep physicians and other referring specialists are going to be disappointed if they send [a patient] to just anyone, and the patient is not titrated properly or brought through a proper protocol. By the same token, we can be disappointed by blindly putting everyone on CPAP. If we work together and build relationships, we can form effective teams.”

AADSM membership is growing quickly every year, and the Dental Sleep Medicine Facility Accreditation Program, launched earlier this year, figures to make it easier to find qualified dentists. “How can the public, referrers, and third-party payors—including Medicare—identify who is well trained in the field?” asks Katz. “Every dentist can make an impression and probably get some sort of device inside a patient’s mouth. But should they be doing this if they do not have the proper training? The answer is no.”

Katz hopes that AADSM facility accreditation will serve as a seal of approval to guide entities beyond mere state licenses. “State licensure has really been more of a tax revenue source, and not successful in identifying who is really competent,” she says. “The facility accreditation process demands that we demonstrate our knowledge through a policies and procedures manual. Facility accreditation requires certain levels of education, so many hours in the field, and eventually a board certification, which we offer.” 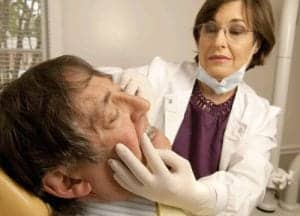 When Katz began practicing dentistry in 1978, CPAP had not yet been invented. Restorative dentistry ruled dental school curriculums from coast to coast, with only occasional showings from the so-called “fringe” disciplines of orofacial pain and TMJ.

Steven Scherr, DDS, graduated from dental school just 3 years after Katz began practicing, and he had “never heard of sleep apnea” up to that point. A little more than a decade ago, that all changed when a physician asked him to make an oral appliance. “I hardly knew what sleep apnea was,” admits Scherr, owner of the Sleep Disordered Breathing and Facial Pain Centers of Maryland, Pikesville, Md. “I figured I would try anything once, and it worked out. The patient was thrilled. She had tremendous success, and felt much better. The referring physician sent more patients, and his partner sent even more. Within 2 years, 50% of all my patients were referred for treatment of sleep-related breathing disorders.”

Scherr’s growing stable of referring clinicians represents an overall awareness in the medical community that mirrors a massive push in the consumer media. Initially skeptical physicians have taken the time to read the research, and converts are now embracing the idea that CPAP is not the only viable treatment for sleep apnea.

The American Academy of Sleep Medicine (AASM) opened the door by publishing practice parameters in 2006. The report concluded that oral appliances are indicated for use in patients with mild to moderate sleep apnea. 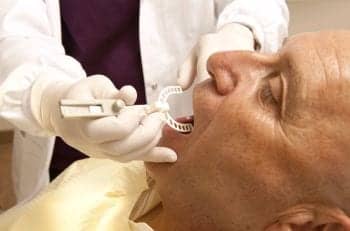 Don A. Pantino, DDS, agrees that medical understanding has taken “a huge jump” in oral appliance acceptance, and he predicts that will only grow. “In 2006, we looked at the new data and oral appliances were doing well,” says Pantino, who owns a private dental practice in Islip, NY. “As a matter of fact, they should be offered as a first-line therapy for mild and moderate patients. Patients should be educated and given a choice. The conventional wisdom is still that CPAP is more effective for severe patients. However, if that does not work, it is OK to try an oral appliance or combination therapy.”

With the research question partially answered, concerns shifted to insurance companies that largely would not pay. As of January 2011, however, a custom fabricated mandibular advancement oral appliance used to treat OSA is covered if certain criteria are met, according to a new local coverage determination. “CMS officials did not make that decision lightly,” says Scherr. “In this economic age, medical directors would much rather not introduce a new therapy that they must pay for. But they also did an extensive literature review, and they felt the literature strongly supported the use of oral appliances for the treatment of sleep apnea.”

Recognizing the growing importance of dental sleep medicine, officials at Tufts University, Boston, ultimately installed a formal dental sleep medicine curriculum—a move in line with the university’s past accomplishments within the nonrestorative realms. Pantino, an adjunct professor at Tufts, points out that as recently as 1999, sleep garnered about 2 hours of instruction during a 4-year medical school stint—a time frame he views as absurd in light of the fact that humans spend one third of their lives sleeping. 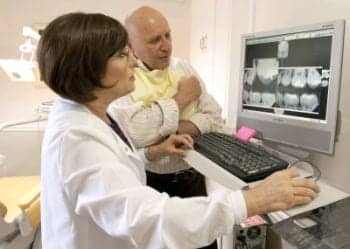 A thorough dental examination, including appropriate radiographs, is necessary to determine if a patient is a good candidate for oral appliance therapy and to decide which dental device to use.

Even in 2011, promoting sleep at the dental school level is necessary. With this in mind, Pantino has used his role as president of the American Board of Dental Sleep Medicine (ABDSM) to help develop a digital PowerPoint presentation to introduce the academy and explain the importance of a sleep curriculum.

Beginning in March 2011, students have an opportunity to learn through accompanying modular lessons in the classroom setting or online. Call it an educational initiative or even a marketing tool, but it is all part of an ambitious goal to convince 100% of dental schools to develop formal dental sleep medicine programs.

Pantino believes a greater focus in the academic setting will naturally lead to a cultural shift among dentists who, at the very least, should be actively checking for signs of sleep apnea within every patient. “Every patient who snores or suffers from hypertension, diabetes, depression, and obvious anatomical landmarks should be considered,” says Pantino. “As medicine goes toward a more holistic approach and we screen for more things, oral appliances make perfect sense. So many patients are going to be diagnosed, and CPAP can be noisy, painful, and not ideal for everyone. When oral appliances are properly applied, with the right adjustments, and administered to the proper patients, they can have a remarkable benefit.”

And given enough time and evidence, that old gold standard may gradually change. “In general, it takes 15 to 20 years to get new advances through the system, and then another 5 to 10 for insurance companies to catch up and pay for them,” adds Pantino. “The gold standard is usually the first thing out there. I make it clear to my patients that I really want them to try the CPAP, and if it works, that is wonderful. I am not here to sell patients appliances. I am here to make sure they get the best therapy that is going to work for them.” 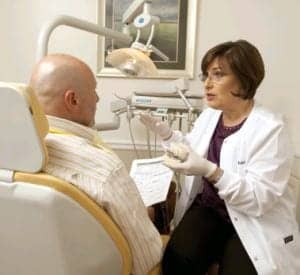 Pantino estimates that no more than a dozen dental practices in America are dedicated solely to sleep, with absolutely no teeth cleanings, cavity fillings, or any of the other procedures familiar to traditional dentistry. Even in 2011, the business model represents a radical departure from familiar restorative dentistry.

Steven Scherr is one of those unusual practitioners. He filled his last cavity in 2005 and never looked back. Now he is the go-to expert for countless Maryland sleep physicians, other dentists, pulmonologists, neurologists, ENTs, and a fair number of internists. “To do it well, I needed to really focus in that area,” explains Scherr, a director on the AADSM board. “It has been 6 and a half years since I last touched a high-speed handpiece. I know my limits, and I know what I do well. Doing restorative dentistry is a difficult thing, and you must do it regularly. Managing these patients is really the key. Anybody can put a piece of plastic between teeth, but it is what you do with the patient and the appliance afterward that makes a difference between success and failure.”

In response to massive potential nationwide, the industry has grown to accommodate demand. Various companies have established extensive training programs for dentists interested in getting more involved in dental sleep medicine. “This is an incredible field with so much to offer,” says Katz. “Ultimately, we need sleep dentists in each area of the country. With enough dentists in the right areas, we can provide the benefits that patients will demand, and that is our goal.” 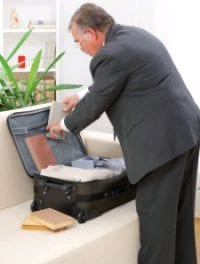 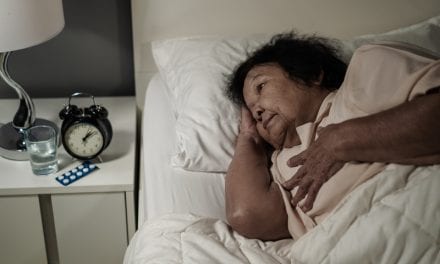 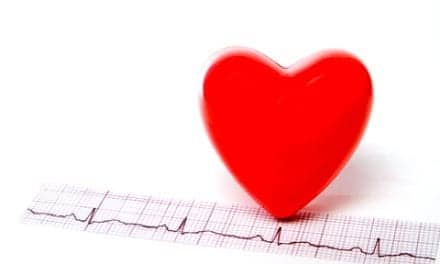 Sleep Apnea May Raise Women’s Heart Risk, But Not Men’s

Hypoglycemia Does Not Wake Patients With Type 1 Diabetes