The Difference Between Success and Failure

The use of oral appliances for the treatment of sleep disordered breathing is no longer in question, only their proper use and application require clarification. Researchers and clinicians agree that forward repositioning of the mandible successfully reduces symptoms in most patients. There remains, however, debate regarding the vertical component (bite opening), or caudal displacement, of the mandible. How much bite opening is ideal?

Researchers are testing the hypothesis that increasing the caudal displacement of the mandible depresses the tongue and brings the soft palate forward via the anterior and posterior tonsillar pillars. A second hypothesis is that a scalloped lateral border of the tongue indicates the tongue is too large for the size of the oral cavity and that these scallops are a mirror image of the bicuspids and molars. Because of this overcrowding, the tongue is pushed posterior, creating an apneic event. These two hypotheses would have practitioners looking at the anatomy that comprises the anterior wall of the oral pharynx. For example, a subject whose tongue has a scalloped or serrated lateral border would lead a physician to predict that uvulopalatopharyngoplasty (UPPP) surgery might not completely resolve the obstructive sleep apnea (OSA). Likewise, a dentist evaluating a subject, noting the presence of a long, webbed-shaped soft palate, might not consider treatment of OSA by utilizing an oral appliance without a large amount of vertical opening. Observing these anterior wall components of the upper and mid oral pharynx could lead to a higher success rate of treatment. At this time, however, these hypotheses are all entirely speculative.

The following case study demonstrates that the solution is not as simple as these theories might have one believe and additionally demonstrate that vertical opening is as important as horizontal advancement of the mandible in oral appliance therapy.

Case Study
On May 30, 1990, a patient was referred for an overnight diagnostic polysomnogram. His primary concern at this time was treatment of his severe snoring. The study revealed a respiratory disturbance index (RDI) of eight events per hour and he weighed 175 pounds. A UPPP was performed in an effort to eliminate the severe snoring. Unfortunately, the patient had no relief from his primary complaint and the apneas had worsened. On February 26, 1993, a second polysomnogram revealed an RDI of 33 events per hour. The patient’s weight had been maintained at 175 pounds. Treatment with nasal continuous positive airway pressure (NCPAP) was prescribed, which completely eliminated his apneas and hypopneas with a calibration of 5 cm.

When it was announced to an OSA support group that volunteers were being solicited for a study to treat OSA with oral appliances, the patient, then 35 years old, became one of 13 consecutively treated patients who was interested. He wanted “to gain freedom from the NCPAP because at his age, the mask and hose were not very romantic.” The patient was then seen on February 26, 1996. He presented a well-trimmed soft palate with no uvula and a large tongue that had scalloped borders. His body mass index was 30.51 with a neck circumference of 16.5 inches. One would expect that mandibular advancement alone would successfully treat the patient as the UPPP had cleared the velopharynx area; this was not the case.

An overnight diagnostic polysomnogram performed on the patient in March 1996 revealed an RDI of 101 events per hour and a minimum oxygen desaturation of 83.4%. His weight had increased to 200 pounds. A custom elastic mandibular advancement appliance (see Figure 1) was placed on April 23, 1996. A subsequent polysomnogram was performed on May 5, 1996, with the patient wearing the oral appliance with 12-mm advancement and 14-mm vertical opening. This study revealed a reduction of his RDI to 10 events per hour with a minimum oxygen desaturation of 92%. The patient experienced significant symptomatic improvement using the oral appliance and stated that he wore the device whenever he slept. The appliance broke in December 1997. Soon after that, a new appliance was placed at the same level of advancement but without taking a measurement of the vertical opening. In mid January, the patient stated the new appliance was not working. He was snoring and daytime sleepiness had returned. A bite opening measurement of 11 mm was taken on January 22, 1998. The vertical opening was immediately increased to 14 mm with 12-mm advancement. The additional 3 mm of vertical opening completely eliminated the snoring and daytime sleepiness.

Discussion
This case poses many questions. What kind of RDI reduction would we be reporting had we altered (increased or decreased) the amount of caudal displacement in the 13 cases? Had we not started with the large 14 mm of bite opening, this severe case would not have been successfully treated initially. With our early cases, we were not attempting to minimally open the bite. We looked at the amount of overbite and curve of Spee (amount of curve in the occlusal plane of the mandible) to determine bite opening on the appliance. Now we are looking at the soft palate, uvula, and tongue to determine the amount of bite opening, knowing that this may not provide all the answers. Hopefully, research will give us more definitive answers and diagnostic predictors of success. Is it possible that the most effective treatment of OSA with an oral appliance needs to be as individualized as a fingerprint? How will we determine the ideal amount of anterior advancement and vertical opening for each patient?

Figure 2. Polysomnograph used to determine the site of
airway closure.

Should we attempt treatment of severe cases of OSA with oral appliances? Most literature states that oral appliance treatment of OSA should be reserved for mild to moderate cases.1-3 Our findings4,5 are that it is not the severity of OSA that predicts the success of oral appliance treatment, but the site of closure (velopharynx—high, oropharynx—mid, and hypopharynx—low). Of 28 subjects studied in our expanded research, 12 subjects agreed to return for a third polysomnogram to determine the site of airway closure (Figure 2). The site of closure was determined by means of a saline-filled catheter attached to a pressure transducer passed transnasally with its tip positioned just below the rim of the soft palate to obtain oropharyngeal airway pressure. The presence or absence of respiratory fluctuations on the oropharyngeal pressure signal was used to determine if the airway was closed above or below the tip of the catheter. The average RDI of these subjects was 70.2 with a 69.9% drop in RDI with oral appliance treatment. Nine of the subjects closed in the velopharynx and three below the velopharynx. These percentages agree with other studies.6 The three subjects that closed below the velopharynx had a greater than 80% reduction of their RDI demonstrating less than six events per hour. Two of the nine subjects with closure at the velopharynx had a similar therapeutic response, and the other seven subjects had at least a 58% reduction of RDI.5 Bite openings were not altered on any of these 28 subjects from the original 8.75-14 mm.

Conclusion
Every patient’s airway is unique. By having the ability to adjust forward repositioning and caudal displacement of the mandible, we can customize oral appliances to individual patients. While observing the anatomy of the anterior wall of the oral pharynx is important when determining ideal amounts of mandibular advancement and vertical opening, other factors need to be considered. Multiple sites of closure, failure of muscles to respond, and other unknown factors could keep us from obtaining successful treatment.

Oral appliances need not be reserved for mild to moderate OSA cases. This case study belies the importance of effective evaluation and follow-up regardless of treatment modality chosen when treating patients with sleep disordered breathing. More research is needed to better understand how forward repositioning and bite opening affect oral appliance treatment of OSA.

Donald E. Frantz, DDS, has practiced orthodontics for 40 years in the Houston area. A credentialed member of the Academy of Dental Sleep Medicine, Frantz has been involved in oral appliance design and research for the past 8 years. The research was funded by NIH HL61272. 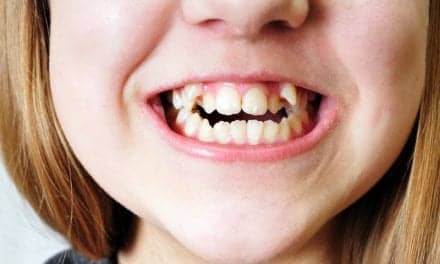 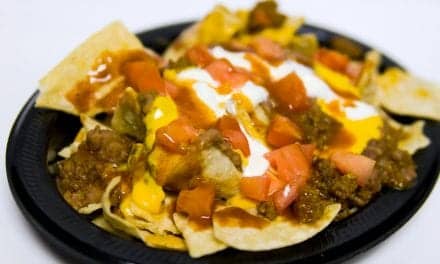