Exceeding the expectations of the organizers, the National Sleep Foundation (NSF) Sleep and Obesity Conference gathered more than 250 attendees in Washington, DC, in March for a 2-day series of lectures.
“We were very pleased at the range of experts that attended, including public health and federal officials from many institutes and centers from the National Institutes of Health (NIH), Centers for Disease Control and Prevention (CDC), and other Department of Health and Human Services agencies,” said Marci V. Cleary, senior public relations director for the NSF.
The number of sleep researchers, obesity researchers, occupational medicine physicians, dieticians, and nutrition representatives gathered indicated the seriousness of the nation’s obesity epidemic. According to figures presented at the conference, the prevalence of obesity has increased for the past 100 years, and will continue to rise rapidly in the future, burdening the world’s health system.
“To be normal weight is in fact now to be in the minority,” said conference presenter David B. Allison, PhD, adding that while the two big suspect causes of the obesity epidemic—food marketing practices and reduced physical activity—are clearly important, there are likely more factors at work than just these two. Allison, who is the director of the NIH-funded Clinical Nutrition Research Center, thought that one of the additional factors could be changes in sleep patterns that have come about since the industrial revolution.
Research has shown that people are spending more time awake and “less sleep is associated with obesity,” he said.
In sleep deprivation studies, volunteers who curtailed their sleep experienced neuroendocrine abnormalities that caused them to not only feel hungrier, but also increased their appetite for calorie-dense foods with high carbohydrate content—in other words, exactly the types of foods that are most likely to cause weight gain, added Karine Spiegel, PhD, a research associate at the Université Libre de Bruxelles, in her presentation later the same day.
The conference also presented evidence of the links between obesity and sleep in children, and between obesity and sleep apnea and diabetes. In total, nearly 30 presenters spoke about the problems of sleep deprivation, sleep disorders, and obesity.
In conjunction with the conference, the NSF also arranged a personal screening of the documentary Who Needs Sleep? by the Academy Award-winning film-maker Haskell Wexler and hosted its annual Night of a Thousand Dreams gala. Honored at this year’s gala were Takeda Pharmaceuticals North America, sleep researcher James K. Walsh, PhD, and Sleep Review editorial advisory board member Theresa Shumard, who took home the NSF’s first ever humanitarian award for her work helping sleep medicine professionals hurt by Hurricane Katrina in 2005. 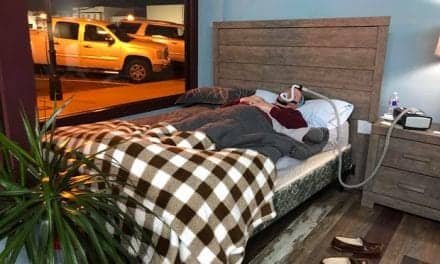 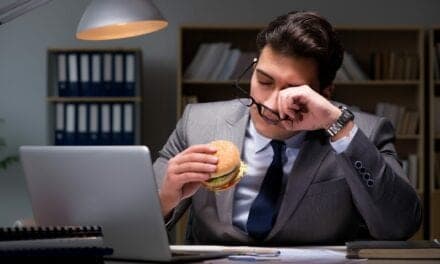 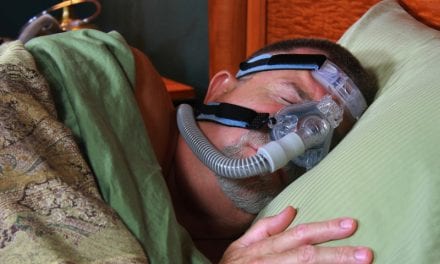