When Too Little Sleep Is a Good Thing

Examining the positive effects of sleep deprivation leads to new information about how we sleep.

Since studies consistently show the detrimental effects of sleep deprivation on performance and alertness, sleep scientists often advise against a person’s becoming sleep-deprived; however, one technique of severe sleep restriction called polyphasic sleep appears to maintain one’s level of performance and alertness. Polyphasic sleep involves taking short naps (about 20 to 30 minutes) every 4 hours. On this schedule, a person will sleep 2 to 3 total hours in a 24-hour period. A National Aeronautics and Space Administration (NASA) study2,3 found that subjects who restricted their sleep to 30 minutes every 4 hours (3 total hours of sleep in a 24-hour period) were more alert and performed better than when they restricted their sleep to an uninterrupted 3-hour period (within 24 hours).

Some people naturally undergo periods of polyphasic sleep. During this time, they note increased productivity and creativity. For example, artists Leonardo Da Vinci reportedly slept for 15 minutes every 4 hours and Michelangelo reportedly slept only 4 hours per night; inventor Thomas Edison slept 3 to 4 hours per night; and politician Winston Churchill had periods throughout his life in which he would sleep 6 hours at night and take a short nap during the day. All of these people had great creativity and/or productivity despite the severe sleep restriction.4

Until the advent of brain imaging, scientists hypothesized that sleep deprivation causes decreased activation of certain areas in the brain, which in turn results in its negative consequences. Validating this hypothesis, some brain imaging studies5 show that a sleep-deprived brain has decreased activity in the prefrontal cortex. This area plays a role in vigilance, attention span, planning, judgment, verbal learning, and some aspects of memory.

A 2000 University of California at San Diego study has found that the brain can compensate for sleep deprivation. In the study, Drummond and associates5 took a baseline functional magnetic resonance imaging (fMRI) scan of rested subjects while the subjects performed verbal memorization tasks. The researchers noted increased activation in the left prefrontal cortex, the left premotor area (located on the frontal lobe), and the speech center on the left temporal lobe. The subjects then underwent a 35-hour sleep deprivation period. Afterward, the researchers took a second fMRI scan as the now sleep-deprived subjects repeated the verbal memorization tasks. Since sleep deprivation usually reduces activation of the prefrontal cortex but verbal tasks increase activation, the researchers expected the area to be activated but at a lower-than-normal level. Instead, the second scan revealed that the prefrontal and parietal lobes were more activated than on the baseline fMRI, the temporal lobes were less active than on the baseline fMRI, and the left middle frontal gyrus and right inferior frontal gyrus (both gyri are part of the frontal lobe) were more activated than on the baseline fMRI.

They additionally noted that the more subjectively sleepy a person felt, the more activated was his prefrontal cortex. They suspect that this may be due to the effect of adenosine (a component of ribonucleic acid). Adenosine plays a role in energy regulation. The level of adenosine continues to rise the longer a person remains awake. Drummond and associates5 believe that the higher-than-normal activation of the prefrontal cortex during the verbal tasks is the attempt of a sleep-deprived brain to counteract adenosine-induced sleepiness.

They also found that some subjects performed a free recall verbal task better than other subjects after the sleep-deprivation period. A comparison of the brain scans revealed that the sleep-deprived subjects who had better recall had a greater activation of their parietal lobes. Drummond and associates believe that areas normally not activated in the parietal lobes during a rested state may become temporarily activated during sleep deprivation to help a person maintain certain aspects of memory—in this case, working memory (memory used in the processes of learning, reasoning, and comprehension).

Although sleep deprivation can result in a depressed mood, it can ironically alleviate symptoms of depression temporarily in some depressed people, who are called “responders.” Brain imaging studies on depressed “responders” show that they have higher activity than depressed “nonresponders” in the cingulate gyri and the amygdala. Both structures are part of the limbic system. The cingulate gyri (which lie above the corpus callosum) play a role in emotion and transient mood changes, and the amygdala (which lies in the tip of the temporal lobe) plays a role in one’s sense of danger and doom. In “responders,” sleep deprivation reduces the activity of these areas to the levels found in nondepressed people. Scientists believe it is this reduction that alleviates depression.

In recent years, brain imaging techniques such as positron emission tomography (PET) and MRI have allowed scientists to directly and unobtrusively see what happens to the brain before, during, and after a period of sleep deprivation. This new look is prompting scientists to develop new views about sleep deprivation. Rather than seeing sleep deprivation as a thing to be avoided at all cost, scientists now see that alertness, productivity, and even creativity are possible on a severely restricted sleep schedule (polyphasic sleep). Rather than seeing everyone as “fatigue-vulnerable,” scientists now know some people can naturally withstand the effects of sleep deprivation for longer periods of time than normal. Rather than seeing a sleep-deprived brain as having one neurological “look” (decreased activation of the prefrontal cortex), scientists now see that a sleep-deprived brain, by shifting its activation, can be dynamic in its ability to allow a person to perform needed activities. With changing views and new findings, scientists hope to use sleep deprivation to improve health and safety. For example, more investigations into depressed “responders” could prove helpful in the diagnosis or treatment of depression and other brain disorders; more experiments on polyphasic sleep may reveal how it can be effectively used in place of stimulant drugs now used to maintain alertness for long periods; and more studies that can precisely determine an individual’s fatigue-vulnerability or fatigue-resistance before performing activities requiring long periods of alertness could help reduce accidents. 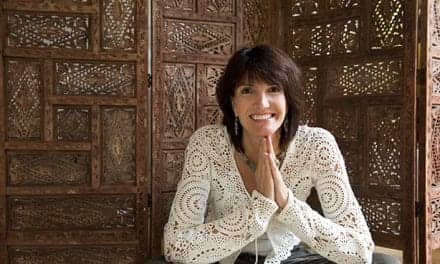 New Book About Breathing Yourself to Sleep 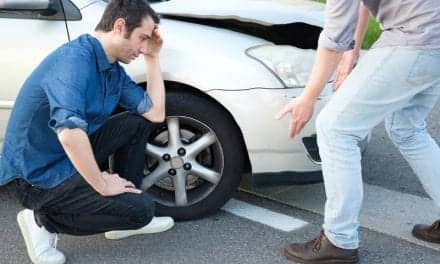