In a series of experiments sparked by fruit flies that couldn’t sleep, Johns Hopkins researchers say they have identified a mutant gene—dubbed “Wide Awake”—that sabotages how the biological clock sets the timing for sleep. The finding also led them to the protein made by a normal copy of the gene that promotes sleep early in the night and properly regulates sleep cycles.

Because genes and the proteins they code for are often highly conserved across species, the researchers suspect their discoveries—boosted by preliminary studies in mice—could lead to new treatments for people whose insomnia or off-hours work schedules keep them awake long after their heads hit the pillow.

“We know that the timing of sleep is regulated by the body’s internal biological clock, but just how this occurs has been a mystery,” says study leader Mark N. Wu, MD, PhD, assistant professor of neurology, medicine, genetic medicine, and neuroscience at the Johns Hopkins University School of Medicine, in a release. “We have now found the first protein ever identified that translates timing information from the body’s circadian clock and uses it to regulate sleep.”

A report on the work appears online March 13 in the journal Neuron.

In their hunt for the molecular roots of sleep regulation, Wu and his colleagues studied thousands of fruit fly colonies, each with a different set of genetic mutations, and analyzed their sleep patterns. They found that one group of flies, with a mutation in the gene they would later call Wide Awake (or Wake for short), had trouble falling asleep at night, a malady that looked a lot like sleep-onset insomnia in humans. The investigators say Wake appears to be the messenger from the circadian clock to the brain, telling it that it’s time to shut down and sleep.

After isolating the gene, Wu’s team determined that when working properly, Wake helps shut down clock neurons of the brain that control arousal by making them more responsive to signals from the inhibitory neurotransmitter called GABA. Wake does this specifically in the early evening, thus promoting sleep at the right time. Levels of Wake cycle during the day, peaking near dusk in good sleepers.

Flies with a mutated Wake gene that couldn’t get to sleep were not getting enough GABA signal to quiet their arousal circuits at night, keeping the flies agitated.

The researchers found the same gene in every animal they studied: humans, mice, rabbits, chickens, even worms.

Importantly, when Wu’s team looked to see where Wake was located in the mouse brain, they found that it was expressed in the suprachiasmatic nucleus (SCN), the master clock in mammals. Wu says the fact that the Wake protein was expressed in high concentrations in the SCN of mice is significant.

“Sometimes we discover things in flies that have no direct relevance in higher order animals,” Wu says. “In this case, because we found the protein in a location where it likely plays a role in circadian rhythms and sleep, we are encouraged that this protein may do the same thing in mice and people. The hope is that someday, by manipulating Wake, possibly with a medication, shift workers, military personnel, and sleep-onset insomniacs could sleep better. This novel pathway may be a place where we can intervene.” 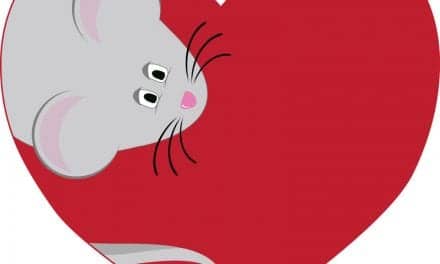