People who work outside of the normal 9-5 schedule or experience frequent jet lag have been found to be at an increased risk for everything from weight gain to cancer, but there are too many variables involved to conduct multi-decade, controlled studies in humans to confirm whether sleep pattern disruption is a correlation or the cause.

In the first study using this model, the researchers—based at the National Institute for Public Health and the Environment (RIVM) in the Netherlands and at the Erasmus University Medical Center—studied female mice with a genetic predisposition to breast cancer, comparable to women who carry a BRCA or a Li-Fraumeni p53 mutation. Typically these mice will develop breast cancer in 50 weeks, but onset was 8 weeks earlier when the mice experienced circadian rhythm disturbances. The mice subjected to the alternative light-dark cycles also gained about 20% more weight than those that were not.

“The conclusion is that chronic changes in light schedules are a driving factor for breast cancer development, weight gain, and other metabolic problems,” says senior study author Bert van der Horst of Erasmus University Medical Center, in a release. In addition, as analyzed by Till Roenneberg (Ludwig-Maximilian University, Munich, Germany), sleep patterns were chronically disturbed. “This outcome is in line with what has been found in epidemiological studies in humans, and now provides strong causal evidence for circadian disruption as a carcinogenic factor.”

Co-author Harry van Steeg of RIVM, says, “There are not many long-term studies like this in animals, and hardly anybody sees effects on weight gain, so to have two endpoints coinciding—early tumor development and weight gain—is surprising.” Additionally, the authors claim to have an ideal experimental setting to study effects of intervention scenarios on long-term adverse health outcomes.

Critics of human circadian disruption studies have pointed to lifestyle factors as a possible contributor to this increased health risk. For instance, women who work nights have also been found to have children at a later age, eat less healthy, exercise less, and drink more alcohol—all factors associated with weight gain and breast cancer. Other possible contributors include internal desynchronization, melatonin suppression, poor sleep, and lack of sunlight. In their mouse study, van der Horst and van Steeg showed that at least low Vitamin D levels (lack of sunlight) or melatonin suppression are not underlying factors in weight gain and breast cancer development, which is further evidence that circadian rhythm disruption is a driver.

“One of the questions we often get is to what extent does a mouse resemble humans,” says van der Horst. “The mechanism of the circadian clock as well as carcinogenesis is comparable in mice and man, and this model opens new avenues for further exploring how circadian disruptions affect the body and how you can intervene to reduce adverse effects.”

In addition, the researchers are looking for biomarkers in mice and humans that would indicate that circadian rhythms are being disturbed. 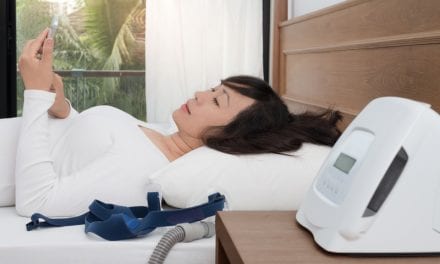 87% of CPAP Users Adherent When Remotely and Self-monitored 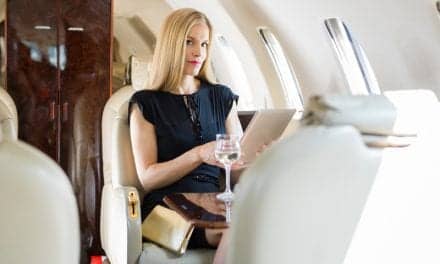