SLEEP APNEA AFFECTS ONE-THIRD OF EPILEPSY PATIENTS
Researchers at the University of Michigan, Ann Arbor, found that one-third of epilepsy patients may suffer from undiagnosed sleep apnea. The finding has sparked a new study to determine if sleep apnea treatment will relieve the severity and frequency of epileptic seizures. The study may also uncover the relationship between sleep and brain function in those without epilepsy.

This study builds on previous work by Beth Marlow, MS, MD, assistant professor of neurology at the University of Michigan Health System, and the late Michael Aldrich, MD, who found the possible link between epilepsy and sleep apnea. The new study is the first that marks the percentage of those potentially effected.

Marlow and her team studied the sleep patterns of 39 epileptic patients who did not respond to antiseizure medication. One-third had obstructive sleep apnea. These patients were more likely to be older and male, and have higher scores on a sleep disorders questionnaire given before the sleep test.

“Even more so than the general population, the epilepsy patient population seems to have a high incidence of undiagnosed apnea, and the effect on their daytime functioning may be even greater than in those without epilepsy,” Marlow says. “Now, we must find out whether addressing that apnea through lifestyle and medical intervention can help.”

More than a few ZZZS may indicate sleep disorder
While 45% of normal adults snore occasionally, 25% are habitual snorers. Those most likely to be affected are males or overweight persons, and the condition worsens with age. For a long time, snoring was considered to be just an annoyance to others, but research shows that this condition can indicate sleep disordered breathing (SDB). Two studies presented at the Annual Meeting of the American Academy of Otolaryngology—Head and Neck Surgery Foundation in Washington, DC, focused on the prominent role of snoring in SDB.

In the study “Snoring: A Cardinal Symptom of Sleep Disordered Breathing,” authors B. Tucker Woodson, MD, and Joseph Han, MD, both of the Medical College of Wisconsin, researched 770 otolaryngology sleep clinic intake evaluation forms from February 1997 through July 1999. The team focused on the relationship between snoring and SDB by evaluating the records using the Epworth Sleepiness Scale and the patient-reported symptom severity index for snoring and sleepiness.

Snoring was the predominant complaint for 72% of the patients. Woodson and Han found that snoring is the predominant symptom of SDB, although patients often identify their condition as a problem with snoring as opposed to SDB. The research team concluded that education about SDB is important to public health.

Another study, headed by Tod C. Huntley, MD, of Head & Neck Surgery Associates, Indianapolis, explored the effectiveness of the uvulopalatal flap (UPF), a procedure performed in the office under anesthesia. Huntley studied two groups of 20 patients with the primary complaint of snoring and polysomnographic evidence of mild obstructive sleep apnea. All patients showed evidence of excessive palatal and uvular soft tissue.

One group was treated with laser-assisted uvulopalatoplasty (LAUP), while the other underwent UPF. LAUP patients received pain medication for an average of approximately 12 days, while the UPF group took medication for slightly more than 8 days.

Huntley found that both UPF and LAUP provided the desired result of reducing the vibration caused by excess tissue in the soft palate and uvula. However, the study concluded that UPF is significantly less painful than LAUP in regard to pain severity, narcotic use duration, and total amount of narcotic pain medication required.

Is There an Association Between Sex Hormones, Sleep, and Lifestyle? 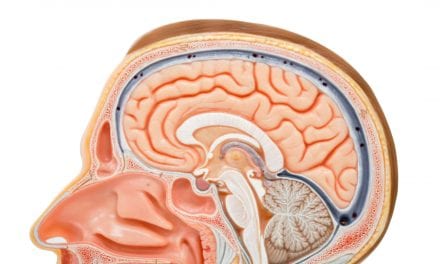