A report from The Washington Post indicates that US Supreme Court Justice Antonin Scalia may have forgotten to use his CPAP machine the evening he passed away and discusses why that can be dangerous.

U.S. Supreme Court justice Antonin Scalia was known for the exacting style of his opinions, the way he labored over each and every word. His hotel room the night of his death on Feb. 13 in Texas reflected this obsession with detail. According to a sheriff’s report obtained by The Washington Post this week, he was lying in bed with his arms at his side and his bed covers smooth. Nearby was his suitcase, which was open and full of neatly folded clothes.

Only one thing appeared amiss: a breathing apparatus. The small device, called a Continuous Positive Airway Pressure (CPAP) machine, was on the nightstand next to him — but unplugged and not turned on.

The finding has sparked speculation that Scalia may have forgotten to use it that night.

The cause of his death hasn’t been definitively given but the Presidio County Sheriff’s Office has said there’s no evidence of foul play and his doctor has noted that the former justice had numerous serious health problems, including heart disease, diabetes and high blood pressure.

Scalia is one of an estimated 22 million Americans who have sleep apnea, a potentially life-threatening condition caused by either a blockage of the airway or a signaling issue from the brain regarding breathing during sleep. This can cause someone to stop breathing — for a second, a minute or more — up to hundreds of times each night. 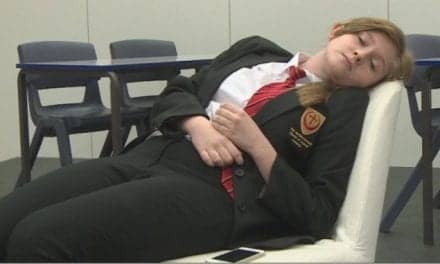