In the pre-clinical study conducted by the Department of Biomedical Sciences at the University of Lausanne and sponsored by NLS, mice that were genetically modified not to express OX2R (knock-out mice) and wild-type mice (normal mice) were investigated for psychostimulant effects when mazindol was administered. The study demonstrated that knock out mice were 70% less sensitive to mazindol compared to normal mice, confirming mazindol’s potent activity as an OX2R agonist.

Ongoing studies sponsored by the company are intended to further confirm and extend this finding to the wake-promoting and anti-cataplexy effects of mazindol, which have been observed in human studies and in clinical practice when the drug was prescribed to treat narcolepsy in compassionate use programs. NLS believes that the new data also support prior in-vitro data from studies conducted by the company demonstrating the partial binding affinity of mazindol to OX2R, which NLS believes is a key pathway that mediates mazindol’s stimulant-like effects. Mazindol is a scheduled IV controlled substance unrelated to amphetamine salts, which are highly regulated and have restricted use.

“We believe these study results confirm that mazindol has a surprisingly unique mode of action, not only as a reuptake blocker of monoamines in the central nervous system like other stimulants, but also having psychostimulant effects through the activation of OX2R,” says Mehdi Tafti, PhD, professor at the University of Lausanne, Department of Biomedical Sciences, in a release. “Given that narcolepsy is caused by orexin deficiency, this finding is important as mazindol has the potential to become the first-available treatment targeting orexin-2 receptors, and the first evidence-based medicine to address this chronic sleep disorder.”

Eric Konofal, MD, PhD, co-founder and interim chief scientific officer of NLS, says in a release, “The results of this knock out mouse study demonstrate mazindol’s potent binding activity to OX2R, which we believe will translate into clinically meaningful results in humans suffering from the core symptoms of narcolepsy—excessive daytime sleepiness and cataplexy attacks. Clinical data from real-world mazindol use, as well as trial results from other orexin-activating compounds validate the utility of orexin receptor stimulation and the potential benefits to both narcolepsy Type 1 and narcolepsy Type 2 patients. We believe that Quilience will provide a differentiated solution in this treatment category given mazindol’s dual mechanism of action, namely orexin pathway activation and pan-monoaminergic reuptake inhibition in the brain. Overall, we believe that the unique pharmacological profile of mazindol will offer synergies that could translate into improved efficacy compared to current treatments, as well as those in development that purely target OX2R.

Alexander Zwyer, CEO of NLS, says in a release, “We are dedicated to the development of Quilience, our proprietary controlled-release formulation of mazindol, which we believe has the potential to provide a superior solution in the treatment of narcolepsy by addressing the disorder at its root cause. Mazindol has been used over many years to treat refractory narcoleptic patients off-label, with evidence of favorable efficacy and safety. We believe that these new preclinical results further support the rationale for our clinical program intended to bring mazindol back to the market in an optimized formulation that can benefit patients diagnosed with narcolepsy and potentially other sleep-wake disorders.” 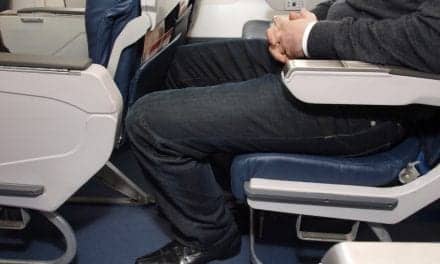