Treatments for desynchronosis could also lead to more therapies for other circadian rhythm sleep disorders.

When Australian sleep scientist Leon Lack, PhD, travels to Europe for conferences, he sometimes wears glasses on the plane—but not the kind that improve vision. Lack’s glasses shine tiny blue-green lights up toward his eyes. The LEDs hit his retina, sending a signal to his hypothalamus that then resets his body clock. He finds that if he administers the light at just the right time, he can overcome jet lag more quickly.

“Quite often if it is a long flight, that is a good opportunity to wear them,” Lack says.

The wearable technology he is referring to is called the Re-Timer, a product that he helped develop, based on research he did at Flinders University in South Australia.1 If Lack is traveling east, he might slip the glasses on in the morning in the days before his trip. If he is traveling west, he wears the glasses in the evening to stay up later. The Re-Timer is one of the many bouts of innovation to surface over the last few years that promise to help people cope with jet lag—a condition caused by the circadian rhythm being out of sync with the current time zone. As awareness about sleep health has become more prevalent, and with more people traveling internationally than ever before,2 scientists and entrepreneurs are joining forces to meet a growing demand for solutions to this common sleep disorder.

“I think jet lag is getting more attention because sleep is starting to get appreciated more, and I think the scientific field is getting more interested in it because sleep disruption is at levels that probably didn’t exist more so than right now,” says Olivia Walch, PhD, research fellow in the department of neurology at the University of Michigan, who helped develop the smartphone app Entrain.

Airport lounges with light therapy rooms have sprung up around the world. Scientists have developed several light therapy devices that can be used on the go. There are phone apps, like Timeshifter, that use algorithms to tell users when to get sunlight or when to take melatonin. A team of mathematicians at the University of Michigan even created mathematical models for more than 1,000 possible travel schedules, which they then encoded into the phone app Entrain. The app crunches the numbers based on each individual’s sleep habits and travel plans to give personalized advice on how to beat jet lag.

“It’s a set of instructions for getting you from one place to another, but instead of it being your physical location, it is your internal time,” Walch says.

Another light therapy device that is currently in development, the Lumos Smart Sleep Mask, works by delivering short flashes of light to the subject during sleep, when people are most sensitive to the phase-shifting effects of light.3

A series of experiments at Stanford’s Center for Sleep Sciences found that flashes of light at short intervals, administered through the eyelids during the hours when a person is normally asleep, were the most effective way to alter the body’s clock. These brief pulses of light are enough to get through the eyelid and manipulate the circadian rhythm, without waking up most subjects. These results were published in the Journal of Biological Rhythms in 2014.4

Jamie Zeitzer, PhD, the assistant professor who led the experiments, explains, “You can get very large changes in circadian timing if you can apply light while people are sleeping.”

Zeitzer has spent the last 20 years studying circadian rhythms, which are controlled by a small group of neurons in the brain called the suprachiasmatic nuclei (SCN). This system can become disrupted by jet lag, leading to exhaustion, disorientation, and trouble falling asleep.

The SCN sits near the crossing of the optic nerves in the hypothalamus and responds to visual stimuli. This is why many emerging technologies to overcome jet lag work with light, either by administering light directly to the individual’s eyes, or by suggesting times to seek out sunlight. This suppresses the release of melatonin, a hormone that naturally occurs in the body but can also be taken as a supplement, to help shift the sleep cycle, says David Brodner, MD, a sleep medicine physician and chief medical advisor to the makers of REMfresh, a continuous release melatonin supplement.

“One of the big forces that drives our circadian rhythm is the sun and when the sun is shining and it is very bright, our brain reads it as it is daytime and the melatonin levels in your body go down naturally. And when the sun is setting and it is dark, our body is stimulated to make the melatonin. So what we can do when we travel is artificially influence that by taking melatonin pills,” Brodner says.

Timeshifter CEO Mickey Beyer-Clausen explains that while each person’s needs are distinct, in all cases “what you really want to do is attack the underlying cause rather than the symptoms. You want to reset the circadian rhythm as quickly as possible.”

While jet lag can seem like just an annoyance, it can cause real health consequences. Circadian rhythm disturbances can throw off the immune system, alter digestion, and can lead to memory problems and cognitive impairment. “Nothing in the body works quite as well when someone is jet lagged,” says Zeitzer, the Stanford sleep scientist.

These health disturbances can also apply to other circadian rhythm disorders, conditions that occur when the timing and duration of sleep fall out of sync with the external environment.

Will there one day be a pill for jet lag? Circadian regulating drug HETLIOZ (tasimelteon), currently indicated for the treatment of non-24-hour sleep-wake disorder, is being investigated by maker Vanda Pharmaceuticals in treating symptoms of jet lag disorder. A phase III clinical study found a total sleep time benefit of 85 minutes over placebo in subjects who simulated crossing 8 time zones.5 A 25-person study in which participants physically traveled 5 or 8 time zones also showed significant sleep time improvements.6 According to a May 2018 press release, Vanda plans to file a supplemental New Drug Application for the treatment of jet lag disorder with the FDA during the second half of this year.7

Personally, he’s never had an issue with these conditions, but before he travels, Lack prepares to use his Re-Timer for jet lag by plugging in information about his sleep patterns and travel plans into a calculator on the Re-Timer website. The site then gives him instructions for how long and when to wear his light therapy device.

“We can re-time the body clock using them and because they are portable, you just put them on at the appropriate time after flying across time zones. And it will help to overcome jet lag because it will give a boost to your body clock timing,” Lack says.

Charmane Eastman, PhD, the founding director of the Biological Rhythms Research Laboratory at Rush University Medical Center in Chicago, says, “It’s not always convenient, but using some of all of these things at the right times can completely shift the circadian clock to the new time zone before getting on the plane.”

6. Vanda Pharmaceuticals. A proof of concept study to evaluate the effects of tasimelteon and placebo in travelers with jet lag disorder. ClinicalTrials.gov Identifier: NCT03291041. 2018 June 25. 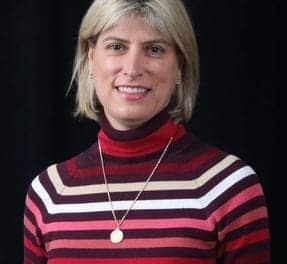 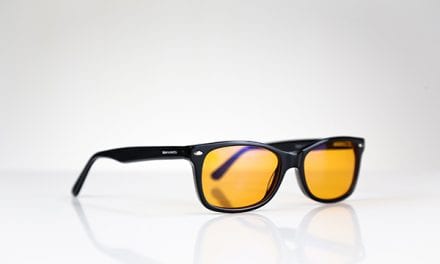 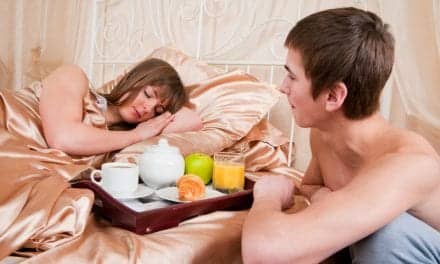 Travelers Vary in Hotel Sleep Expectations Depending on Nationality, Gender