A study of more than 11,000 children followed for over 6 years has found that young children with sleep-disordered breathing (SDB) are prone to developing behavioral difficulties such as hyperactivity and aggressiveness, as well as emotional symptoms and difficulty with peer relationships, according to researchers at Albert Einstein College of Medicine of Yeshiva University.

The new study, published online in the journal Pediatrics, analyzed the combined effects of snoring, apnea, and mouth-breathing patterns on the behavior of children enrolled in the Avon Longitudinal Study of Parents and Children, a project based in the United Kingdom.

Parents were asked to fill out questionnaires about their children’s SDB symptoms at various intervals, from 6 to 69 months of age. When their children were approximately 4 and 7 years old, parents filled out the Strengths and Difficulties Questionnaire (SDQ), which is widely used to assess behavior. The SDQ has scales for assessing a child’s inattention/hyperactivity, emotional symptoms (anxiety and depression), peer problems, conduct problems (aggressiveness and rule-breaking), and prosocial behavior (sharing, helpfulness, etc). The researchers controlled for 15 potential confounding variables, including socioeconomic status, maternal smoking during the first trimester of pregnancy, and low birthweight.

"We found that children with sleep-disordered breathing were from 40% to 100% more likely to develop neurobehavioral problems by age 7, compared with children without breathing problems," said study leader Karen Bonuck, PhD, professor of family and social medicine and of obstetrics & gynecology and women’s health at Einstein. "The biggest increase was in hyperactivity, but we saw significant increases across all five behavioral measures."

Children whose symptoms peaked early—at 6 or 18 months—were 40% and 50% more likely, respectively, to experience behavioral problems at age 7 compared with normally breathing children. Children with the most serious behavioral problems were those with SDB symptoms that persisted throughout the evaluation period and became most severe at 30 months.

Researchers believe that SDB could cause behavioral problems by affecting the brain in several ways: decreasing oxygen levels and increasing carbon dioxide levels in the prefrontal cortex; interrupting the restorative processes of sleep; and disrupting the balance of various cellular and chemical systems. Behavioral problems resulting from these adverse effects on the brain include impairments in executive functioning, the ability to suppress behavior, and the ability to self-regulate emotion and arousal. 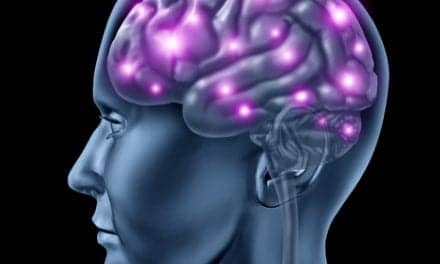 How Sleep Nutures Your Brain