As our understanding of the interrelationship between sleep and depression grows, it is becoming clear that treatment of one may help the other.

Depression as a whole for all age groups is one of the most prevalent and costly disorders in the United States.1 The direct and indirect costs of depression have been estimated at $43 billion each year, not including pain and suffering and diminished quality of life.2 Because the prevalence of depression and associated comorbidities is very high among working-age persons, up to 60% of the societal costs of depression are believed to be due to workplace costs.3

Depression affects as many as 12% of men and 25% of women at some point in their life; the estimated overall lifetime prevalence of depression in the United States is roughly 17%.4-6 Significant depressive symptoms are seen in nearly 40% of all medically ill patients.7 Those with stroke, dementia, diabetes, heart disease, and renal impairment have especially high rates of depression.8-12 The risk of developing major depression spans across ethnicity, education, income levels, and marital status, and persons of all ages may be affected.4 At any given time, about 6 million Americans suffer from depression.13 Furthermore, depression is one of the most frequent reasons for primary care visits.6

The correlation between sleep quality and depression is an important issue, and one that is growing in recognition. More than 80% of people with depression experience sleep disturbances, such as early morning waking or frequent awakenings throughout the whole night.14 Even in chronic low-grade depression, which affects roughly 3% of people, insomnia and/or sleepiness may be the most prominent symptom.15

Medical Disorders
Depression may be associated with other medical problems, including Alzheimer’s disease, cancer, chronic pain, diabetes, heart disease, human immunodeficiency virus (HIV) infection, stroke, and Parkinson’s disease (see Table 1, page 40).16,17 Despite these associations, however, it is important to view depression as a separate and treatable condition; hence, once any comorbid medical conditions have been identified and treated, teasing apart the possible causes for a patient’s depression may not be as useful as simply understanding that a comorbidity exists and treating the depression. The distinction between so-called endogenous depression and depression that is considered reactive is, for practical purposes, irrelevant. Depression can affect a patient’s prognosis and ability to adhere to treatment for other medical problems; hence, depression and associated comorbidities should be addressed carefully and managed appropriately.

Psychiatric Disorders
Depression may also coexist with a number of other psychiatric disorders, such as anxiety and substance abuse. It is not always possible to make a precise diagnosis, particularly in practices in which patients are often seen at an early stage of illness; however, when possible, the physician should differentiate between depression and another psychiatric disorder, because doing so may make it easier to determine the prognosis and to provide effective management.

Insomnia
Insomnia may occur as a result of depression, or may lead to depressive symptoms. Insomnia is associated with significant impairments in quality of life, and insomnia sufferers are more likely to be depressed than those who have good sleep.19 Although the association between insomnia and depression has long been recognized, the issue remains a question of which comes first—”the chicken or the egg?”

In order to address this issue, investigators performed a study to determine whether treating insomnia successfully without medication can cause depression to lift as well.20 A study sample consisting of 86 consecutive patients who presented as suffering from chronic insomnia was established. Two thirds of this sample were people who were also suffering from depression. During an initial hour-long interview, self-report estimates of key sleep parameters were recorded, and a depression questionnaire was administered. The subjects then used a “Sleep Better Without Drugs” self-help program (a book and three audio cassettes) at home to improve their sleep. At follow-up 6 to 8 weeks later, the sleep parameters were recorded again, and the depression questionnaire was administered again. For a person’s sleep to be classified as having “improved significantly,” that person must have fulfilled one or more of the following criteria: a reduction of at least 2 hours in the time taken to fall asleep; an increase of at least 2 hours in total sleep time during the night; a reduction of at least eight in the number of awakenings during the night; or elimination of usage of sleeping medication, with no deterioration in key sleep parameters. Using these strict criteria, 87% of all subjects were sleeping significantly better at follow-up. The key finding of the study was that 70% of the insomnia sufferers who were depressed before treatment and learned to sleep significantly better were no longer depressed, or were significantly less depressed, once their sleep had improved. In contrast, among people who did not learn to sleep significantly better, none experienced a significant reduction in depression.

Management of Sleep Apnea
Nonsurgical approaches to the management of OSA include behavioral modification, drug therapy, and use of mechanical devices. Behavioral modifications include avoidance of alcohol and sedative medications, alteration of sleep position, avoidance of sleep deprivation, and weight loss. Drug therapy for OSA is of limited clinical value, with the exception of thyroxine replacement in patients with hypothyroidism.

Nasal CPAP is the initial treatment of choice for OSA in adults and can reduce mortality associated with OSA.21 CPAP allows progressive restoration of air flow, as the pressure applied exceeds the airway opening pressure. Appropriate CPAP can resolve OSA in many patients. It works by pneumatically splinting the collapsible upper airway. Although effective, CPAP is uncomfortable or intolerable for some patients, and variable patient compliance remains a significant problem. Studies have found that up to 25% of patients discontinue CPAP therapy.22,23

There are also surgical options for the management of severe OSA. Tracheostomy was the initial surgical procedure performed for OSA and is effective in decreasing the morbidity and mortality of the disorder. Because tracheostomy bypasses the collapsible upper airway, it is the definitive surgical treatment for OSA. This procedure, however, is associated with complications and significant emotional and physical morbidity. From the patient’s perspective, tracheostomy is aesthetically and socially undesirable. Nevertheless, tracheostomy remains an important surgical option in patients with severe OSA who cannot tolerate CPAP, and for whom other interventions are ineffective or unacceptable.

Uvulopalatopharyngoplasty (UPPP) is currently the most commonly performed surgical procedure for the treatment of OSA. UPPP is a procedure that enlarges the retropalatal upper airway by excising a portion of the posterior soft palate and uvula with trimming and reorientation of the tonsillar pillars. The tonsils, if present, are excised as well. Historically, UPPP has been considered effective in about 50% of patients with OSA.24 These suboptimal results are due largely to unresolved obstruction of the upper airway in sites other than the retropalatal region. Preoperative screening studies are now used to identify patients in whom the retropalate is the primary site of obstruction and in whom UPPP is more likely to be effective. Significant weight gain after UPPP may also contribute to suboptimal results.

Laser-assisted uvulopalatoplasty (LAUP) has been developed for the treatment of snoring and OSA. It is performed under local anesthesia on an outpatient basis. LAUP is a multistaged procedure that involves carbon dioxide laser excision of the uvula and a small portion of the soft palate at each stage. The goal of staging is to excise the least amount of palatal tissue needed to reduce snoring effectively while reducing the risk of velopharyngeal insufficiency. LAUP has been reported to reduce morbidity, such as pain and bleeding, as compared to traditional UPPP. LAUP is also less expensive and requires less time off from work.

Additional surgical procedures used in selected patients with severe OSA, all of which are designed to enlarge the retropalatal airway, include uvulopalatopharyngoglossoplasty; linguoplasty; laser midline glossectomy; inferior sagittal mandibular osteotomy and genioglossal advancement with hyoid myotomy and suspension (GAHM); and maxillomandibular osteotomy (MMO). Laser midline glossectomy involves laser extirpation of a portion of the posterior midline tongue. Laser lingual tonsillectomy, reduction of the aryepiglottic folds, and partial epiglottectomy may be performed in selected patients. Linguoplasty involves additional extirpation of posterior and lateral tongue tissue. In GAHM, the glenoid tubercle of the mandible (the anterior attachment of the tongue) is advanced by a limited osteotomy of the mandible. MMO enlarges the retrolingual airway maximally and provides some enlargement of the retropalatal airway as well. The major drawback of MMO is that it is a complex procedure limited to only a few institutions, and is associated with significant postoperative morbidity.

John D. Zoidis is a contributing writer for Sleep Review. 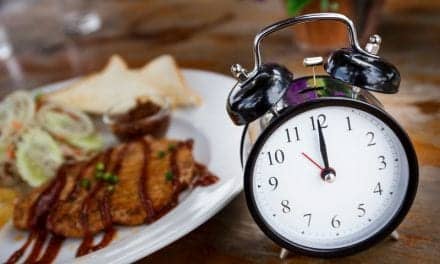