Chronic fatigue syndrome (CFS) and fibromyalgia (FMS) are two common names for overlapping and disabling syndromes. It is estimated that FMS alone affects more than 3 to 6 million Americans, causing more disability than rheumatoid arthritis.1 Myofascial pain syndrome (MPS) affects many millions more. Although we still have much to learn, effective treatment is now available for the large majority of patients with these illnesses.2,3

CFS/FMS/MPS represents a spectrum of processes with a common end point. Because the syndromes affect major control systems in the body, there are myriad symptoms that initially seem to be unrelated. Recent research has implicated mitochondrial and hypothalamic dysfunction as common denominators in these syndromes.4-7 Dysfunction of hormonal, sleep, and autonomic control (all centered in the hypothalamus) and energy production centers can explain the large number of symptoms and why most patients have a similar set of complaints.

To make CFS/FMS/MPS easier to explain to patients, we use the model of a circuit breaker in a house. If the energy demands on their body are more than it can meet, their body “blows a fuse.” The ensuing fatigue forces the person to use less energy, protecting them from harm. On the other hand, although a circuit breaker may protect the circuitry in the home, it does little good if you do not know how to turn it back on or that it even exists.

This analogy actually reflects what occurs. Research in genetic mitochondrial diseases shows not simply myopathic changes, but also marked hypothalamic disruption. As the hypothalamus controls sleep, the hormonal and autonomic systems, and temperature regulation, it has higher energy needs for its size than other areas. Because of this, as energy stores are depleted, hypothalamic dysfunction occurs early on, resulting in the disordered sleep, autonomic dysfunction, low body temperatures, and hormonal dysfunctions commonly seen in these syndromes. In addition, inadequate energy stores in a muscle result in muscle shortening (think of rigor mortis or writer’s cramp) and pain, which is further accentuated by the loss of deep sleep. Reductions in stages 3 and 4 of deep sleep result in secondary drops in growth hormone and tissue repair. As discussed below, disrupted sleep causes pain. Therefore, restoring adequate energy production through nutritional, hormonal, and sleep support, as well as eliminating the stresses that overuse energy (such as infections and situational stresses, etc), restore function in the hypothalamic “circuit breaker” and also allow muscles to release, thus allowing pain to resolve. Our placebo-controlled study showed that when this is done, 91% of patients improve, with an average 90% improvement in quality of life, and the majority of patients no longer qualified as having FMS by the end of 3 months (P<.0001 versus placebo).3

The criteria for diagnosing CFS are readily available elsewhere. The American College of Rheumatology (ACR) criteria for fibromyalgia are more useful clinically. According to the ACR, a person can be classified as having fibromyalgia if they have:

The presence of another clinical disorder, such as arthritis, does not rule out a diagnosis of fibromyalgia.8

Although the tender point exam takes a good bit of time to master, it clinically adds little and will likely be eliminated in the future. There is a simpler approach that is very effective clinically. If the patient has the paradox of severe fatigue combined with insomnia (if they are exhausted, they should sleep all night), they do not have severe primary depression, and these symptoms do not go away with rest, they likely will have a CFS-related process. If they also have widespread pain, fibromyalgia is probably present as well. Both respond well to proper treatment as discussed below. In addition, clinicians may wish to ask the patient if they have the following symptoms:

In addition to strengthening the diagnosis of CFS/FMS, asking about the above issues shows patients that their health care provider understands their illness.

Fibromyalgia may be secondary to other causes. Secondary causes may be suggested by laboratory findings such as an elevated erythrocyte sedimentation rate, alkaline phosphatase, creatine kinase, or thyroid-stimulating hormone. Depression is less likely to be present along with fibromyalgia and CFS symptoms in patients who express frustration over not having the energy to do the things they want to do as opposed to a lack of interest in activities. These patients likely are simply frustrated secondary to their illness and not depressed. MPS shares many of the metabolic features seen in FMS and often resolves with the treatments discussed in this article, but evaluation for structural problems also should be done for this more localized process.

Current research and clinical experience show that these patients have a mix of disordered sleep, hormonal insufficiencies, low body temperature, and autonomic dysfunction with low blood pressure and neurally mediated hypotension. This mix makes sense when you recognize that the hypothalamus is the major control center for all four of these functions.

A foundation of CFS/FMS is the sleep disorder.10 Many patients can sleep solidly for only 3 to 5 hours per night with multiple wakings. Even more problematic is the loss of deep stage 3 and 4 “restorative” sleep. Using natural therapies and/or medications that increase deep restorative sleep, so that the patient gets 8 to 9 hours of solid sleep, without waking or a next-day hangover, is critical. If using medications, the next-day sedation that some patients experience often resolves in 2 to 3 weeks. Meanwhile, have the patient take the medication earlier in the evening so that it wears off earlier the next day, or switch to shorter-acting agents such as zoldipem (Ambien), zaleplon (Sonata), and/or alprazolam (Xanax). Continue to adjust the medications each night until the patient is sleeping 8 hours per night without a hangover.

Most addictive sleep remedies, except for clonazepam (Klonopin) and alprazolam, actually decrease the time that is spent in deep sleep and can worsen fibromyalgia. Therefore, they are not recommended. There are more than 20 natural and prescription sleep aids that can be tried safely and effectively in fibromyalgia and CFS.

The natural sleep remedies that I recommend include:

If natural remedies are inadequate to result in at least 8 hours per night of sleep, consider these medications:

Some patients will sleep well with the herbal combination and/or 5 mg to 10 mg of zolpidem, and others will require all of the above treatments combined. Because the malfunctioning hypothalamus controls sleep and the muscle pain also interferes with sleep, it is often necessary and appropriate to use multiple sleep aids. Tizanidine hydrochloride (Zanaflex), tiagabine (Gabitril), and many other nonbenzodiazepines also can help sleep, and many other options are listed on the available treatment protocol. Because of next-day sedation and each medication having its own independent half-life, CFS/FMS patients do better with combining low doses of several medications than with a high dose of one.

Although less common, three other sleep disturbances must be considered and, if present, treated. The first is obstructive sleep apnea (OSA). This should especially be suspected if the patient snores and is overweight and/or hypertensive. If two of these three conditions are present, and the patient does not improve with our treatment, consider a sleep apnea study. Also look for upper-airway resistance syndrome (UARS). UARS mimics CFS and is associated with snoring, decreased airflow in the nose or throat, low blood pressure, and autonomic dysfunction. If there is no snoring at night, then both UARS and OSA are unlikely.

Sleep apnea and UARS are treated with nasal CPAP or dental appliances that move the lower jaw forward during sleep. A sleep study also will detect RLS, which is fairly common in fibromyalgia.16 Asking the patient if the bedsheets are scattered about when they awake and/or if the patient kicks their spouse during the night will often let you know if RLS is present. It is treated with supplemental magnesium, keeping ferritin levels above 50, and with zolpidem, clonazepam, and/or gabapentin.

Research has shown that treating sleep, hormonal deficiencies, infections, and nutrition will result in 91% of CFS/FMS patients improving. Without getting adequate deep sleep, however, they are unlikely to get well.

Jacob Teitelbaum, MD, is medical director of the Fibromyalgia and Fatigue Centers, Addison, Tex, and author of research studies on CFS and fibromyalgia, and the books From Fatigued to Fantastic! and Pain Free 1-2-3: A Proven Program to Get YOU Pain Free! He has a policy of not taking money from any natural or pharmaceutical companies, and the royalties for his products go to charity. He can be reached through the Q&A section of the Web site www.Vitality101.com.

Sleep Apnea Can Lead to Other Problems for Kids, Doctor Warns 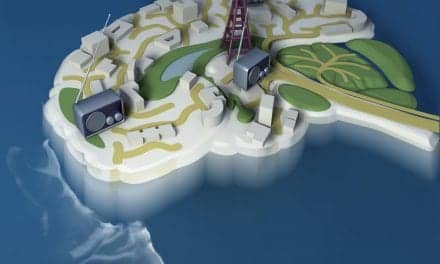 Sacrificing Sleep? Here’s What It Will Do to Your Health