As Americans get heavier and heavier, the incidence of obstructive sleep apnea increases, and results from two clinical studies presented at Anesthesiology 2010 reinforce the need for physicians to screen for the disorder prior to surgery in order to appropriately manage the patient in the operating room.

“If patients with unidentified obstructive sleep apnea undergo surgery, they may have an increased chance of experiencing complications during and after surgery,” said Frances Chung, MBBS, FRCPC, investigator on both studies and professor, Department of Anesthesia, University Health Network, University of Toronto. “A growing amount of evidence suggests that obstructive sleep apnea is associated with heart and lung disease, diabetes mellitus, and a higher rate of early death.”

In one study, investigators asked patients to undergo a sleep study with standard polysomnography (PSG) in a sleep laboratory or a 10-channel portable sleep monitoring device at home. Researchers looked at the apnea-hypopnea index (AHI) to classify a patient as having obstructive sleep apnea. Surgeons and anesthesiologists were not informed of the results.

“The results suggest that implementation of a screening procedure would be in the best interest of patient care and will serve to significantly reduce undiagnosed cases of obstructive sleep apnea during the perioperative period,” said Chung.

In another study also presented at the meeting, Chung addressed her perceived need for a simple screening procedure for obstructive sleep apnea by determining whether the use of a pulse oximeter can replace the sleep monitoring device. The investigators used the STOP-Bang questionnaire with patients during their preoperative visits to identify potential sleep apnea. Then the patients underwent a sleep study at home with a portable sleep monitoring device while wearing an oximeter wristwatch for the purpose of monitoring oxygen desaturation. Researchers extracted the oxygen desaturation index from the pulse oximetry data, which is defined as the hourly number of episodes of oxygen desaturation of 4% lasting for 10 seconds.

The accuracy of the data extracted from the pulse oximeter to detect moderate and severe obstructive sleep apnea was strong. The sensitivity was 92.8% and 100%, respectively. The specificity was 74.8% and 64.6%.

There was a strong correlation identified in patients who scored high risk on the STOP-Bang questionnaire and also scored >10 on the oxygen desaturation index with the oximeter wristwatch as having obstructive sleep apnea. The same was true of inverse parallel findings for low risk. 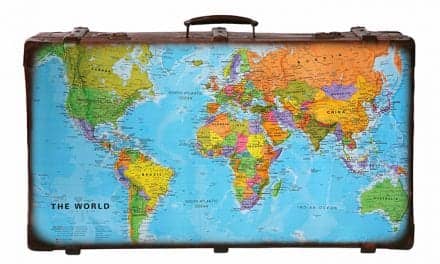 Have Obstructive Sleep Apnea, Will Travel