Gender differences in the prevalence of sleep apnea are due to differences in pharyngeal length, upper airway cross-sectional area, and the hypocapnic apneic threshold.

Obstructive sleep apnea (OSA) is a common disorder characterized by recurrent upper airway collapse and obstruction resulting in significant adverse health consequences. There is increasing recognition that OSA afflicts both men and women and must be recognized and treated in both genders. This article will discuss the epidemiology, clinical presentation, and polysomnographic features of the condition and review some physiologic factors that may influence the development of sleep apnea in men and women.

OSA is more common in men than in women. Clinic-based studies overestimated gender difference in the prevalence of sleep apnea. This may be due to referral bias and to the prevailing erroneous notion that sleep apnea syndrome is a male disease; however, recent community-based epidemiologic studies1-3 have confirmed the gender difference in the prevalence of sleep apnea, albeit to a lesser magnitude. For example, the Wisconsin Sleep Cohort Study revealed that then prevalence of sleep apnea syndrome was 2% in women and 4% in men. Sleep apnea/hypopnea syndrome was defined as an apnea/hypopnea index (AHI) of five or more events per hour of sleep, combined with daytime sleepiness.1 A more recent study by Bixler et al3 has reached similar conclusions regarding the prevalence, regardless of the definition used to identify the disorder. Interestingly, the study also noted the paucity of central apnea in women relative to men. Overall, there is a strong male predominance in clinic-based reports and a smaller gender difference in community-based studies; however, gender cannot be used as a criterion to exclude the condition.

The consistent difference between clinical and community-based studies raises the likelihood that women are missed either because of differences in presentation or because physicians fail to recognize the symptoms in women.4,5 Some studies have shown that women report more fatigue6 or more difficulty in initiating and maintaining sleep7; however, whether clinical presentations are similar or different remains an open question. Finally, women in the working population enrolled in the Wisconsin Sleep Cohort Study reported more daytime sleepiness even in cases of mild or no sleep apnea.8

Differences in Polysomnography
Several studies have investigated whether polysomnographic features are different in men versus women.9,10 There is agreement that AHI is lower in women relative to men when matched for body weight. This is mostly due to higher AHI during non-rapid eye movement (NREM) in men relative to women. Interestingly, apneas and hypopneas tend to occur during REM sleep in women, whereas men tend to demonstrate more supine dependence than women do. There is no clear explanation for the difference in polysomnography between genders, but it may reflect differences in mechanism between REM and NREM sleep.

The current understanding of the determinants of upper airway patency during sleep suggests a complex interplay between intrinsic mechanical properties of the pharynx and neural regulation of pharyngeal dilator muscle activities. Therefore, the effects of gender on pharyngeal structure and function during sleep defy simple descriptors. For example, upper airway resistance, collapsibility, compliance, and critical closing pressure are distinct properties of the pharyngeal airway with different determinants. There is no conclusive evidence of a gender difference in upper airway resistance or collapsibility during NREM sleep.12-14 In contrast, Pillar et al15 found that hypoventilation in response to an external inspiratory load is more pronounced in men relative to women. Finally, pharyngeal compliance during sleep is higher in men relative to women, suggesting a higher susceptibility to collapse16; this difference in compliance is due to differences in neck circumference between both genders.

Ventilatory Control
Most studies exploring interaction between gender and ventilatory control were conducted during wakefulness. In general, there are no consistent gender differences in hypoxic and hypercapnic chemoresponsiveness; however, chemoresponsiveness is an important determinant of breathing stability in response to transient perturbation, especially during sleep. For example, an excessive ventilatory response to hypoxia may cause a reduction in arterial CO2 below normal levels. During wakefulness, ventilation remains stable despite hypocapnia, owing to the wakefulness drive to breathe. During NREM sleep, the removal of the wakefulness drive to breathe renders ventilation critically dependent on central and peripheral chemoreflexes. In fact, sleep unmasks a highly sensitive, hypocapnic apneic threshold. If arterial Pco2 is lowered sufficiently, central apnea ensues. The level of Paco2 associated with central apnea is referred to as the apneic threshold.17 Zhou et al18 have demonstrated that the hypocapnic apneic threshold is elevated in men relative to women. This suggests that induction of central apnea in men is more feasible and requires lesser magnitude of hyperventilation.

Conclusion
The prevalence of sleep apnea is higher in men relative to women, independent of referral bias. While no unifying explanation is proven, three factors may contribute to the noted gender difference, namely differences in pharyngeal length, upper airway cross-sectional area, and hypocapnic apneic threshold. The relative contribution of each factor to the pathogenesis of sleep apnea is yet to be determined. 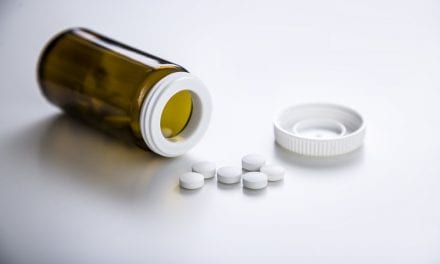 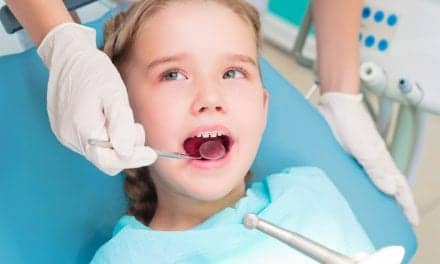 Ohio State Expert Reveals the Price We Pay for Not Sleeping