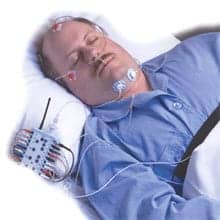 Which came first, the chicken or the egg? The same question might be asked of those involved in the development of new or improved polysomnography (PSG) diagnostic devices. Does the engineer’s idea come first and then is offered to the market, or does the unfulfilled need expressed by a sleep tech in the trenches inspire the new device?

The simple answer is that it is a combination of both. Sleep medicine—and the devices that support it—is constantly evolving with new clinical diagnoses and scoring standards, as well as technological innovation. While technological advances in PSG may improve efficiency, treatment, and patient care, it probably will not solve the ongoing sleep technologist shortage—at least not yet.

Lawrence Epstein, MD, medical director of Sleep HealthCenters, Newton, Mass, and past president of the American Academy of Sleep Medicine (AASM), has participated in refining some new equipment for manufacturers.

“Usually, manufacturers take the current existing devices, speak with people who are using them, and see what kinds of things that they want to do differently. Then they try to design the newer updated version to meet the requirements,” Epstein says. “So, for instance, as sleep doctors want to start looking at pulse transit times or different ways of measuring airflow, device manufacturers will begin to incorporate that into their existing devices.”

Mick Farrell, vice president of marketing at ResMed Corp, Poway, Calif, says that the company designs its products by first trying to examine what patients, physicians, and technologists need today and what will be needed 3 to 5 years in the future. “We look at prioritizing those needs, understanding which ones are really going to drive improvements in patient care, growth for the industry, and profitability for our [market],” he says.

Epstein says that it is important for manufacturers to continue analyzing the market and creating, upgrading, and improving their devices. “There are a large number of manufacturers, and if they don’t keep up, the market will shift under them. Some of the people who used to make the old paper drives for sleep systems are no longer in business because it’s all switched to digital equipment.”

The latest trends in polysomnographic devices are mirroring the latest trends in the consumer electronics market. Manufacturers are designing sleep products to be smaller, lighter, and portable, along with complementary digital software that will be compatible with electronic medical record (EMR) systems.

Grass-Telefactor, West Warwick, RI, one of the pioneers in PSG recording equipment, recently introduced a compact wireless PSG system for sleep studies. The AURA® PSG uses built-in Bluetooth technology and a 25-channel system to transmit PSG data to a computer recording station without the patient being tied down by wires. For portable testing, the model also can store data on a removable flash card on a small amplifier system that is worn by the patient in a small pouch. The data can be uploaded later into the laboratory’s PSG system software. The small amplifier unit is about the size of a PDA.

Similarly, Nihon Kohden America, Foothill Ranch, Calif, has begun distribution of its new AirEEG Wireless EEG/PSG recording system, which has the capability of recording up to 64 channels of sleep data. While the Grass-Telefactor system uses Bluetooth technology to transfer its data to the laboratory’s computer recording station, Nihon Kohden designed its system to incorporate a secure medical-grade version of 802.11b wireless protocol, essentially the same technology used by laptops at home or at the local Internet cafe. The AirEEG also has a small portable disc drive in the amplifier that can store data for up to an hour if the wireless connection is broken for some reason. Past signal transmission errors that plagued first-generation systems have been largely eliminated, especially with new back-up systems.

Although wireless PSG systems are currently more expensive than traditional cabled systems, wireless PSG lends itself to several advantages for sleep laboratories and patients. First, it allows patients to be more comfortable. Second, wireless technology improves efficiency when a sleep study is interrupted, such as when a patient gets up during the night.

Mark Rizk, the business unit manager for sleep products at Nihon Kohden, says, “With cable systems, you have to go in and unhook [the patient], unhook the oximeter probe, send them to the bathroom, and then hook them back up and get back into the room. So, there’s a lot of ease of use involved in [wireless].” The AirEEG system has a range of up to 350 feet between the amplifier on the patient to the recording base station.

Perhaps the most intriguing advantage to a sleep center manager looking for extra bed space is wireless PSG’s portability. The systems are relatively simple to set up in a hospital room—or any other location. Rizk notes that many off-site sleep laboratories are using Nihon Kohden’s AirEEG systems.

“We have several major hotel installations,” he says. “Some of them use AirEEG, with a combination of cabled amplifiers, but the AirEEG is certainly a good solution for that kind of situation. If that contract runs out with the hotel, you can pick up your monitoring equipment and leave. With the AirEEG wireless system, it’s a lot easier to do that. Additionally, the contract with the hotel has to be more complex because you have to talk about running cable for fixed amplifier solutions.”

Although new wireless PSG systems are portable, they are mainly designed to be used for attended sleep studies that record complex channels of data. For nonreimbursed PSG home diagnostic screening of obstructive sleep apnea (OSA), there are many products with portable innovations—though none are sanctioned by the AASM or insurance companies.

As with the sophisticated 32-channel laboratory PSG systems, manufacturers are designing the devices to be small, portable, and simple, though without necessarily reducing diagnostic features. For example, Nihon Kohden’s EOS Ambulatory PSG Screener is small and lightweight with nine-channel physiological data recording. Its sensors record oxygen saturation, pulse rate, airflow, snoring, thoracic and abdominal respiratory effort, periodic limb movement, and body position, though not EEG. It also includes NYX, a simple scoring software designed for a respiratory therapist or physician that may not have a lot of sleep training.

New home-testing devices also can be as uncomplicated as ResMed’s ApneaLink, a single-channel screening device that was originally developed in Germany and later adapted for American physicians who wanted to include measurement for pulse oximetry. Farrell says that the ApneaLink’s target is to have zero false negatives and that it has approximately 5% to10% false positives.

How these home-testing PSG devices compare to the accuracy of laboratory PSG testing is a matter of great debate in the United States, though many foreign medical systems sanction home-screening devices for OSA diagnosis and welcome them for their cost savings. Rizk believes that American insurance companies will eventually become more open to home testing for the same reason.

As for the AASM, Epstein says that it is still evaluating the potential for portable monitors and their appropriate use in sleep medicine.

Rizk understands the AASM’s caution. “I think the AASM is being conservative about supporting [home] testing because they want to make sure there’s a general quality of care out there that maintains the integrity of the field. They need to do that, and I commend them for doing that, but at the same time, we’re talking about health care costs, which will be driven down with more people being tested [through home testing devices].

The AASM currently is crafting new scoring criteria, which will inevitably cause device makers to modify their automated scoring algorithms to comply with the new standards.

All laboratory PSG acquisition software incorporates algorithms for some level of automated scoring. However, the algorithms that define sleep stages are based on the 1960s criteria created by Rechtschaffen and Kales.

“The Rechtschaffen and Kales criteria addressed only how to score sleep in normal adults,” Epstein says. “Since that time, we’ve recognized that there are a lot of abnormals, and that there are a lot of other events than just sleep stages. And so this [review of scoring criteria] was an attempt to look at the scientific evidence that has accumulated since that time, and see how we update and expand the scoring criteria. It’s going to affect the technology, in that as this [update] becomes the new standard, it should be incorporated into the building of devices.”

Rizk knows that the new scoring criteria will affect Nihon Kohden’s automatic scoring software, and the company will have to quickly adapt the new guidelines into its software for PSG devices. He says, “We’re going to have to recategorize sleep, and reindex our analysis of the record based on the new criteria for sleep staging. It’s hard to say how large of an impact, but I would imagine it’s going to impact most vendors similarly.”

Epstein says that the new scoring manual will include technical specifications, such as what leads should be recorded, how best they should be recorded, and updated guidelines for how to interpret the data. He also notes that the AASM has consulted with manufacturers to see whether the recommended changes are feasible and practical, but that the final scoring criteria changes will be made on the basis of the evidence and the experts involved in the process.

The new AASM guidelines are scheduled to be published sometime in the spring of 2007.

As the RPSGT shortage continues, some wonder whether home PSG testing and advances in scoring algorithms will eventually become so accurate—and cost efficient—that the demand for RPSGTs will substantially decrease or be eliminated entirely.

Epstein believes that while companies may improve the accuracy and reliability of technologies for screening, diagnosis, and treatment, the advancements will never replace qualified technologists.

“Sleep apnea is not a single disorder where everybody has the same thing,” says Epstein. “You’re always going to need people who can differentiate the subtleties and discriminate between the severity of illness. The more you can automate the process, reduce evaluation time, acquisition time, and preparation time, the more that will improve the efficiency, and therefore help with the limitations that currently exist. As demand increases, you’re going to be better able to handle it, but I don’t think you will be able to fully eliminate the need to have well-trained technologists available.”

Rizk, an RPSGT for 20 years, agrees. “I don’t believe that sleep techs are going to be dinosaurs. I believe the field is going to continue strongly. And not only that, I think the fact that you will be doing more patients and different types of tests will probably make the sleep tech’s job more diverse and expand their job responsibility.”

Tor Valenza is a staff writer for Sleep Review.He can be reached at sleepreviewmag@allied360.com. 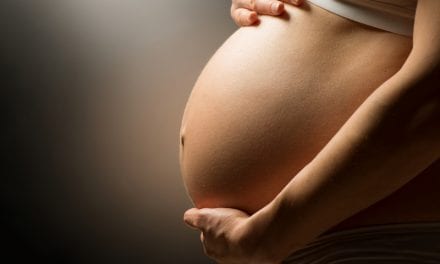 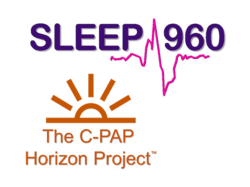