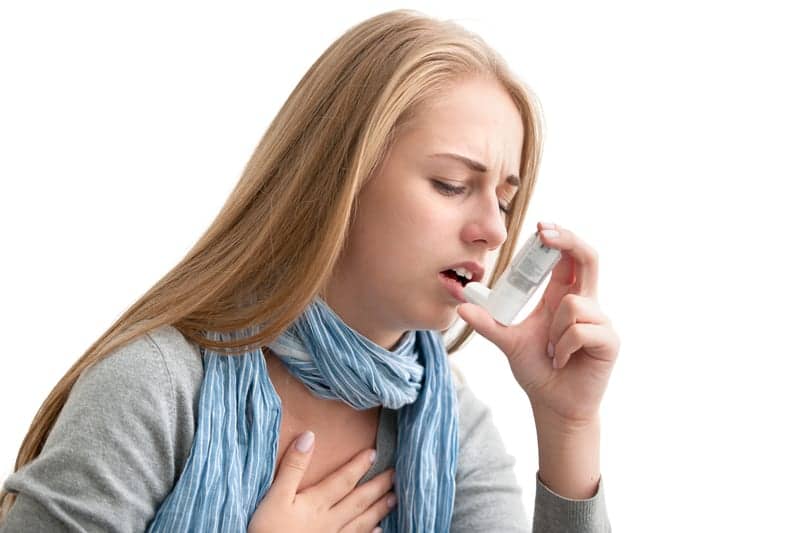 Inhaled corticosteroids may quell the symptoms of asthma, but a recently published University of Wisconsin-Madison pilot study suggests that in some people, these inhaled drugs make the throat and tongue more floppy, promoting obstructive sleep apnea (OSA).

Physicians are learning that patients with asthma more often have sleep apnea. It had not been fully appreciated how asthma, which primarily affects the lungs, could cause OSA, which occurs when the throat and soft palate relax so much they block the airway.

This pilot study suggests the culprit may be these widely prescribed inhaled corticosteroids, such as fluticasone, taken by millions to control asthma. Lead author Dr Mihaela Teodorescu, associate professor of medicine at the UW School of Medicine and Public Health, says that her earlier studies confirmed that 75% of asthma patients were taking these medications.

“In the lungs, corticosteroids reduce airway inflammation, but no one has studied how they affect the pharyngeal upper airway,” says Teodorescu, who practices pulmonary medicine at the William S. Middleton Memorial Veterans Hospital and UW Hospital and Clinics, in a release.

The study involved 18 subjects, many of them college-aged women with asthma. They were treated with 16 weeks of fluticasone, and were monitored for changes in the collapsibility of their upper airways during sleep and in their tongue function while awake. In three patients, researchers measured the amount of fat in their soft palates via magnetic resonance imaging (MRI). In addition, asthma control was monitored.

Researchers found that the older male subjects with poor asthma control demonstrated deterioration in their upper airway collapsibility. In general, all subjects had changes in tongue function consistent with sleep apnea.

Teodorescu also noted that all three subjects who underwent the MRI scan had increased fat content around their airway, compared to baseline. On average, the fraction of tissue composed of fat increased by 20.6% and fat volume increased by 15.4%.

“We found that they redistribute fat to the neck area, where it likely presses on and narrows the upper airway,” she says.

“I think it’s a good idea to limit these medications to the lowest dose necessary to achieve or maintain control,” she says.

Teodorescu’s collaborators include Dr Christine Sorkness of the UW School of Pharmacy and Dr Atul Malhotra of the University of California-San Diego.

The study was published in the Journal of Clinical Sleep Medicine.

This research was funded by the National Institutes of Health grant from the NIH-NHLBI Asthma Clinical Research Network, with additional resources from the William S. Middleton Memorial VA Hospital, Madison, Wis.

One in Five Chinese Suffer From Sleep Apnea