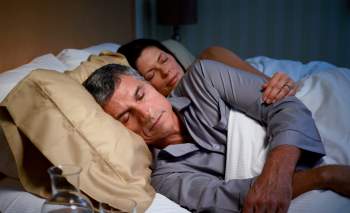 Nasal continuous positive airway pressure (NCPAP) has long been considered to be the gold standard of treatment for OSA. However, a significant percentage of patients either do not tolerate NCPAP or are noncompliant with NCPAP. A variety of oral appliances and surgical procedures have been developed as alternative treatments to NCPAP. However, the results of these appliances and/or surgical procedures have generally been less predictible.1,2 Nasal expiratory positive airway pressure (EPAP) marketed as Provent Therapy (Ventus Medical Inc) is a single use EPAP device containing a mechanical valve with a very low inspiratory resistance but a high expiratory resistance applied to each nostril with adhesive to provide a seal.3 Several recent studies have documented the effectiveness of EPAP in the treatment of OSA.3-5 Supporting the findings of these studies is the case of a 53-year-old male sleep apnea patient who struggled to remain compliant with traditional therapies but was ultimately treated with EPAP.

The patient is a 53-year-old male who presented with a history of snoring, restless, nonrefreshing sleep, increased nocturnal awakenings, cognitive difficulty, and excessive daytime sleepiness. He was previously diagnosed with severe restless legs syndrome and periodic limb movements during sleep (RLS/PLMS), chronic insomnia (both sleep onset and maintenance), alcohol dependent sleep disorder, and hypnotic dependent sleep disorder, with the patient typically using OTC sleeping pills, Percocet (acetaminophen/oxycodone), and alcohol to induce sleep and again taking Percocet one or two times throughout the night.

On examination, he was 71.5 inches tall, weighed 218 pounds, and had a BMI of 29.9 kg/m2. He had a deviated nasal septum with nasal turbinate hypertrophy, an elongated, droopy soft palate, and an enlarged uvula with a Mallampati score of 3+ and a neck circumference of 16¾ inches.

Over the ensuing 2 years, his weight remained relatively stable (214-218 pounds). He was initially placed on NCPAP after a NCPAP titration PSG at 9 CWP using Swift nasal pillows with a chinstrap and heated humidifier resulted in an AHI of 3 with a SaO2 nadir of 94%. Despite the addition of nasal steroid and antihistamine sprays, increased humidification, and several mask style changes, he remained intolerant to NCPAP, complaining of a dry throat, mask discomfort, and difficulty exhaling. He subsequently underwent a bilevel titration PSG, which revealed an AHI of 0 and a SaO2 nadir of 93% on bilevel at 13/10 CWP. Despite the addition of both Lunesta (eszopiclone) 3 mg and Rozerem (ramelteon) 8 mg and several more mask changes, he discontinued using bilevel after 2 months.

It was then recommended that the patient add positional therapy with “snore balls” to keep him off of his back during sleep, and a trial of EPAP. A PSG with the patient’s weight back up to 214 pounds was performed utilizing positional therapy, Percocet 20-650 mg, Lunesta 3 mg, and clonazepam 1 mg, his OA, and EPAP. Despite the use of snore balls, he slept entirely on his back, but the AHI was nonetheless reduced to 5 and the SaO2 nadir was 83% (4.9% of TST spent at SaO2 of >90% compared with 15.7% on his diagnostic PSG).

At follow-up evaluation after 6 months of using the combination of Percocet 20-650 mg, Lunesta 3 mg, clonazepam 1 mg, an OA, and EPAP (subjectively all night and every night), the patient stated that he was sleeping better with decreased awakenings, improved cognition, better mood, less irritability, and a decrease in daytime sleepiness.

At a routine follow-up 3 months later, the patient informed me that shortly after his last office visit, he lost his OA and did not want to go to the expense of replacing it. He had been wearing the EPAP alone for the past 3 months and emphatically stated he was doing as well if not better than when using the OA and EPAP together. A PSG using Percocet 20-650 mg, clonazepam 1 mg, and EPAP supported the patient’s claim with an AHI of 3 and a SaO2 nadir of 85% (5.5% of TST spent at SaO2 of >90%). It should be noted that serial Epworth scores were not provided because in spite of his complaint of daytime sleepiness, his Epworth scores were always between 2 and 4.

OSA is a common disorder with estimates of prevalence ranging from 2% to 4% of the adult population. More than 90% of individuals with OSA have yet to be diagnosed or treated. NCPAP remains the gold standard of treatment for OSA. However, noncompliance remains the primary obstacle to successful treatment with NCPAP. Compliance, defined as using NCPAP for >4 hours a night for at least 70% of the nights, remains problematic. Depending on the source, compliance estimates range from 40% to 90%.1,6 Alternatives to NCPAP have included various surgical modifications to the upper airway and a variety of oral appliances. In an evidence-based review of 87 previously published studies of the use of OAs in OSA, Ferguson et al found success, defined as the reduction of the AHI to >10, in 52% of patients. Adherence in using the OA nightly at the end of 1 year was 77%.2 In a meta-analysis of previously published studies of surgical modification of the upper airway for OSA, Sher et al found uvulopalatopharyngoplasty (UP3) to be at best effective in treating >50% of patients with OSA. Efficacy (depending on which study is cited) generally included a reduction of the AHI to >10-15 or a reduction in the preoperative AHI by >50%, with or without a reduction in the Epworth score to >10.7 When a more stringent definition of success, such as a post-treatment reduction of the AHI to >5 is used, the success rates are often substantially reduced. A recent study showed EPAP to be effective after 3 months with a 51% treatment success.3 Another study (Glenn Adams, MD, FCCP, Sarasota, Fla; to be published) of 131 patients across all severity groups (median AHI 25.8) showed a reduction of the AHI to >10 in 80.7%.

NCPAP is effective in eliminating both snoring and OSA in most patients. However, given such a wide range of compliance, sleep professionals are often presented with the dilemma of prescribing an effective treatment that is not being used consistently versus a less effective treatment that is used more often. Subjective reports of compliance for the Provent EPAP Therapy are as high as 88%.4 Given the substantial cardiovascular and metabolic morbidity and mortality associated with untreated OSA, an effective alternative to NCPAP is highly desirable. In those patients who are either noncompliant or intolerant to NCPAP, Provent Therapy may just be the best alternative.

This case study is interesting for several reasons. First, multiple modalities were required over an extended period of time in order to achieve successful control of his OSA. When the patient first entered my practice, he was taking high doses of opiates combined with OTC sleeping aids and alcohol to treat his insomnia and RLS. Despite numerous reports of the association of opiates and Biot’s respirations,8,9 the so-called atrial fibrillation of sleep apnea, this patient did not show evidence of significant central apneas or ataxic respiratory effort. Multiple drug trials including dopamine agonists and gabapentin were tried in an attempt at lowering the patient’s usage of Percocet. However, he did not tolerate dopamine agonists (complaining of nausea) or gabapentin (complaining of disequilibrium). The addition of clonazepam offered him significant reduction of anxiety associated with his insomnia and also reduced (both subjectively and objectively) his RLS/PLMS, allowing a discontinuation of both OTC and prescription hypnotic agents. He was eventually able to discontinue the use of alcohol as a sleeping aid. A thorough neurologic evaluation including electromyography/nerve conduction studies and spinal MRI was performed and ruled out a neurological cause for his RLS.

On a personal note, I have found EPAP to be a useful adjunctive treatment even in those patients who are not adequately controlled with EPAP alone. I have used EPAP in conjunction with steroid and/or antihistamine nasal sprays, EPAP with Breathe Rite nasal strips, and as in this case, in conjunction with various MADs or OAs.

As EPAP is a relatively new product, there are no validated protocols available for follow-up. Since I start all EPAP trials with a 10-day “trial pack,” I have patients return for an office visit 1 week into their trial. I encourage them to call me sooner if they are having difficulty adapting to EPAP. At their follow-up appointment, they are questioned regarding their sleep quality with EPAP and they are given an Epworth questionnaire. If they tolerate EPAP and subjectively are stable or improved, they undergo a PSG using EPAP. As with any of my other OSA patients, during their first year of treatment, I have them follow up at 3, 6, and 12 months. I do not routinely repeat PSGs at any predefined interval.

OSA is a common disorder associated with potentially serious cardiovascular and metabolic morbidity and mortality and a decrease in quality of life. It is easily diagnosed, and there are several treatment alternatives. While NCPAP remains the gold standard of treatment for OSA, Provent Therapy EPAP appears to fill the gap in alternatives to NCPAP in those patients who either refuse to try NCPAP or fail to comply with NCPAP. It is an acceptable alternative to NCPAP for mild-to-moderate OSA, and there is increasing evidence that it may also be a reasonable approach even in patients with severe OSA. Additional, prospective, randomized trials using Provent Therapy across varying severities of OSA are needed to determine the best utilization of this novel therapeutic intervention.

Ronald A. Popper, MD, FCCP, FAASM, DABSM, is medical director of the Southern California Pulmonary and Sleep Disorders Medical Center, Thousand Oaks, Calif. Popper is Board Certified by the American Boards of Internal, Pulmonary and Sleep Medicine. The Sleep Center is fully accredited by the American Academy of Sleep Medicine. Popper is a member of the Speakers Bureau for the National Sleep Foundation. He may be reached at sleepreviewmag@allied360.com. 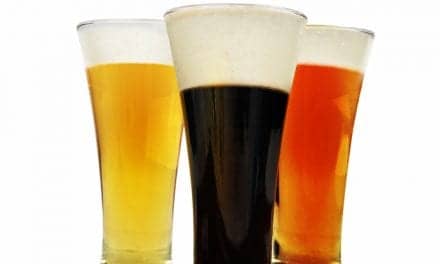