Seasonal affective disorder (SAD), a psychiatric illness marked by cyclical seasonal depression, may seem out of place in a sleep journal. Its source, however, seems to be in a circadian rhythm disturbance that is right at home in sleep medicine. SAD finds itself in the differential diagnoses for many patients, and not just those in the middle of a northern winter—anyone with daytime light deprivation can suffer from it. What is this disorder, how is it best diagnosed, and what is the efficacy of light therapy in treating it?

SAD manifests itself as a depressive syndrome. Many of its hallmarks are what one would expect to find in a number of different depressions: a sense of social withdrawal, a lack of interest in activities, anhedonia, and general fatigue. There may be irritability, decreased concentration, and oversleeping, although a propensity for sleeping in is, curiously, somewhat of an atypical response. There can be a tendency toward overeating (particularly high-carbohydrate foods, which, causing weight gain, simply lead to increased feelings of failure or despair for many). These findings are present for other types of depression, as well as a number of other medical ailments such as hypothyroidism, chronic fatigue syndrome, or a viral etiology. The distinguishing factor, however, is the seasonal variation corresponding to lowered light exposure.1

There is a summer SAD syndrome, which people try to treat by going north to locales with cooler climes, but the type most often thought of when the term SAD is used is the winter variety, and it is this type that is discussed here. It comes on in the late fall and winter months, as the days get shorter and the dark nights longer, and resolves as days lengthen in spring. Unless there is an artificial impediment to light exposure during the day, it is not seen in the summer months. It is this seasonal, cyclical relationship that is really the hallmark of diagnosis. Theoretically, SAD can be seen in those with limited daytime light exposure even in “bright” months; the home-bound person confined indoors, or a shift-worker, asleep during the day and without adequate light exposure during their overnight “day” period.

The Use of Phototherapy
Most clinicians are familiar with the general theory of phototherapy as used for SAD or other sleep-cycle disturbances such as delayed or advanced sleep phase syndrome. It is also known to the lay public, and a clinician’s first encounter with light therapy may be when a patient says that they have tried a variety of usage patterns on their own with natural sunlight, a commercial product, or simply by turning on the lights around the house. For a long time, anecdotal evidence was all that really guided therapy. There has long been a discussion on what would constitute the most effective usage pattern regarding duration, timing, and strength of exposure. Before controlled studies, clinicians used a wide variety of treatment patterns for patients. Some involved day-long efforts at maximizing light exposure. Others used bursts of intense light lasting from a few minutes to an hour. For SAD, most tended to agree that at least some level of morning light exposure was an important component.

Regarding SAD, one landmark review of light studies compared sessions in the morning and evening, and found that the morning-and-night dosing provided no benefit over morning-only treatment. The study also examined the brightness and duration of light exposure. Brighter light exposure tended to have the best results compared with lower-light exposures of similar duration.2 The source of light most often used is a light box and the amount of illumination provided is measured in lux. The amount of applied light is a function of the strength of the light source and its distance to the target—in this case, the patient. The lux measure of bright mid-day sunshine may be measured in the tens of thousands, and evening households may be as low as 50 to 100 lux; 10,000 lux illumination, at a specified distance from the user, is recognized as a “standard” amount of exposure by many clinicians. It is not necessary (or recommended) that the subject look directly at the light source; often people will read or perform other typical morning tasks with the light source nearby. Manufacturers often make recommendations as to the distance from the patient to the light. One national consensus statement believes that daily morning exposure to at least 30 minutes of bright light (10,000 lux) is effective.3 The number of days over which one receives therapy also has an effect; much as one needs to take antidepressants for a period of time before therapeutic effects are noted, one study showed that light therapy was effective for SAD only after at least 3 weeks of treatment.4 Daily compliance is a key.5

In general, people have significantly less light exposure during waking hours than in the past. Part of this is environmental, as many people in industrialized societies spend their waking hours inside under artificial light. Home indoor lighting can be at an extraordinarily low level. Often, the only light in a room may be a television, which might appear bright but provides little whole-room illumination. Average evening illumination in one study was only in the range of 30 lux.6

Phototherapy Physiology
Light therapy appears to have an impact on melatonin secretion from the pineal gland. Melatonin has a direct effect on the body’s sleep-wake cycle. In addition to promoting somnolence, it tends to diminish alertness and can have negative impacts on performance. Bright light exposure (as at dawn) tends to reduce melatonin secretion, whereas onset of dim light (as at twilight) enhances secretion.7 It is this effect on somnolence and performance that may lie at the heart of light therapy’s efficacy in the treatment of all forms of depression, most obviously in SAD.

The role of the neurotransmitter serotonin continues to be evaluated in the cause and treatment of SAD. Serotonin reuptake inhibitors have been used to treat patients with seasonal depression in addition to, or instead of, light therapy. This is of particular importance for those patients with suboptimal responses to light therapy, and for those who are for varying reasons unable to be compliant with a regularly scheduled phototherapy regimen.8

Light Therapy Safety
Looking at the numbers given above, it is clear that the intensity of most light therapy regimens is less than what one would experience during most daytime outdoor exposure. Common side effects are those that one might expect to find in people who are somewhat sensitive to prolonged or bright sunlight, with headaches being the most common. This is sometimes related to the use of the device. Patients need to be reminded that it is neither necessary nor beneficial to look directly at the light anymore than one needs to look at the sun to experience a beneficial response to sunlight. Offset lighting directed toward the patient will suffice.

No clear advantage has been demonstrated in most studies for one type of wavelength distribution versus another. Manufacturers tend to promote full spectrum light sources, and in the absence of any conclusive evidence in support of one type of light or another, it seems prudent to recommend this type of device to patients. Ultraviolet (UV) and infrared exposures can vary widely among the types of bulbs and devices used. UV light, in particular, can be problematic for people who are photosensitive. This includes both medication-induced photosensitivity and photosensitivity secondary to physical traits or disorders (as in cataracts or retinal pathology). It would be reasonable to secure ophthalmologic clearance for, and regular monitoring of, these patients before initiating therapy. It would also be appropriate to discourage patients from using nontherapeutic sources of light such as plant-growing lights or homemade light sources. In particular, homemade light sources can be a source of safety problems related to electrical safety, beyond any concerns about their safety and efficacy for the patient directly.

Light therapy carries inherent side-effect risks directly related to the targeted effect on the body. A shift-change in the circadian rhythm that causes patients to awaken too early, thereby truncating sleep time, can undermine the beneficial effects of therapy. Rare cases are cited of manic episodes, which may require concomitant mood stabilizing medication or cessation of light therapy.9 Like with all treatment regimens, careful monitoring during start-up and frequent progress checks are necessary to assess efficacy and protect against iatrogenic sleep or mood effects.

Devices
A simple search on the Internet for light therapy will yield a bewildering array of products. Light boxes, spotlights, “light visors”—all with claims of efficacy for treating a variety of disorders, chief among them SAD. It is important to remember that at present, there is no government-sanctioned standard for light therapy devices. Most treatment protocols designed and used by clinicians have tended to focus on the light-box style of device (indeed, the visor style has not been proven to provide any benefit over light-box therapy, and some studies have actually shown decreased efficacy).10 Patients should be referred to makers and retailers who can provide standardized lux intensity measures at various distances for their devices.

It seems a given that light therapy necessarily means ocular light exposure. Some researchers have tested the efficacy of extraocular exposure (popliteal light, in one groundbreaking study by Campbell and Murphy,11 for enhanced REM sleep). Others have found no effect with extraocular exposures.12

Light therapy has enjoyed much anecdotal support, but has only in the last several years enjoyed serious, widespread review as a valid treatment modality for the sleep medicine professional. It is attractive to patients as a reversible, nonpharmacologic treatment for a variety of sleep disorders, but it can be a challenge for the clinician. Because it is not a regulated medical device, the light box can also be a bit intimidating for the provider who is understandably wary about recommending a treatment method that is “outside the mainstream.” With patience and a bit of experience, it could well become a valued way to provide some much-needed relief to many of our patients.

David M. Margelli, PA-C, is a clinician, and Daniel I. Loube, MD, is associate medical director, both at Swedish Sleep Medicine Institute, Seattle. 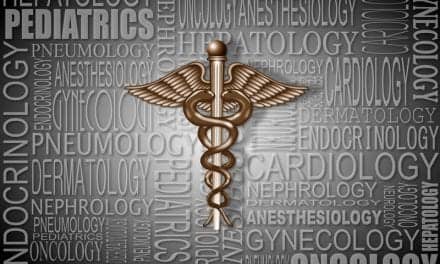 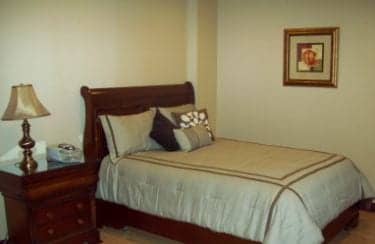 A Commitment to Comprehensive Care