Although some still consider phototherapy an investigatorial treatment, evidence that it may safely help seasonal affective disorder is mounting.

Seasonal affective disorder (SAD) is a pattern of major depressive episodes that occur and remit with changes in seasons. The most common type of SAD, called winter depression or “winter blues,” usually begins in late fall or early winter and goes away by summer. A less common type of SAD, known as summer depression, usually begins in the late spring or early summer. SAD is believed to be related to changes in the amount of daylight. Typically, the syndrome is characterized by recurrent episodes of depression, hypersomnia, increased appetite, and weight gain that begin in mid to late autumn and continue through the winter months.

There are many options for treating SAD. Although questions regarding the validity of SAD as a discrete syndrome persist and the therapeutic basis of light therapy continues to be investigated, the efficacy of light therapy is clear.

Diagnosis and Classification
SAD may occur in association with major depressive disorder (MDD), as described in the fourth edition of the Diagnostic and Statistical Manual of Mental Disorders (DSM-IV)1—the “bible” of psychiatric disorders published by the American Psychiatric Association (APA). The DSM-IV describes SAD as a seasonal pattern of major depressive episodes that can occur in association with MDD, the criteria for which are shown in Table 1.

Dysfunction in social or occupational settings or a high level of subjective distress distinguishes depression from temporary sadness, which is a normal part of the human experience. In persons who experience excessive sadness, levels of functioning and distress are disproportional to life events. Clues to depression include a previous depressive illness or suicide attempt, a family history of mood disorder, lack of social support, stressful life events, abuse of alcohol and/or other substances, and concurrent chronic medical disease, pain, and/or disability. The DSM-IV describes SAD as a “specifier,” referring to the seasonal pattern of major depressive episodes that can occur within MDD (see Table 2 on page 46).1

Etiology and Epidemiology
There have been numerous community-based investigations of the epidemiology of SAD.2-7 These surveys estimate that 4% to 6% of the general population experience full-blown SAD, and another 10% to 20% have features consistent with a diagnosis of SAD.2,3,6,7 In children and adolescents, the incidence of SAD is much less. Based on the results of several epidemiologic studies, the prevalence rate in children is believed to be in the range of 1% to 5%.4,5

Interestingly, the prevalence of SAD in Alaska is similar to that at much lower latitudes.3 Williams and Schmidt reported that 20% of patients treated for recurrent depression at a northern Canadian mental health center (latitude, 54 to 60 degrees) met the operational criteria for winter depression.8 They also noted that this incidence rate was similar to that reported at lower latitudes. Based on these and other studies, there does not appear to be a major association between latitude (ie, the amount of daylight each day) and the prevalence of SAD.

In community surveys, SAD is about four times more common in women than in men. The average age of onset is roughly 23 years.9 The risk of SAD appears to decrease with age.2

There is some controversy with regard to the roles of various “risk factors” for SAD. Blazer and colleagues reported that persons with SAD tend to be more educated and have greater incomes than those without the condition.2 The same investigators reported a greater incidence of SAD among persons who lived in rural compared to urban settings.2 These findings need to be confirmed in other surveys and in other parts of the world.

Pathophysiologic Theories
In 1984, Norman Rosenthal, a psychiatrist at the National Institute for Mental Health, published a paper on the use of bright light therapy in patients with SAD.10 Since then, a large number of studies have confirmed the value of light therapy in SAD and have added to our understanding of the pathophysiology of the condition. It is believed that SAD is caused by a biochemical imbalance in the brain due to the shortening of daylight hours and the lack of sunlight in winter. Bright light has been shown to suppress nighttime secretion of the hormone melatonin.11 An area of the brain near the visual pathway—the suprachiasmatic nucleus—responds to light by sending out a signal to suppress the secretion of melatonin.12

The precise relationship between melatonin levels and circadian rhythms is unclear. It is believed that melatonin levels may indicate circadian phase. Several investigators have evaluated the use of melatonin in the treatment of SAD. Results have been mixed. In a study performed by Wirz-Justice and Anderson, neither nighttime nor morning melatonin administration had any effect on SAD symptoms.19 In contrast, Lewy and colleagues reported beneficial effects of low-dose melatonin administration times during the afternoon to provide a circadian phase advance.20

Treatment
Persons who suffer from SAD do not need to wait for the spring months to overcome their feelings of depression. For mild symptoms, spending time outdoors during the day or arranging homes and workplaces to receive more sunlight may be helpful. Regular exercise—particularly outdoor activity—may help because exercise can sometimes relieve depression. One study found that a 1-hour walk in winter sunlight was as effective as 2.5 hours under bright artificial light in relieving the symptoms of SAD.21

Light Therapy
For more severe symptoms, light therapy (phototherapy) may help. It involves daily scheduled exposure to bright artificial light, which may suppress the secretion of melatonin by the brain.12 Numerous studies and meta-analyses have demonstrated the efficacy of light therapy in alleviating the symptoms of SAD.22-27 According to the Seasonal Affective Disorder Association, light therapy should be used daily in the winter months, starting in early autumn when the first symptoms appear (as well as during symptomatic periods in the summer months).28

In general, light therapy is initiated with a 10,000-lux light box directed toward the patient at a downward slant. (Lux is the unit of measuring the illumination intensity of light.) Fluorescent light is often preferred over incandescent because the small point source of the latter is more conducive to retinal damage. The patient’s eyes should remain open throughout the treatment session, although staring directly into the light source is not recommended. The patient should start with a single 10- to 15-minute session per day, gradually increasing the session duration to 30 to 45 minutes. Sessions should be increased to twice per day if symptoms worsen. Ninety minutes a day is the conventional daily maximum duration of therapy, although there is no reason to limit the duration of sessions if side effects are mild.30

No particular time of day appears to be optimal for light therapy. Some studies have reported the superiority of morning sessions,17 while others have shown no significant difference between times of administration.31 Hence, when deciding what time of day to administer light therapy, consideration should be given to convenience and patient preference.

There is emerging evidence that the dose of light is important. Most controlled studies have shown that bright light is superior to dim light in the treatment of SAD.32-34 In humans, the suppression of melatonin generally requires at least 2,000 lux.12 Studies of 10,000-lux fluorescent light given for 30 minutes per day produced similar results to protocols employing 2,500 lux for 2 hours.32,35 The 10,000-lux light box has thus become the standard in clinical practice.

When light therapy is properly administered, most patients tolerate it well and have few adverse events. Common side effects, which occur in about 19% of patients,29 include photophobia, headache, fatigue, and irritability. If light therapy is administered too late in the day, insomnia may be a problem.36 In persons with manic depressive disorders, skin that is sensitive to light, and/or medical conditions that make the eyes vulnerable to light damage, light therapy should be used with caution. Tanning beds should not be used to treat SAD. The light sources in tanning beds are high in ultraviolet rays, which can damage both the eyes and the skin.

The US Food and Drug Administration (FDA) considers light boxes Class III medical devices—the most stringent regulatory category for devices. Therefore, the FDA has not given final approval for manufacturers to market light boxes for the treatment of SAD. In 1993, the FDA entered into a “consent decree” that permits light box manufacturers to market light boxes in the United States provided that no significant therapeutic claims are made (ie, “light boxes are curative”). According to the FDA, as long as no therapeutic claims are being made by light box manufacturers, they are considered an “alternative medicine” and, therefore, may be dispensed in the United States without a prescription. Since 1997, the FDA has issued at least one warning letter to remove therapeutic claims from labeling. In 1998, the FDA convened a small, “informal” group to discuss health care policy. During this meeting, it was determined that light boxes, and their relationship to SAD, did not pose a “significant danger” to the public. In addition, the FDA is “not aware of any adverse events as a result of light box therapy.”29

In general, the price of a light therapy device ranges between $200 and $500, depending on the features of the unit.37 Some insurance companies may reimburse all or a portion of the cost of a light therapy device, if a proper diagnosis was made and the treatment was prescribed by a qualified health professional. Some manufacturers offer a rental program for a trial period.

Other Treatments
Research has shown that antidepressant medications—particularly selective serotonin reuptake inhibitors (SSRIs) such as fluoxetine, paroxetine, and sertraline—can relieve the symptoms of SAD.38,39 Some patients may prefer to take a pill because it is less time-consuming than sitting in front of a light box. Other individuals may need a combination of light therapy and medication in order to control symptoms. For patients with SAD and spring-summer mania, a mood stabilizer such as lithium may be useful.

The use of non-antidepressant medications for the treatment of SAD is controversial. Medications such as propranolol, L-tryptophan, hypericum, and melatonin require further study before they can be recommended for use in SAD.

Conclusion
Although light therapy is still considered by the FDA to be an investigational treatment, numerous well-designed clinical trials have demonstrated its efficacy and safety in patients with SAD, and it is currently recognized as a first-line treatment modality. Research has also shown that antidepressants, with or without adjunctive psychotherapy, can be a safe and effective treatment of SAD. Further research is needed to establish the usefulness of non-antidepressant medicatiaons for the treatment of SAD. 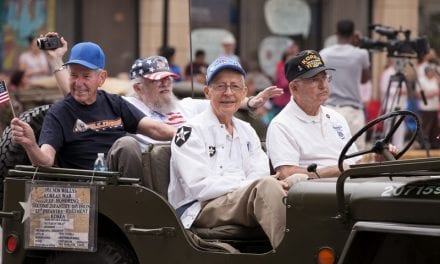