Science is just beginning to unravel the complex relationship between sleep disorders and depression.

Major depressive disorder (MDD) is a mental disorder characterized by daily feelings of sadness or a loss of interest in activities. Researchers in multiple disciplines, including sleep medicine and psychology, have investigated vulnerability factors and processes involved in the development of depression. Identification of these processes may be one way of identifying individuals predisposed to depression and slowing the rapid progression of this debilitating disorder.

To date, the majority of research in depression and sleep has fallen within the following three conceptual categories: (1) investigation of temporal relations between insomnia and depression, (2) characterization of sleep architecture disturbances in depression, and (3) description of the correlation between depressive sleep disturbance and other variables associated with depression (ie, phenomenological investigations).

Investigations in Temporal Relations
The first major category has investigated the temporal relationships between sleep and depression. It is well documented that depression may cause sleep disruptions (ie, abnormal sleep is a symptom of depression). More recently, studies have found that this relationship may be bidirectional. Insomnia may be a risk factor for the onset of depression,3,4, as well as a risk factor for the recurrence of a depressive episode.5 Persistent insomnia has also been associated with suicide and chronic depression in older individuals.6

First, depressed patients have an altered distribution and increased activity of REM sleep. They have an increased amount of REM sleep, a prolongation of the first REM period, and an increased number of eye movements during REM periods (ie, REM density or RD). Armitage and colleagues8 also found that depressed patients have more power in beta-, theta-, and delta-frequency bands in the right hemisphere in REM sleep, as compared to normal controls. Depressed individuals also have reduced latency from sleep onset to REM sleep (ie, reduced to less than 60 minutes instead of the usual 70 to 90 minutes). A meta-analysis of 177 studies found greater differences in REM latency (RL) between mood disorder groups and normal controls than between other psychiatric disorders and normal controls.9 However, RL did not distinguish patients with mood disorders from other psychiatric disorders. Buysse and colleagues10 found that REM onset is not advanced to clock time; therefore, reduced RL may be partly due to delayed sleep onset. In addition to REM abnormalities, depressed individuals have reduced levels of slow wave sleep (SWS). Overall, SWS abnormalities have been described much less than REM sleep abnormalities in depression. Altogether, these findings suggest that a cluster of sleep variables best characterizes sleep architecture in MDD.9

What is perhaps less well known among this literature is which sleep architecture markers are present during symptomatic vs asymptomatic states. Kupfer and Ehlers11 proposed that reduced RL associated with sleep continuity and RD deficits are stress-related, state-dependent markers of depressive severity (associated with hypothalamic-pituitary-adrenal axis abnormalities) while reduced RL associated with reduced SWS is a trait-like vulnerability marker for affective illness (associated with growth hormone abnormalities). Some support for this hypothesis was found in a study of 15 recurrent, depressed individuals in a 3-year remission following treatment by interpersonal therapy (IPT). In this sample, average REM counts reduced over time while delta sleep remained the same.12 Other studies have also found evidence for changes in REM abnormalities with recurrences of depression.13-16

Some findings also suggest slight improvements in sleep continuity and RL with treatment.2,17 A large body of literature has demonstrated that most antidepressants suppress REM sleep, although the causal relationship between REM sleep abnormalities and therapeutic response is ambiguous.17 Buysse and colleagues18 found that successful IPT treatment decreased phasic REM activity (REM density), decreased delta activity, and increased delta sleep ratio (non-REM2/non-REM1). Phasic REM activity was also reduced after treatment with cognitive behavioral therapy (CBT).19 Thase and colleagues20 found that approximately half of patients with disrupted sleep profiles had normalized sleep after treatment with CBT or IPT. Altogether, these studies provide preliminary support for the possibility that a positive response to psychosocial treatment may be associated with a normalization of sleep architecture.

Phenomenological Investigations
A third major category of research in depression has explored relationships between depressive sleep disturbances and a number of other variables, including: circadian rhythms, neurochemical processes, the activation of specific brain areas, dream content, familial predisposition to sleep problems, and specific depressive symptoms or psychosocial processes. This body of research has focused on the phenomenology of sleep and depression, with the goal of expanding current models and identifying subtypes of depression. In our laboratory, we are currently pursuing this line of research by investigating the relationship between depressive sleep disturbance and a number of psychosocial processes that have been documented as causal factors for depression within psychology, including life stress, daily habitual behaviors, and hopelessness depression. Understanding the biological concomitants of these processes via sleep may elucidate the dynamic mind-body interaction that likely plays a vital role in the development of depressive symptoms.

To date, a number of sleep research studies have found correlations between disrupted sleep and some hopelessness depression symptoms. For instance, depressed individuals with disrupted sleep have an increased likelihood of suicidal behaviors,27 and they are more likely to have the perception of a recent, acute life stressor.28 Only two studies have looked at correlations between sleep architecture and depressive symptoms. One study found that increased phasic REM activity (measured by REM activity and RD) correlates with higher levels of affective intensity in depressed, male patients.19 Perlis and colleagues29 found a positive correlation between nine EEG sleep variables (including: diminished delta activity, increased stage 1 percent, increased REM, increased sleep latency, and increased REM efficiency) and 15 depression variables (including: weight/appetite loss, dysphoria, sleep problems, decreased libido, feelings of failure, and indecision) using canonical correlation with 361 adult outpatients. In this study, reduced levels of non-REM sleep accounted for the largest portion of depressive symptom variance. While some of these symptoms are considered part of the hopelessness depression symptom cluster (ie, dysphoria, sleep problems, feelings of failure, and indecision), others were not (ie, weight/appetite loss and changes in libido). Clearly, further research investigating the relationship between sleep and hopelessness symptoms is necessary.

Our laboratory has begun conducting analyses investigating the relationship between prospective sleep and attributional style in depressed and normal control individuals. Preliminary findings suggest that disrupted sleep (in depressed and normal control individuals) is associated with the use of global attributions to explain negative events. As expected, depressed individuals are more likely than normal controls to have worse sleep and employ global attributions in explaining negative events. We have two potential interpretations of these findings. First, worse sleep may lead to fatigue and increased use of global thoughts. Correctly attributing meaning to negative events may require a significant amount of cognitive “energy,” and sleep-deprived, depressed individuals may prefer a less demanding, more global explanation (ie, a black or white explanation rather than finding a shade of gray). This interpretation is consistent with research that has shown an association between sleep deprivation and a preference for tasks perceived as being less demanding.30

A second possible interpretation addresses the controllability of sleep. According to helplessness theory, symptoms of hopelessness depression result from the individual’s expectation that everything is uncontrollable or the expectation that negative outcomes are imminent and will occur regardless of what he or she does to change these outcomes.22 Uncontrollability is also an issue for individuals with primary insomnia. The cognitive insomnia model purports that a pattern of insomnia results from excessive sleep effort.31 Due to heightened frustration and arousal, an individual trying to fall asleep is less likely to actually fall asleep. Thus, generalized uncontrollability may be reinforced in a depressed patient with sleep disturbances. In other words, depressed individuals may have the following type of global attribution: “No matter what I do or how hard I try, nothing works to help me sleep,” which eventually develops into a global attributional style.

We hope to examine these possible interpretations through our research and also in future research by examining the pattern in which each of these variables changes across time. By examining the relationships between sleep and psychological variables, we can cultivate our understanding of the potential role of insomnia in depression and continue to develop treatments that target depression from an integrative, psychophysiological perspective.

Patricia L. Haynes, PhD, is an assistant professor at the Department of Psychiatry, University of Arizona, Tucson. 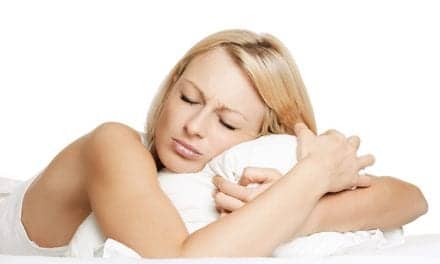 Waking Up to Objective Monitoring for Insomnia 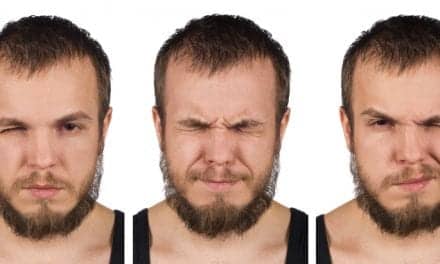 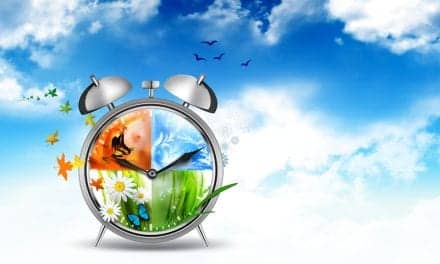