Circadian rhythm disorder can be treated with melatonin; however, because of its unpredictable effects, further research in chronobiotics is needed

Melatonin (N-acetyl-5-methoxytryptamine) is widely sold in this country as an nutritional supplement to promote sleep and having antiaging properties. Claims are made that it boosts the immune system, cures some sleep problems, and prevents osteoporosis. Supplements are usually synthetic but some come from animal pineal gland. The usual dose is 0.3 mg to 3 mg taken a few hours before sleep. Melatonin has not been proven safe by clinical trials and there is little information about its safety and efficacy in long-term administration.1 It is not safe for people with autoimmune diseases including lupus. Since it is a hormone, it may have unpredictable effects. A controlled-release product is undergoing trials as a prescription drug in Canada and Europe.2

Melatonin is a major natural hormone made in the mammalian pineal gland.3 Extrapineal tissues such as the retina, harderian glands, and gastrointestinal tract also synthesize the hormone but to a lesser extent. The melatonin-generating system is characterized by three basic features including photosensitivity, diurnal (circadian) rhythmicity (highest levels produced at night in darkness), and age-related decrease in its activity; circulating levels of melatonin decrease with advancing age.4 It is derived from serotonin. Its synthesis and release into the general circulation are timed by one or more biologic clocks(in a circadian rhythmic fashion) but in humans they occur only in darkness. Melatonin levels are highest at night but show a marked drop during rapid eye movement (REM) sleep. The levels peak when the sleeper awakens.5 When subjects are studied under near-dark conditions, the onset and shutoff of melatonin secretion have been used to determine the phase position of the circadian oscillator.6 The general physiologic function of melatonin in humans remains unknown, although in some other mammals it appears to regulate seasonal breeding behavior.6

THE CIRCADIAN CLOCK
The circadian oscillator is located in the suprachiasmatic nucleus (SCN) of the anterior hypothalamus. It is the primary source of rhythmic temporal information (circadian pacemaker)7 for all physiologic processes including the modulations of sleep and wakefulness. The period, or frequency, of oscillation of the central circadian pacemaker is relatively insensitive to external and internal environmental influences. It also remains stable over long periods of time despite changes in the physiology of the organism.7 A chronobiotic is an agent that acts on the circadian clock or its inputs to alter timekeeping function.7 Melatonin is a pharmacologic chronobiotic agent.

In the mammalian circadian system, melatonin serves as a chemical messenger of the circadian pacemaker—the SCN. It communicates a hormonal message of nighttime darkness.8 Melatonin is thought to function through high-affinity, pharmacologically specific, G-protein-coupled receptors located in both the periphery and in the central nervous system. Central melatonin receptors are concentrated primarily in the SCN where melatonin functions in a feedback loop and has direct phase-shifting properties.6 Melatonin, when administrated to animals and humans, shifts circadian rhythms according to a phase-response curve. Exogenous melatonin is hypothermic, and endogenous melatonin may be responsible for a significant proportion of the nocturnal decline of core body temperature.6 Melatonin has also been implicated in the sleep-wake process, primarily because of its close temporal association with sleep and sleep propensity in humans and in other diurnal mammals.6-8

Abnormalities of melatonin secretion have been described in three psychiatric syndromes including seasonal affective disorder (SAD) with winter depression, major depressive disorders, and premenstrual disorder. SAD is associated with hypersomniac, hyperphagic depressions during winter in northerly climates.9 It can be treated by extending the daily photoperiod with bright lights. It has been suggested that SAD in humans is closely associated with a phase delay of the circadian rhythm of melatonin secretion. In contrast, in most but not all studies of patients with major depression, the total amount of nocturnal melatonin (the area under the curve) tends to be low.10 Finally, women with premenstrual depression can have a total melatonin secretion that is low at all phases of the menstrual cycle, possibly because of early shutoff of melatonin secretion.11 Decreased levels have been reported in individuals with insomnia, fibromyalgia, and depression.9,12

Pharmacologic manipulation of biologic rhythms and management of circadian rhythm disorders is promising. Melatonin is secreted by the pineal gland and secretion is suppressed by exposure to light and is entrained by the light-dark cycle. It is coupled to the wake-sleep cycle and to circadian cortisol rhythm and is a valuable marker of the underlying wake-sleep period.4,8

Melatonin has been reported to enhance sleep in rats, young chickens, and humans.13-16 In humans, for example, an intravenous bedtime dose of 50 mg reduced sleep latency,15 whereas three oral daytime doses of 80 mg enhanced sleepiness.17 On the other hand, no effect (except prolongation of REM sleep latency after the large dose) was reported following a 1 mg or 5 mg oral dose administrated at bedtime.18 Daily administration of 2 mg melatonin in the late afternoon induced unusual tiredness in the early evening after 4 to 5 days and an increase in plasma level that exceeded endogenous nighttime levels by a factor of 10 to 100.19,20 While it appears unlikely that melatonin is directly involved in sleep regulation, owing to the extremely large doses needed to alter sleep, it does appear that it may affect sleep indirectly by altering the phase of the circadian pacemaker.6 Melatonin may provide the first pharmacologic means of shifting the phase position of the circadian rhythm.6

Circadian rhythm Disorders
Melatonin likely plays an important role in biorhythms and there is evidence that administration of exogenous melatonin may alter them—an effect that could have most important therapeutic clinical applications.21-23 The recent discovery of melatonin receptors in the suprachiasmatic nucleus of humans suggests its importance in biologic rhythms.24 The timing of melatonin administration results in variable changes in the underlying rhythm (resulting in a phase response curve similar to that produced by exposure to light) though in the opposite direction (melatonin at the beginning of the night advances the sleep phase and vice versa).23,25

Delayed Sleep Phase Syndrome
In delayed sleep phase syndrome (DSPS), the patient falls asleep late and rises late. There is a striking inability to fall asleep at an earlier, more desirable time. This disorder may represent 5% to 10% of cases with presenting complaints of insomnia.26

Therapy for DSPS includes exposure to bright light upon awakening (toward the end of the phase response curve) to advance both sleep onset and temperature rhythm, chronotherapy, schedule change, and isolated reports of response to melatonin.27

Jet Lag and Shift Work
The circadian clock imposes rigid boundaries on the timing of sleep and wakefulness (alertness), which may limit optimal human performance.7 This is the pathophysiologic mechanism of sleep disorders of circadian rhythms like jet lag and shift-work sleep. It reflects the physiologic function of the circadian clock in the context of extraordinary demands of sleep-wake synchronization. Jet lag has a transient effect on human performance, business, government affairs, and sports,7 whereas shift work causes chronic sleep disruption. Few, if any, night workers regularly experience restful and restorative day sleep in contrast to night sleep. This chronic sleep deprivation is associated with sleepiness-related automobile accidents, social/marital disruption, and psychiatric disturbances. It is an independent risk factor of cardiovascular and gastrointestinal disorders.7 Exposure to sunlight for night-shift workers or jet-setters at their destination results in resetting of the circadian clock to environmental time. Light therapy has been shown to be effective in shift workers to counteract the sunlight signal. A chronobiotic agent like zolpidem may help to accomplish the same goal in jet lag by improving sleep or by a circadian shift.28 Melatonin shifts circadian phase in a “dark-pulse” pattern, which is opposite to that produced by light. The nighttime elevation of melatonin levels protects the circadian oscillator from phase-shifting stimuli, providing a degree of inertia to the system, whereas light overrides the inhibitory modulation of melatonin on the oscillator by suppression of its secretion and strong phase-shifting.7

Conclusion
Melatonin is a pineal hormone that binds to the specific G-protein coupled receptors in the SCN and can shift the phase of the circadian oscillator in a phase-dependent manner. Melatonin produces a dark-pulse phase response curve. It has been studied in the treatment of jet lag and shift-work sleep disorder25; however, sunlight, in contrast to melatonin, produces much larger phase change. In other words, there is a difference in the amplitude of phase change.7 Moreover, age-dependent decrease in sensitivity to melatonin may explain the weaker response to it as compared to light. Melatonin may be significantly less effective in adults than in children because of age-dependent change in human melatonin receptor expression.29

Consumers need to be aware of the unpredictable effects of melatonin. In my practice, I do not recommend melatonin supplements. Pharmacologic and behavioral therapy seems more cost-effective for circadian rhythm disorder. Further research in chronobiotics is much needed to understand the circadian rhythm and its disorders.

Is ‘Blue Light’ Really That Bad for Us? 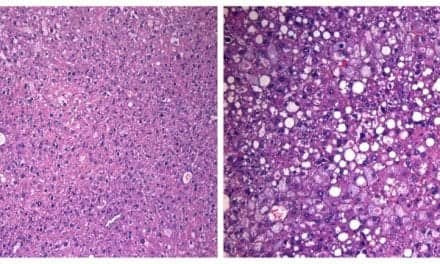 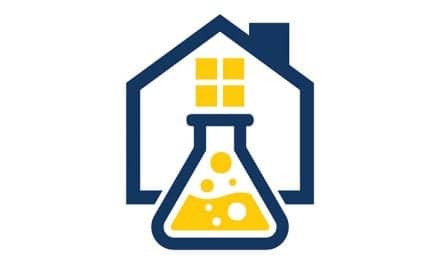 The Burgeoning Business of Sleep Genetic and Biomarker Testing