A new study of more than 8,500 Canadian patients has demonstrated a link between obstructive sleep apnea (OSA) and the development of diabetes, confirming earlier evidence of such a relationship from smaller studies with shorter follow-up periods.

“Our study, with a larger sample size and a median follow-up of 67 months, was able to address some of the limitations of earlier studies on the connection between OSA and diabetes,” says lead author Tetyana Kendzerska, MD, PhD, of the University of Toronto, in a release. “We found that among patients with OSA, the initial severity of the disease predicted the subsequent risk for incident diabetes.”

The study included 8,678 adults with suspected OSA without diabetes at baseline who underwent a diagnostic sleep study between 1994 and 2010 and were followed through May 2011 using provincial health administrative data to examine the occurrence of diabetes. Sleep apnea severity was assessed with the apnea-hypopnea index (AHI), which indicates severity based on the number of apneas and hypopneas per hour of sleep. Patients were classified as not having OSA (AHI <5), or having mild (AHI 5-14.9), moderate (AHI 15-30), or severe (AHI>30) OSA.

During follow-up, 1,017 (11.7%) patients developed diabetes. In analyses adjusting for known risk factors for diabetes, including age, sex, body mass index, neck circumference, smoking, income status, and comorbidities at baseline, patients with an AHI >30 had a 30% higher risk of developing diabetes than those with an AHI <5. Patients with mild or moderate OSA had a 23% increased risk of developing diabetes.

Other risk factors for diabetes included AHI during rapid eye movement sleep and measures of the physiologic consequences of OSA, including oxygen desaturation, sleep deprivation, and activation of the sympathetic nervous system, as indicated by a higher mean heart rate during sleep.

“After adjusting for other potential causes, we were able to demonstrate a significant association between OSA severity and the risk of developing diabetes,” says Kendzerska. “Our findings that prolonged oxygen desaturation, shorter sleep time, and higher heart rate were associated with diabetes are consistent with the pathophysiological mechanisms thought to underlie the relationship between OSA and diabetes.”

The study had a few limitations, including a lack of data on some potential confounders, including family history of diabetes and race, and the possible misclassification of some subjects due to the limitations of the administrative health data used.

“The OSA-related predictors of increased diabetes risk that we found in our study may allow for early preventative interventions in these patients,” says Kendzerska. 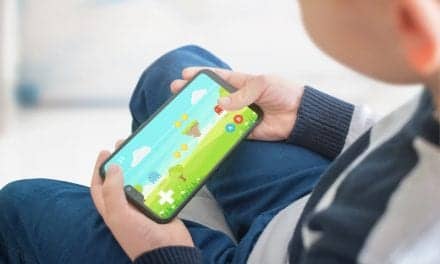