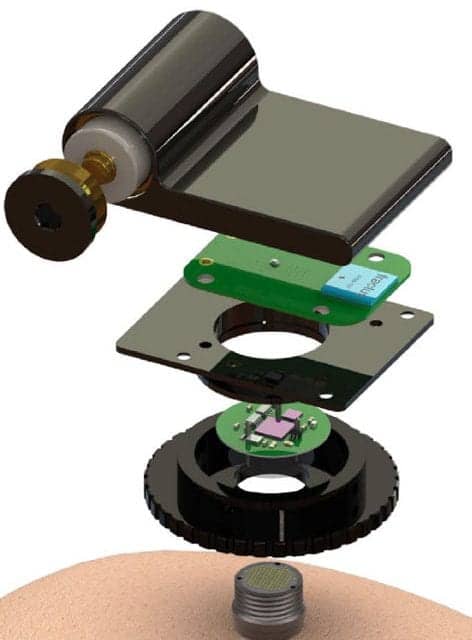 In a study in the journal Neuron, scientists describe a new high data rate, low-power wireless brain sensor. The technology is designed to enable neuroscience research that cannot be accomplished with current sensors that tether subjects with cabled connections.

Experiments in the paper confirm that new capability. The results show that the technology transmitted rich, neuroscientifically meaningful signals from animal models as they slept and woke or exercised.

“We view this as a platform device for tapping into the richness of electrical signals from the brain among animal models where their neural circuit activity reflects entirely volitional and naturalistic behavior, not constrained to particular space,” says Arto Nurmikko, professor of engineering and physics affiliated with the Brown Institute for Brain Science and the paper’s senior and corresponding author, in a release. “This enables new types of neuroscience experiments with vast amounts of brain data wirelessly and continuously streamed from brain microcircuits.”

The custom-engineered neuroelectronic platform is composed of two elements: a 100-channel transmitter only five centimeters in its largest dimension and weighing only 46.1 grams, and a four-antenna receiver that looks like a home Wi-Fi router but employs sophisticated signal processing to maximize the transmitter’s signal while the subject is moving around. Via a small port embedded in a subject’s skull, the transmitter connects to a tiny implanted electrode array that detects the activity of scores of neurons in the cortex. The wireless transmitter is compatible with multiple types and classes of brain sensors, Nurmikko says, with a view toward future sensor development.

“Among the unique features of our technology is that we developed this compact lightweight neurosensor with a custom-designed low-power high-efficiency transmitter,” says paper lead author Ming Yin, a research engineer in Nurmikko’s lab at Brown at the time of the work. “It dissipates two magnitudes less power than commercial 802.11n transceivers to broadcast a comparable rate of high-speed data–up to 200 megabits per second–within a few meters distance. The low power and small size, along with built-in electrostatic discharge protection features, make our device safer and more practical for mobile subjects.”

In the study, the team demonstrated that the transmitter can run continuously for more than 48 hours on a single rechargeable AA battery as it relays a high rate of data directly from the brain.

“The brain sensor is opening unprecedented opportunities for the development of neuroprosthetic treatments in natural and unconstrained environments,” says study co-author Grégoire Courtine, a professor at EPFL (École polytechnique fédérale de Lausanne), who collaborated with Nurmikko’s group on the research.

Courtine and co-lead author David Borton helped to lead experiments testing whether the system could match the performance of the common wired systems. They, with colleagues at Brown and the Bordeaux Institute of Neuroscience, also applied it in two behavioral tasks to ensure that it relayed scientifically interesting neural patterns. The experiments employed a platform developed by the European Project NeuWalk, which is supported by a €9-million investment from European Union.

In one experiment, three rhesus macaques took walks on a treadmill while the researchers used the wireless system to measure neural signals associated with the brain’s motion commands. Meanwhile they used other sensors to measure the activity of leg muscles. The data from the brain showed clear patterns of activity related to the movements of the muscles, demonstrating that the sensor allows for studies of how the brain controls the legs.

“In this study, we were able to observe motor cortical dynamics during locomotion, yielding insight into how the brain computes output commands sent to the legs to control walking,” says Borton, now assistant professor of engineering at Brown.

In another experiment, the Brown and EPFL researchers used the technology to observe brain signals for hours on end as the animal subjects went through sleep/wake cycles, unencumbered by cables or wires. Again the data showed distinct patterns related to the different stages of consciousness and the transitions between them.

“We hope that the wireless neurosensor will change the canonical paradigm of neuroscience research, enabling scientists to explore the nervous system within its natural context and without the use of tethering cables,” Borton says. “Subjects are free to roam, forage, sleep, etc, all while the researchers are observing the brain activity. We are very excited to see how the neuroscience community leverages this platform.” 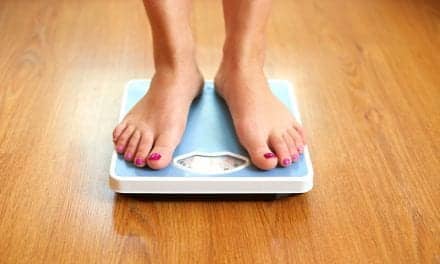 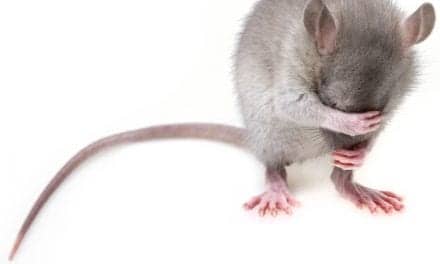