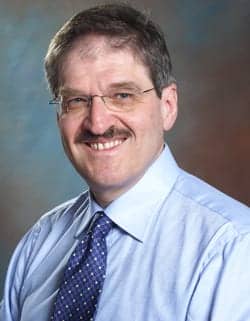 Sleep Review recently spoke with Meir Kryger, MD, FRCPC, regarding his thoughts on being recognized for the National Sleep Foundation (NSF) Lifetime Achievement Award, the events that have shaped his career, and what he sees in the future of sleep medicine.

Kryger was recognized by the NSF for his sustained productivity and leadership, having spent his career thus far dedicated to societal education in the field of sleep medicine. Here’s what Kryger shared with Sleep Review (SR).

SR: What led you into sleep medicine, and how long have you been in the profession?

Meir Kryger (MK): I became interested in sleep medicine due to a single case I had back when I was a medical resident in 1973. I had a patient who was a puzzler. He was overweight and really struggling to breathe. I consulted a friend of mine who was a neurosurgeon, and he helped me to set up a system to study the patient’s brain while he slept. As it turned out, that was one of the first sleep studies done in North America on a patient with sleep apnea.

At the time, there really was no field for sleep medicine. There was no training program. There were no textbooks. That’s when I got really interested in sleep.

I became fascinated with the field because it was such an unknown territory. I was eager to learn as much as I could on the topic, and when I came back to Canada after studying in Colorado, I opened the first lab that clinically studied the breathing of people with sleep disorders.

SR: What have been some of the more rewarding aspects of your career thus far?

MK: There are several things that have been very rewarding. As a doctor, there’s nothing better than seeing the health of your patient improve.

I’ve probably treated 20,000 patients over the years. That’s the most rewarding thing, professionally.

It’s also been very gratifying to have taught so many people about sleep disorders. I taught individuals from all over the world. When they return to where they’re from and establish themselves in sleep medicine, they are helping grow the profession and treat patients around the world. That’s a rewarding realization—to inadvertently affect the lives of so many people worldwide.

SR: What does the National Sleep Foundation Lifetime Achievement Award mean to you?

MK: It makes me feel terrific. Very often when you’re a doctor, you’re working in the clinic, you’re seeing doctors, or you’re giving lectures. When you’re doing these things, you don’t really think about recognition.

What I find most gratifying about receiving the award is that people have noticed the things that I’ve done. I feel very humbled to be recognized for work I didn’t even know people knew about.

SR: In your opinion, what is the future of sleep medicine?

MK: It’s in some ways like exercise and a proper diet—meaning the public is going to realize that sleep is really important. Not just for diseases, but for basic function.