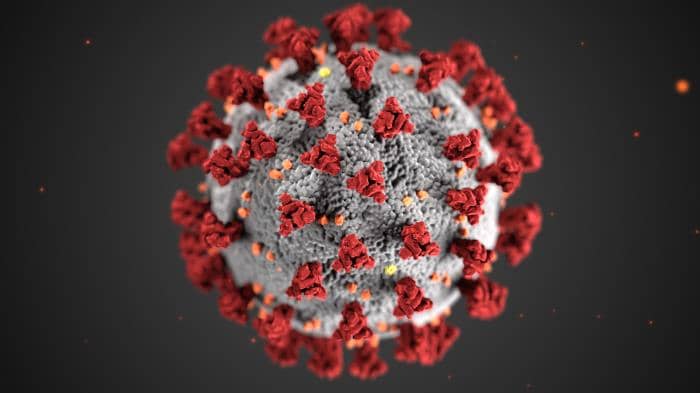 The hormone acts as a barrier against SARS-CoV-2, blocking the expression of genes that encode proteins in cells serving as viral entry points, according to a study by researchers at the University of São Paulo.

Melatonin synthesized in the lungs acts as a barrier against the virus, preventing expression of genes that encode proteins in cells such as resident macrophages in the nose and pulmonary alveoli, and epithelial cells lining the alveoli, all of which are entry points for the virus. The hormone, therefore, prevents infection of these cells by the virus and inhibits the immune response so that the virus remains in the respiratory tract for a few days, eventually leaving to find another host.

The discovery by researchers in Brazil helps understand why some people are not infected or do not manifest symptoms of COVID-19 even when reliably diagnosed as carriers of the virus by RT-PCR. In addition, it offers the prospect of nasal administration of melatonin, in drops or as a spray, to prevent disease from developing in pre-symptomatic patients.

Pre-clinical and clinical trials will be needed to prove the therapeutic efficacy of melatonin against the virus, the researchers stress in an article on the study published in the journal Melatonin Research.

“We showed that melatonin produced in the lung acts as a barrier against SARS-CoV-2, preventing the virus from entering the epithelium, activating the immune system and triggering the production of antibodies,” Regina Pekelmann Markus, a professor at USP’s Institute of Biosciences (IB) and principal investigator for the project, said in a statement.

“This action mechanism by pulmonary melatonin must also involve other respiratory viruses such as influenza,” she added.

Markus began researching melatonin in the 1990s. In a study involving rodents, she showed that the hormone, produced at night by the pineal gland in the brain to tell the organism daylight has gone and it should prepare for sleep, can be produced in other organs, such as the lungs.

In a study also involving rodents, published in early 2020 in the Journal of Pineal Research, Markus and collaborators showed that resident macrophages in the pulmonary airspace absorb (phagocytize) particles of pollution. This aggressive stimulus induced the production of melatonin and other molecules by the macrophages, engulfing the particulate matter in the air breathed in by the animals and stimulating mucous formation, coughing, and expectoration to expel the particles from the respiratory tract.

When they blocked melatonin synthesis by resident macrophages, the researchers observed that the particles entered the bloodstream and spread throughout the organism, even invading the brain.

Based on the finding that melatonin produced in the lungs altered the entry points for particulate matter from air pollution, Markus and collaborators decided to investigate whether the hormone performed the same function with regard to SARS-CoV-2. “If so, the virus wouldn’t be able to bind to the ACE-2 receptor on cells, enter the epithelium and infect the organism,” Markus said.

To test this hypothesis, the researchers analyzed 455 genes associated in the literature with COVID-19 comorbidities, interaction between SARS-CoV-2 and human proteins, and viral entry points. The genes had been identified in studies conducted, among others, by Helder Nakaya, a professor at USP’s School of Pharmaceutical Sciences (FCF) and a coauthor of the study on lung melatonin.

From this group of genes, they selected 212 genes involved in viral cell entry, intracellular traffic, mitochondrial activity, and transcription and post-translation processes, to create a physiological signature of COVID-19.

Using RNA sequencing data downloaded from a public database, they quantified the level of expression of the 212 COVID-19 signature genes in 288 samples from healthy human lungs.

They then correlated these gene expression levels with a gene index that estimated the capacity of the lungs to synthesize melatonin (MEL-Index), based on their analysis of the lungs in healthy rodents. They found that the lower the index the higher the level of expression of genes that encode proteins for resident macrophages and epithelial cells.

The index also correlated negatively with genes that modify proteins in cell receptor CD147, a viral entry point in macrophages and other immune cells, indicating that normal lung melatonin production may be a natural protector against the virus.

The results were corroborated by three statistical techniques: the Pearson test, which measures the degree of linear correlation between two variables; a gene set enrichment analysis; and a network analysis tool that maps the connections among the most expressed genes so as to compare the same set of genes in different states. The latter was developed by Marcos Buckeridge, a professor at IB-USP and also a coauthor of the study.

“We found that when MEL-Index was high the entry points for the virus in the lungs were closed, and when it was low these ‘doors’ were open. When the doors are shut, the virus wanders around for a time in the pulmonary airspace and then tries to escape in search of another host,” Markus said.

Because lung melatonin inhibits transcription of these genes that encode proteins for viral entry point cells, application of melatonin directly into the lungs in the form of drops or spray could block the virus. More research is required to prove that this is indeed the case, however, the researchers note.

Another idea could be to use MEL-Index, the pulmonary melatonin metric, as a prognostic biomarker to detect asymptomatic carriers of SARS-CoV-2.