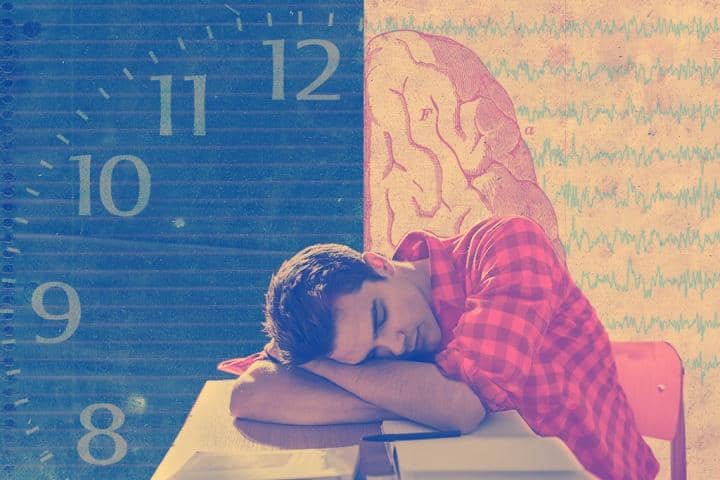 A University of Delaware researcher investigated the relationship between midday-napping behaviors and neurocognitive function in early adolescents and found some keys to helping the teens battle fatigue.

In a study funded by the National Institutes of Health, School of Nursing assistant professor ‘s Xiaopeng Ji and principal investigator Jianghong Liu (University of Pennsylvania) turned to the Chinese classroom. With participants from schools in Jintan, she measured midday napping, nighttime sleep duration and sleep quality, and performance on multiple neurocognitive tasks.

Ji is interested in the relationship between sleep and cognition. Because of the intensive learning and education demands, the adolescent population is key. Neurocognitive functioning is essential for learning, emotion and behavior control. Her findings suggest that an association between habitual midday napping and neurocognitive function, especially in China, where midday napping is a cultural practice.

“Daytime napping is quite controversial in the United States. In Western culture, the monophasic sleep pattern is considered a marker of brain maturation,” Ji says in a release. “In China, time for napping is built into the post-lunch schedule for many adults in work settings and students at schools.”

Ji has studied the circadian rhythm of sleep. A developmental change takes place in circadian rhythm during adolescence; teenagers’ rhythm shifts one to two hours later than the preadolescent period.

“This phase delay is biologically driven in adolescents,” Ji says. “Think about that in a school schedule. Teenagers have to get up early for school. And, with this phase delay of going to bed later, they are at-risk for chronic sleep deprivation.”

A circadian dip occurs daily from 12 to 2 pm. During that period, adolescents are more likely to fall asleep. In a US school, a student does not have a formal opportunity to do so. “Throughout childhood, US kids experience decreases in napping tendencies. Kids are trained to remove their midday napping behavior,” Ji says. “Conversely in China, the school schedule allows children to maintain it.”

Researchers have taken a friend or foe mentality towards napping. Many consider a midday snooze as needed compensation for nighttime sleep deprivation; another faction believes daytime napping continually interferes with nighttime sleep. Many studies invite people to a lab setting—experimentally imposing the nap—and find the aforementioned cognitive benefits. But Ji says that’s difficult to correlate with habitual sleep at home.

“The results from lab studies may be different from what the population is habitually doing at home—sleeping in their own bed,” Ji says.

Lots of research exists on adults, but that’s not the case for adolescents. This lack of literature motivated Ji to take on the task. And since the American school schedule was a barrier to finding more information, researchers used Chinese data in the University of Delaware and University of Pennsylvania collaborative study.

The results are published in the journal of Behavioral Sleep Medicine.

Ji investigated two dimensions of nap behavior—frequency and duration. Routine nappers, who napped 5 to 7 days in a week, had sustained attention, better nonverbal reasoning ability, and spatial memory. How long to nap is also an important question? The sweet spot is between 30 to 60 minutes. A nap longer than one hour interferes with circadian rhythm. Participants who slept between 30 to 60 minutes produced better accuracy in attention tasks as well as faster speed. She recommends not to nap after 4 pm, nor over-nap.

Researchers were surprised to find a positive relationship between midday napping and nighttime sleep, which is different than the literature. Habitual nappers (who napped more often) tended to have a better nighttime sleep.

“That’s different than the findings in the United States, where napping may serve as a function to replace sleep lost from the previous night. Consequently, that may interfere with the following night’s sleep,” Ji says. “In China, a midday nap is considered a healthy lifestyle. Routine nappers are more likely to experience healthy nighttime sleep. So routine nappers are essentially trained to sleep well and sleep more at night.”

Ji was clear that this study was observational. At this point, she cannot conclude causality. She hopes this line of research can inform future studies and public health policy.

Image by Jeff Chase/University of Delaware 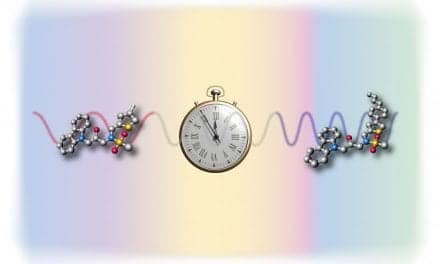