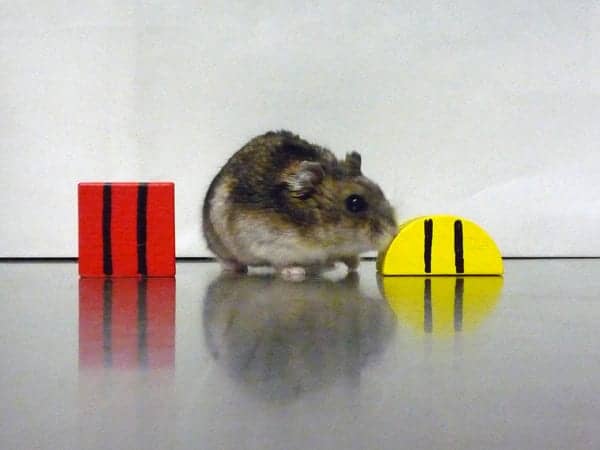 Anyone who has struggled with a foggy brain while adjusting to daylight saving time knows first-hand how an out-of-sync circadian clock can impair brain function.

Now, by manipulating the circadian clocks of Siberian hamsters, Stanford scientists may have identified a brain structure that disrupts memory when circadian rhythms fall apart, as they often do in patients with neurodegenerative diseases such as Alzheimer’s.

“What we’ve been able to show is that the part of the brain that we absolutely know contains the circadian clock, the suprachiasmatic nucleus (SCN), also has an important role in learning and memory,” says Norman Ruby, a senior research scientist of biology at Stanford and senior author on the study, in a release. “When that clock doesn’t work well, memory deficits show up.”

Importantly, the researchers found that a broken clock impairs memory, but when they surgically removed the SCN from the hamsters, their memory abilities returned in full force, creating the possibility for new therapies.

Ruby and his colleagues designed an elegant experiment to zero in on the SCN’s role in memory. First, they trained Siberian hamsters in a standard learning and memory task, which involved familiarizing them with two objects and then, some time later, changing up one of the objects and seeing if the rodents noticed. On the whole, the animals excelled at the test.

Once the animals had mastered the task, the researchers exposed them to light at odd intervals, which threw off their circadian rhythms. The arrhythmic hamsters were then given the same memory task, and failed miserably.

Next, the researchers surgically removed each hamsters’ SCN, essentially eliminating it from the memory circuit, and gave the memory test a third time. Even though the animals’ circadian rhythms were still out of sync, the animals performed the test as well as they had at the beginning of the experiment.

The reason this works isn’t entirely understood, Ruby says, but this experiment shows that when an arrhythmic SCN is misfiring, it chronically inhibits learning and memory.

Elderly people with neurodegenerative memory deficiencies also often complain of poor sleep, which can be associated with weakened circadian timing. These symptoms were believed to be coincidental, Ruby says, but recently scientists have begun to connect the two, and have tried to treat memory disorders by fixing the circadian clock.

These approaches have proven complex and are not always easy to implement, Ruby says. The new work suggests that rather than repairing the systems responsible for a misfiring SCN, it might be more productive to simply remove it from the equation.

“The more I investigate it, the idea of shutting off the SCN as a way of restoring memory ability in humans seems more provocative and possibly doable,” Ruby says. “If you are treating a a neurodegenerative brain, rather than fixing the circadian clock, it might be easier to just pharmacologically shut down the SCN.

“I’m pretty excited about exploring this as a new target for treating some types of adult memory disorders.”

The research, published in the current issue of Science, was co-authored by Fabian Fernandez, who conducted the work while earning his PhD in neuroscience at Stanford, and biology professor H. Craig Heller. Four of Ruby’s former undergraduate students–Derek Lu, Phong Ha, Patricia Costacurta, and Renee Chavez–contributed to the work and are also named as co-authors.

That All-Nighter is Not Without Neuroconsequences