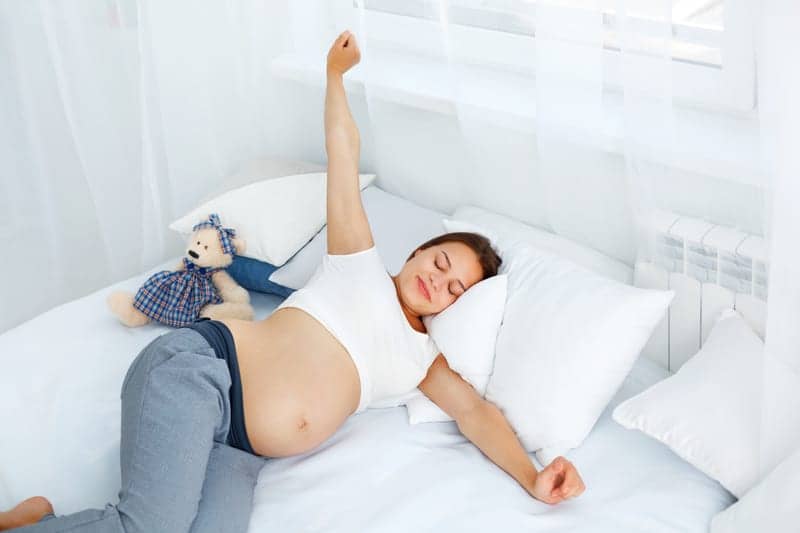 Add this to the list of what to expect: Getting up earlier, at least in the first trimester.

New research from Washington University in St. Louis finds that women and mice both shift their daily schedules earlier by up to a few hours during the first third of their pregnancy. A new study by researchers in Arts & Sciences and at the School of Medicine shows how impending motherhood induces changes in daily timing of a mother which, when disrupted, may put a pregnancy at risk, as reported in the Journal of Biological Rhythms.

“This is a very important first step in understanding what’s happening in term pregnancy, and it has a potential to inform our ability to intervene and prevent preterm birth in certain populations,” says Carmel A. Martin-Fairey, PhD, a postdoctoral fellow in the department of biology in Arts & Sciences and in obstetrics and gynecology at the School of Medicine, in a release.

Nationwide, one in 10 babies is born too early, before 37 weeks of pregnancy have been completed. Shift work and other disruptions of a regular sleep-wake schedule have been associated with preterm birth and other poor reproductive outcomes. But previously little was known about circadian timing during pregnancy.

Monitoring Before and During Pregnancy

Nearly all organisms have a biological clock that keeps daily time, driving 24-hour rhythms in behavior and physiology. These rhythms involve sleep and wake cycles, metabolism, hormone secretion, activity level, and other physical processes—and may influence reproduction in many species, including humans.

The new study tracked 39 St. Louis area women as part of a larger, ongoing study of 1,000 births. Study participants wore wristwatches that continuously monitored their daily activity and rest for two full weeks before they attempted to conceive. Once the women found out they were pregnant, they again donned the watches for the duration of their pregnancies up until delivery.

In mice, the experimental setup was very similar, with researchers monitoring both pre-pregnancy and during-pregnancy activity—in part by observing the time that the mice spent on a running wheel.

The study found that mice and women both shift their daily schedule earlier by up to a few hours during the first third of their pregnancy.

In mice, this advance in the daily rest-activity pattern was detectable by the third day of pregnancy and persisted until 10 days before delivery. Similarly, the advance of the daily schedule in pregnant women gradually returned to normal before delivering.

“For the mice at least, the fact their activity advanced so early in pregnancy was surprising. We had no idea,” says Sarah England, PhD, the Alan A. and Edith L. Wolff Professor of Medicine in obstetrics and gynecology. England is associate program director of the March of Dimes Prematurity Research Center at the School of Medicine and a co-author of the new study.

“What happens in early pregnancy is that they shift their total activity to earlier in the day,” says Erik Herzog, PhD, professor of biology in Arts & Sciences and lead author of the new study. “But they don’t seem to sleep more or be more active during their early pregnancy. It’s just a change in their daily timing.”

“Later in pregnancy, that’s when we start to see that they’re carrying a load and running less,” Herzog says, of the mice in the study. “So they seem to be separable processes.”

Certainly, a wearying workload can cause a childbearing mother to alter her schedule and sleep-rest patterns. But Herzog says this study shows it’s more than that because of how early in the pregnancy the clock shift occurs.

“There’s the fatigue perhaps, or extra work that’s required to carry a baby. But there’s something about the daily timing system that’s changing early in pregnancy probably due to the hormones that are associated with pregnancy,” he says.

Researchers also observed that the total amount of activity during pregnancy was significantly reduced—in both mice and women.

“In the mice it was centered around late gestation, whereas in women it was significantly reduced across the entire gestation,” Martin-Fairey says.

A First Step Toward Understanding Circadian Rhythms in Pregnancy

So the new research results provide a look into potential medical issues because they indicate that pregnancy induces changes in daily rhythms, altering both time of onset and amount of activity.

“This finding is fascinating because while we know that miscarriage, preterm birth, and other serious complications during pregnancy are linked to disruptions in a mom’s circadian rhythm, we don’t know how it works,” says Kelle H. Moley, MD, chief scientific officer for March of Dimes, in a statement. “This study takes us one step closer to understanding how normal circadian rhythm supports healthy pregnancy.”

This is the first publication that these collaborators have published related to circadian rhythms using data from this large St. Louis study. Other future work will help researchers better understand the impact of shift work and other high-risk groups for preterm birth.

“In preterm birth, there is a health disparity with African-American women having a higher rate,” England says. “We are well-situated in St. Louis to delve into some of the mechanisms underlying this disparity.”

“Sleep in medicine is poorly studied,” says Emily S. Jungheim, MD, associate professor in the department of obstetrics and gynecology in the School of Medicine and a co-author on the new study. “Even among healthy women and men—those who eat well, who exercise—the one thing they’re willing to do without a second thought is skimp on their sleep. A lot of people don’t pay attention to how important it might be.”

But sleep is something that can always be improved. Women who are looking to conceive can prioritize sleep.

“A lot of times if you’re looking at things during pregnancy, the cat’s already out of the bag,” Jungheim says. “There’s nothing you can do to fix it because things are already so far gone. But if you can identify a risk factor for preterm birth in a regular reproductive-age woman before she gets pregnant, you actually have time to modify it, and to see if you’ve fixed it—before she gets pregnant.” 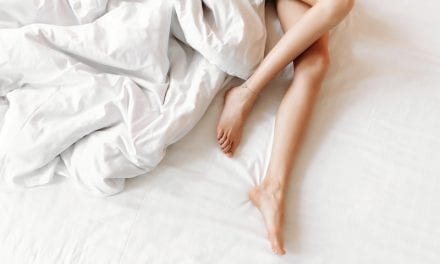