Just walking into the Annenberg Center for Health Sciences informs any visitor of the vision of its founder, media magnate and former United States Ambassador Walter Annenberg.

The walls of the rotunda’s two floors are lined with a permanently installed art exhibit based on the history of medicine that Annenberg commissioned, with reproductions of works by Leonardo da Vinci, Henri de Toulouse-Lautrec, and Andrew Wyeth.

The artwork displayed in the rotunda reflect founder Walter Annenberg’s desire to create an educational facility that focuses on issues related to health.

When Annenberg gave a $4-million health sciences endowment in 1979, he did so to create a facility focusing on the advancement of medicine and public health through educational programs and national forums.

The Annenberg Center for Health Sciences 485-seat auditorium houses the many visitors who come to the site for its educational programs.

The Annenberg Center for Health Sciences has become just that, focusing on the continuing education of health care providers and the wellness of the public at large.

“We’re on a medical campus, which is certainly an important factor in having conferences and educational programs,” says George Hurrell, MBA, executive vice president.

Among the top draws is its annual “Conference on Sleep Disorders in Infancy and Childhood.” The 23rd annual conference is scheduled for January 13-15. Approximately 250 people, including faculty and exhibitors, attended last year’s conference, with more expected this year.

“It really came about as an interest of our pediatric staff to look into this topic. Historically, it certainly was a big item at that particular time,” recalls Merle Bolton, MD, a cardiologist and chairman of the board of directors.

“We try to keep it fairly clinical and scientific, but with a lot more interaction and engagement with the audience,” Hurrell says. “There is a lot of opportunity at this center for interactions and for a collegial type of environment that helps get information out there.”

The conference is designed as a multidisciplinary program, with an intended audience including physicians, social workers, psychologists, respiratory care practitioners, sleep scientists, polysomnographers, and other allied health care professionals.

“It brings an amazing collection of people from all over the country that are involved in sleep disorders,” Bolton says.

Annenberg Center is an accredited provider of continuing education for health care professionals, and all of its programs, including the conference, offer credit to individuals in multiple disciplines.

The center’s administration has discussed exploring other options to cover the topic of sleep disorders. Every Thursday from September through June, the Annenberg Center hosts its Grand Rounds program, a lecture series on a variety of issues for local and regional health care professionals.

The center also publishes JournalPlus™, a reprint-based magazine that covers all fields of medicine. “It’s a way of getting published information out to a target audience, particularly in some cases where you’ve got stuff appearing in specialty journals that don’t necessarily get as wide a distribution as you want,” Hurrell says.

The annual sleep disorders conference remains a highlight of the Annenberg Center’s programs. Bolton says the field continues to be a challenge. “Sleepiness and sleep disorders certainly affect everyone from infants and children to adults,” he says. “With respect to children, sleepy children are sometimes diagnosed with attention deficit disorder, treated with methylphenidate, which makes sleeping even harder. Sleepy adolescents do worse on standardized tests. [These disorders] reach across a whole spectrum of people who might require health care.

“They continue to expand because they continue to be a current problem that we’re struggling with on how to diagnose, how to treat, how to manage,” Bolton says.

Sleep and Home-Schooling: How to Keep Your Kids Well-Rested During COVID 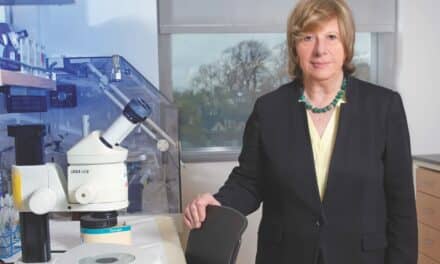