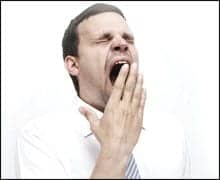 In today’s economic climate, job losses and wrecked 401(k)s are cutting into Americans’ pocketbooks from coast to coast. For many Americans, it now seems that even the Sandman is being forced to take a furlough. According to results from the National Sleep Foundation (NSF) 2009 Sleep in America poll, more than a quarter of Americans (27%) say their sleep has been disturbed at least a few nights a week in the past month due to personal financial concerns (16%), the US economy (15%), and/or unemployment (10%).

Because of the way the human body is programmed, high stress situations that have the potential to impact survival can keep people on high alert. Among other health consequences impacted by stress, sleep takes a big hit. “The body’s sympathetic nervous system (our fight or flight responses) can kick in if something is creating anxiety,” says Amy R. Wolfson, PhD, professor of psychology at College of the Holy Cross, Worcester, Mass, and a member of the poll’s task force. “This can be as big as maybe your own job or paying for your children’s school, or whatever is being affected. You might wake up and these symptoms (increased heart rate, sweaty palms) kick in. If you are aroused, these responses make it difficult to sleep.”

And the problems don’t stop when Americans get out of bed in the morning, according to the NSF poll. More than half (54%) of those who have had their sleep disturbed by economic concerns at least a few nights a week in the past month also experienced emotional difficulty in the same time periods.

“Things like losing your job wouldn’t inherently be defined as trauma, but it could become a traumatic experience,” adds Wolfson. “In other words, if you had to abandon your house because you couldn’t make your payments—that could become a trauma. We do know that people who suffer from PTSD [post-traumatic stress disorder] or [show] even mild symptoms have a lot of difficulty sleeping.”

Quality of life is also taking a beating for people losing sleep. Compared to those who report sleeping 8 or more hours (28% of all respondents), the respondents who say they are sleeping less than 6 hours on a typical workday or weekday (20% of all respondents) are more likely to be not completely satisfied in their relationships, among those married or partnered (31% somewhat satisfied or less versus 17%), and/or with their job, among those employed (57% somewhat satisfied or less versus 43%).

Other problems affecting the world are also keeping Americans up at night, even if at a lesser degree. National and global issues that are affecting the sleep of Americans to a lesser extent include: health care costs (8%), the war in Iraq or Afghanistan (6%), global warming/environment (3%), and/or the threat of terrorism (3%).

Wolfson credits the difference between the economy’s impact on sleep and the impact other national/global problems have on sleep to timing. “I believe there is data available that shows that shortly after 9/11, that would have been what people were losing sleep over. It is just a matter of ‘What are the pressing issues facing people?’ The more an issue is affecting more people, you’re going to see more people’s sleep affected.”

Compared to their better-sleeping counterparts, the 27% of respondents who reported disturbed sleep due to financial concerns, the economy, or employment worries are more likely to report being unable to:

It is not all bad news that came out of the 2009 Sleep in America Poll. This year’s results show that Americans list a growing understanding of the important role sleep plays in their overall health.

Four in 10 Americans polled (42%) agree that sleep is the most important (25%) or at least equally important to overall health as diet and exercise (17%), when asked to rank the importance of all three.

Why aren’t Americans taking steps to get the sleep they say they need? Wolfson attributes this to two different factors—personal motivation and systemic barriers.

“Complex human behavior is difficult to change,” says Wolfson. “I would argue that it’s good news that there is awareness. The challenge now is to ask, ‘Okay, what are the steps needed to help people make these changes.'”

“Some things that are not conducive to getting more sleep are difficult for the individual to change, such as shift work jobs or a long commute. Those changes are more about getting individuals to really be a part of the change movement: to suggest napping rooms in big companies, to talk with industry about changes in shift work policy, to not burn the candle at both ends if you don’t need to,” adds Wolfson.

Compared to the 2001 NSF poll results, current data show a significant rise in the number of people who report experiencing a sleep problem at least a few nights a week. That number now stands at a considerable 64% with 41% of those currently reporting problems every night or almost every night.

Although so many people report getting insufficient sleep, only 32% of all respondents reported ever discussing sleep with a health care professional. The poll suggests that this factor could be keeping many people with full-blown sleep disorders from being diagnosed. Among the group that has discussed sleep with a health care professional, almost one-half (42%) have/had a sleep disorder. “This is two-pronged,” says Wolfson. “Number one, patients [aren’t talking to health care professionals about sleep because] they are not asked. We’re still behind on getting health care providers to ask about sleep the same way they ask about diet and exercise,” she says. “Number two relates to the motivational side of this. Sometimes you’re knowledgeable [about the importance of sleep]—you know you may have a problem with this or you should be coming up with a way to get more sleep. But until you’re motivated to make a change, you are not going to present it as a problem to a health care provider. This is about getting people to accept that there are consequences at a personal level if they don’t make changes in their behavior.”

The first point: “The good news is that, at least based on this poll, we estimate that Americans are more knowledgeable than previous polls suggested about the importance of sleep in their lives. However, the poll suggests that Americans are not ready to make the necessary changes,” says Wolfson.

“The second point would be that indeed, when we have large-scale stressors, both in this country and worldwide, they do have health consequences. In particular, in this case we’re documenting that people are having difficulty sleeping or maintaining sleep, or are getting inadequate amounts of sleep, because of this large-scale stressor,” adds Wolfson. “It is not inconsequential—it does not have only financial consequences, it has health consequences.”

Katie Griffith is associate editor for Sleep Review. She can be reached at sleepreviewmag@allied360.com.