If you have been following Sleep Report, you know about the recent letter from the American Association for Respiratory Care (AARC) to its officials. If not, the gist of the letter is this: The AARC is telling its leadership that polysomnography legislation is encroaching on the scope of practice of the respiratory care profession. In fact, the letter states, “Our profession is under attack. We are at the precipice of a situation where state by state the profession of respiratory therapy stands to legally have part of its scope of practice rescinded and taken away from you.” The fact of the matter is that respiratory therapy is not under attack, but is being further defined along with sleep medicine, and it is this type of defining that serves to advance patient care.

The respiratory care community experienced similar defining when it established itself as its own medical specialty. Robert F. Clothier, Jr, EdD, RRT, RPSGT, recalls the process in a comment on Sleep Review’s Facebook page: “I’ve been around long enough to remember the battles respiratory therapy fought with nursing to break free of the control by nursing, rightly claiming that even though there were some overlaps, nursing personnel did not have the knowledge and training to do the respiratory therapy job and that respiratory therapy was a distinct specialty that should stand on its own. So now it’s time for RT [respiratory therapy] to accept and acknowledge that polysomnography is a distinct specialty all its own that happens to have some limited equipment overlap with RT but that its application is entirely different.” Are patients better off with RTs to treat their respiratory disorders? You bet. Similarly, are patients better off with their own specialized clinicians to treat their sleep disorders? For sure.

According to an AAST membership update, here is what a few current PSG-related laws are aiming to do:

While it’s easy to get territorial about the issue of where the scope of sleep/respiratory care falls, outsiders can easily detect motives. “It concerns me that this is such a personal issue when we should all work together and appreciate what each specialty brings to the table (or should I say ‘bed’),” Melissa Kaye Roy Jones, RRT, RPSGT, PharmD, staff pharmacist at the Inpatient Pharmacy of the University of Arkansas for Medical Sciences, stated in a comment on Sleep Review’s Facebook page. You are the representatives of your field. Let your motivation and advocacy for your profession be patient-centered to ensure the field of sleep gains the recognition it deserves. For more on this subject, read the “Propaganda and Reality” article by Henry Johns, BS, RPSGT, CRT, CPFT. 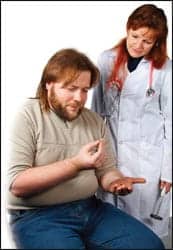 The Art of Managing Bariatric OSA