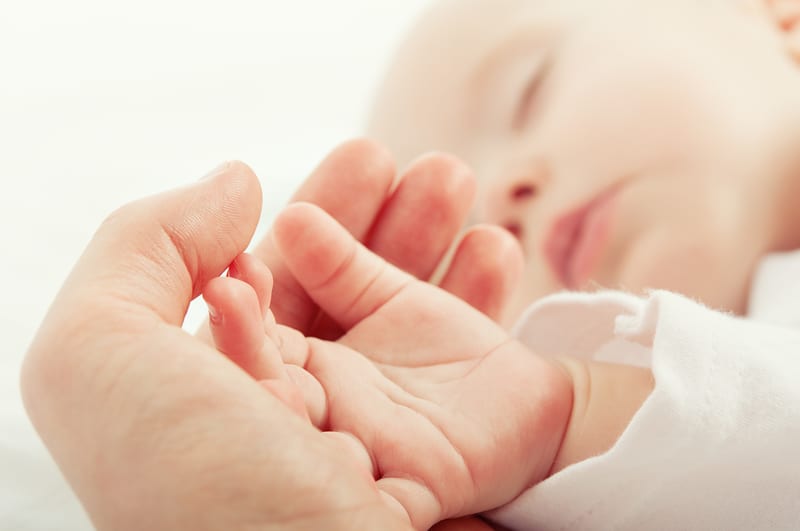 When her daughter was born two-and-a-half years ago, Mary Goldsberry-Troyer eagerly watched for the typical developmental milestones in her firstborn. She noted when Vivi smiled, rolled over, and took her first step.

But when Ben was born two months ago, Goldsberry-Troyer tuned in to more than her son’s wake-time activities. She also studied Ben’s movements as he slept.

What this Iowa City mom noticed was an activity that Mark Blumberg, a professor in the Department of Psychological and Brain Sciences at the University of Iowa (UI), has been studying for two decades: sleep twitches—those little jerks and spasms of the arms and legs, fingers and toes, eyes and eyelids, head, mouth, cheek, and brow that most people assume are just responses to dreams.

Not so, says Blumberg and research scientist Greta Sokoloff.

“Although often overlooked, there is a substantial problem with the sensorimotor system in these disorders,” Blumberg says.

Until recently, UI researchers had worked most extensively with baby rats, monitoring their brain activity for clues to the functions of twitching. But over the past year, parents like Goldsberry-Troyer have been helping UI researchers by allowing them to study their children as they sleep in the lab. Parents are also being recruited online to share observations of their children’s sleep twitches, as well as their physical activities while awake.

If all goes as planned, the UI researchers hope to reveal patterns in the relationship between sleep twitches and the motor skills displayed by babies while awake. Though it’s too soon to draw conclusions, early observations show they could be on the right track.

“We are beginning to see intriguing relationships between twitching and the skills that babies are developing,” Blumberg says.

Among the earliest data collected is what researchers say appears to be a relationship between infants’ neck twitches during sleep and their ability to support their heads while awake.

“Once the infants are able to support their head while they are awake, the proportion of neck twitches to other types of twitches goes down,” Sokoloff says. “We are looking for relationships like these where we can potentially use twitches to predict the onset of new motor skills and perhaps, in time, detect developmental problems.”

Blumberg says they’ve observed another pattern: twitches in the distal limbs—wrists and fingers—occurring when babies are starting to display reaching behaviors.

The UI researchers are 12 months into an 18-month grant from the Bill & Melinda Gates Foundation to study sleep twitches in human babies. For this study, they have recruited infants between the ages of 2 weeks and 18 months whose parents are willing to bring them once a month to the lab to be videotaped while they sleep. The families are compensated $30 per visit.

The researchers recently expanded their study to include an online questionnaire that they hope will improve their chances of identifying patterns to direct future research. Several dozen parents have thus far responded to the questionnaire, which takes about 10 minutes to complete and includes, among other things, a consent form, tutorial video, and questions about the child’s sleep and wake behavior. Participating parents will receive follow-up questionnaires each month for as long as they wish to participate.

“The goal is to collect vast amounts of data and sift through what is reliable later,” Blumberg says. “It’s all very early in the process, but if we can get hundreds or thousands of respondents across the globe, we believe that we will be in a better position to detect developmental patterns.”

As for why adults twitch in their sleep, Blumberg says it may be the mature body’s way of re-calibrating the sensorimotor system as we grow older.

“We gain weight, we lose weight, we do strength training, and learn new skills,” Blumberg says. “All of these things require re-calibration of our sensorimotor system.”

Goldsberry-Troyer says she sees a difference between the sleep twitches of her older and younger child and how those twitches relate to what Vivi and Ben do while awake.

“My 2-year-old is developing fine motor skills in her hands, and that seems to match the twitches she makes when she sleeps,” Goldsberry-Troyer says, adding that her two-month-old doesn’t do much sleep twitching of individual fingers.

“He does more neck twitches that cause his whole head to move, or he moves his whole arm or his whole leg,” she says. “It’s interesting to see the difference.”

Why We’re Exhausted: Stress and Social Media Are Taking Their Toll