Oxford University researchers have discovered what causes a switch to flip in our brains and wake us up. The discovery, published in the journal Nature, brings us closer to understanding the mystery of sleep.

Gero Miesenböck, MD, in whose laboratory the new research was conducted, says in a release: “The circadian clock allows us to anticipate predictable changes in our environment that are caused by the Earth’s rotation. As such, it makes sure we do our sleeping when it hurts us least, but it doesn’t speak to the mystery of why we need to sleep in the first place.

“That explanation will likely come from understanding the second controller—called the sleep homeostat. The homeostat measures something—and we don’t know what that something is—that happens in our brains while we are awake, and when that something hits a certain ceiling, we go to sleep. The system is reset during sleep, and the cycle begins anew when we wake up.”

The team studied the sleep homeostat in the brain of fruit flies—the animal that also provided the first insights into circadian timekeeping, some 45 years ago. Each fly has around two dozen sleep-control neurons, brain cells that are also found in other animals and believed to exist in people. These neurons convey the output of the sleep homeostat: If the neurons are electrically active, the fly is asleep, and when they are silent, the fly is awake.

To switch the neurons the team relied on a technique called optogenetics, discovered by Miesenböck in 2002, in which pulses of light are used to switch on and off the activity of brain cells. In the current work, optogenetics was used to stimulate the production of the messenger chemical dopamine.

In people, drugs that act as psychostimulants (such as cocaine) increase dopamine levels in the brain, and this effect was also seen in the flies. When the dopaminergic system was activated, the sleep-control neurons fell silent and the fly woke up. If the team stopped the dopamine delivery and waited for a while, the sleep-control neuron flipped back to the electrically active state and the fly went back to sleep.

The sleep switch is a “hard” switch, meaning that it is either on or off. “That makes sense,” says Miesenböck. “You want to be either asleep or awake but not drift through twilight states.”

Diogo Pimentel, one of the two lead authors of the study, says, “Being able to operate the sleep switch at will has given us a chance to find out how it works.”

When sleep-control neurons are electrically active, an ion channel the researchers discovered and called “Sandman” is kept inside. Ion channels control the electrical impulses through which brain cells communicate. When dopamine is present, it causes Sandman to move to the outside of the cell. Sandman then effectively short-circuits the neurons and shuts them off—leading to wakefulness.

Lead author Jeff Donlea, PhD, says: “In principle, this is a device that’s similar to the thermostat on the wall of your living room. But instead of measuring temperature and turning on the heat when it is too cold, this device turns on sleep when your sleep need exceeds a set point.”

As Miesenböck explains: “The billion-dollar question in all of this is: What is the equivalent of temperature in this system? In other words, what does the sleep homeostat measure? If we knew the answer, we’d be one giant step closer to unraveling the mystery of sleep.”

Image courtesy Centre for Neural Circuits and Behaviour/University of Oxford 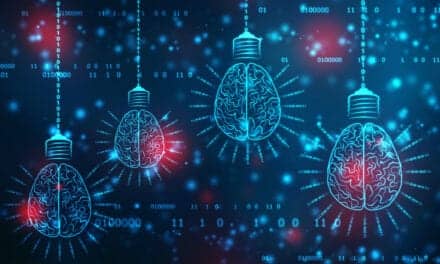 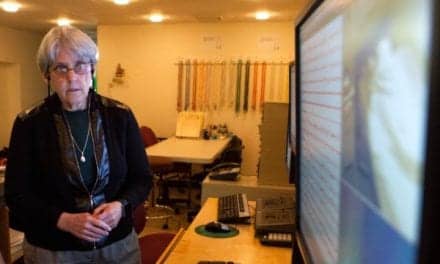