OptiNose Inc, a privately-held Delaware specialty biopharmaceutical company, today announced that its Norwegian affiliate (OptiNose AS) was selected to receive up to NOK15.9 million (USD$1.8 million) by the Research Council of Norway to study its unique nasal drug delivery technology in the treatment of narcolepsy.

The OptiNose proposal was one of 50 company projects selected from among 181 applications submitted to the Research Council’s program for user-driven, research-based innovation research. Subject to successful contract negotiations with the Research Council and project partners, OptiNose would be able to use this research grant to help defray the cost of investigating “nose-to-brain” activity of orexin-A delivered using patented OptiNose Bi-Directional Breath Powered delivery technology for the treatment of narcolepsy. Partners who have agreed to collaborate with OptiNose in the project include the Norwegian Centre of Expertise for Neurodevelopmental Disorders and Hypersomnias at Oslo University Hospital (OUS-NevSom); Hovione Farma Ciencia SA, Lisbon, Portugal; and Smerud Medical Research, Oslo, Norway.

“The opportunity to further investigate nose-to-brain drug transport in an effort to develop a new and much needed treatment for narcolepsy is very exciting,” says Per G. Djupesland, MD, PhD, chief scientific officer of OptiNose AS, in a release. “Narcolepsy is a chronic neurological disorder caused by destruction of neurons in the brain that produce orexin-A, a neuropeptide regulating sleep and wakefulness. Currently available drugs primarily target the symptoms of narcolepsy and have many side effects. Patients suffering from narcolepsy experience excessive daytime sleepiness, disturbed nocturnal sleep, and episodes of sudden muscle paralysis triggered by emotions. We hope to advance the science and generate positive outcomes by directing treatment closer to the root of the problem by using orexin-A powder delivered with our innovative exhaler device.”

Peter Miller, OptiNose CEO, says, “2016 is off to an exciting start. We continue to advance both our near-term assets and our early-phase projects for conditions where there is real need for improved treatments. We have invested in research and development of novel therapies with significant differentiation, and we are pleased the Research Council of Norway believes it could be valuable to support this new project.” 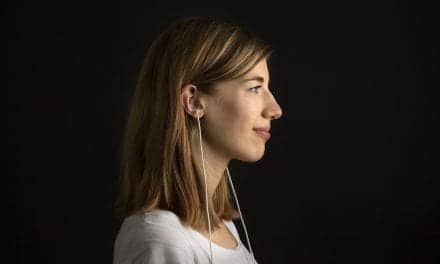