Narcolepsy Can Look Different in Kids Than It Does in Adults 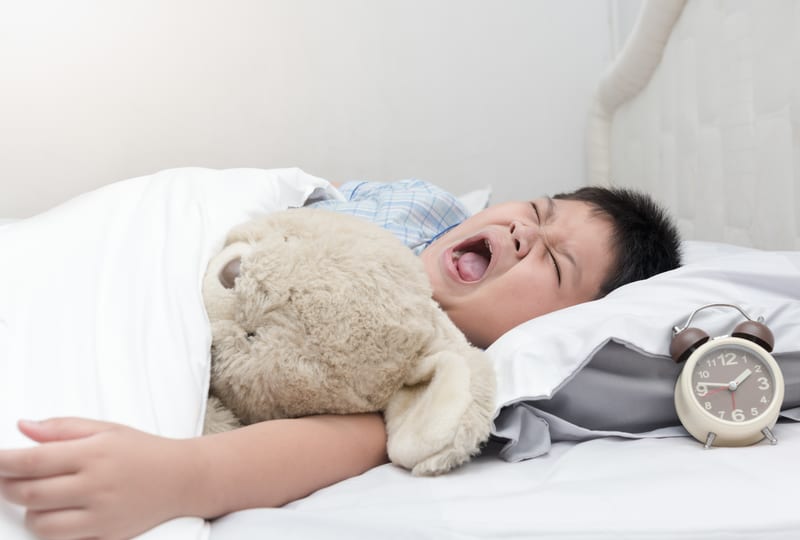 Narcolepsy in children is often not spotted until well into adulthood. A child slouched over their desk, asleep during school, or appearing drowsy could easily be mistaken for a psychiatric case. A cataplexy episode, when a patient loses control of their muscles, is sometimes mistaken for other neurological conditions. By the time pediatric patients get the right diagnosis, they are usually falling behind in school and have suffered a great deal, says Heather M. Clawges, MD, an associate professor in the pediatric sleep medicine division of West Virginia University.

“Patients who have narcolepsy are getting to us late and the later they come to us, the harder they are to treat,” says Clawges.

There’s no telling how many cases of childhood narcolepsy fall through the cracks, but multiple studies have determined that the diagnosis of narcolepsy is typically delayed by a mean of about 15 years after the onset of symptoms.1,2-4  This is why more physicians should prioritize screening children for this sleep disorder, especially the youngest of their patients who might not be able to fully articulate what they are experiencing, says Clawges.

To raise awareness around the issue, sleep researchers and physicians teamed up to publish a paper in the journal Pediatric Neurology titled “Clinical Characteristics and Burden of Illness in Pediatric Patients with Narcolepsy.”5 The aim of the paper is to alert physicians of the early warning signs and how the presentation of narcolepsy in children can differ from adults, says Clawges, a coauthor.

Narcolepsy is a chronic and lifelong sleep disorder, typically first presenting in childhood or adolescence. The primary symptom is daytime sleepiness with cataplexy occurring in 70% or cases, the paper reports.

Other symptoms may include paralysis, hallucinations that come with waking up or falling asleep, and fragmented sleep.

The authors also point out that pediatric cataplexy may present with subtle and unusual facial expressions or involuntary movements.

Weight gain is one comorbidity in childhood narcolepsy that is not always commonly associated with the condition, but one that providers should take note of, says Clawges.

“There is a statistically significant increase in rapid weight gain, particularly in the younger pediatric patient population and this might be a hallmark, a warning sign, and sometimes these kids are sent to endocrine first for evaluation of weight gain,” says Clawges.

Other comorbidities that the paper mentions to watch out for include early puberty and attention deficit hyperactivity disorder. These conditions might be accompanied by impaired social functioning, depression, or anxiety.

While not conclusive, some environmental risk factors may include H1N1 infection, commonly known as the swine flu, other flu strains, and strep throat.

It’s possible that narcolepsy is much more common in pediatric populations, but simply goes undiagnosed, says Claire Crisp, executive director of Wake Up Narcolepsy, a nonprofit dedicated to raising awareness around the sleep disorder.

Despite the fact that childhood narcolepsy is likely a rare condition, Clawges says she’d rather screen lots of kids and have negatives than miss the one child with narcolepsy who is failing school. She also thinks that physicians should take an active role in educating school administrators since students with pediatric narcolepsy can benefit from special accommodations, like scheduled naps.

“I pick up the phone and I call the principal; I call the school health nurse,” she says.

Allocating resources for children with sleep disorders is important, but this can only happen after the proper diagnoses are made. Pediatric narcolepsy can be a challenge to diagnose. Clawges suggests that more research should be done in the diagnostics of this sleep disorder.

Another obstacle is that many clinicians, including some specialists, have received only minimal training in the detection of narcolepsy, says coauthor Judith Owens, MD, MPH, director of sleep medicine at Boston Children’s Hospital and professor at Harvard Medical School.

Sometimes it can be a struggle to differentiate between adolescents who aren’t getting enough sleep and those who are sleepy because of an underlying neurological problem, says Owens.

One of the screening tools to help detect the condition, as well as other sleep disorders, is the multiple sleep latency test (MSLT), which looks for excessive daytime sleepiness. This test can sometimes have unclear results and insurance companies may  refuse to cover repeat MSLTs for cases that are not clear cut, says Clawges.

“It’s starting to put us physicians in a very tough spot if we only get one shot at an MSLT,” she says.  “It’s just not a perfect test.”

“If a child is young, immature, or so profoundly sleepy, they can’t even put into words what they are feeling,” then determining if a child should even be tested can be a challenge, says Clawges.

‘Ode to Joy’ Review: Reasons Not to Be Cheerful