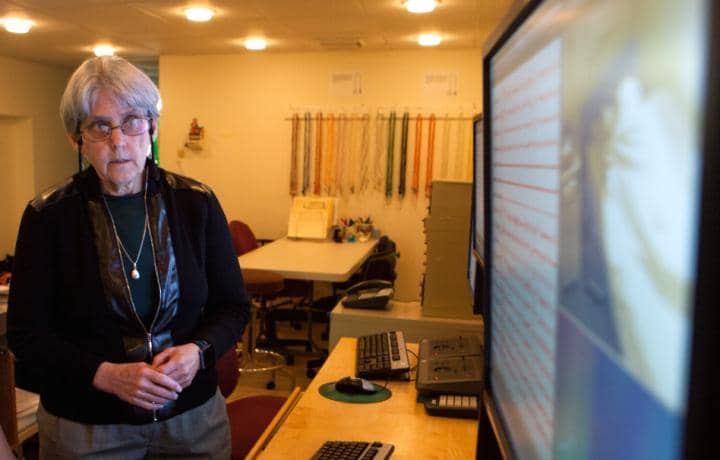 The idea of sleep is supposed to evoke feelings of peace, relaxation, and refreshment, but when expert Mary Carskadon talks about teen sleep in school districts with early start times, she uses far less comfortable words.

“Social policy clashes with what we see from the biology,” says Carskadon, a professor of psychiatry and human behavior at the Warren Alpert Medical School of Brown University, in a release. “For teens, when they have not gotten enough sleep and they have to get up too early, they are crushed in the morning.”

Over decades of study, Carskadon has shown that two systems that regulate sleep, circadian rhythms and sleep pressure, both change as children grow up. While they still need the same amount of sleep throughout childhood—ideally 9 to 10 hours—older kids naturally become inclined to go to sleep later (as their circadian rhythms skew later). That means they become biologically predisposed to sleep later, too, to fully relieve that sleep pressure—or biological need to sleep. Yet society frequently requires that they wake early.

“They are incredibly sleepy from the sleep pressure, but also they have to be at school at a time when their circadian system wants them to be asleep,” she says.

Carskadon will share the insights from her research as one of many speakers at “Adolescent Sleep, Health, and School Start Times,” a national conference in Washington, D.C., from April 27 to 28. Co-organized by Judy Owens, MD, MPH, director of sleep medicine at Boston Children’s Hospital and former professor at Brown University, the event will feature scientists, physicians, and K-12 educators from across the country who will gather to discuss the health, educational, and controversial policy implications of the issue.

The issue is a hot button in several states, including Rhode Island where a newly proposed law would set a statewide high school start time of 8:30 AM. Carskadon, meanwhile, has been invited to address the Rhode Island Association of School Committees in May even as she gears up for a new study this summer.

The Biology of Bedtime

Carskadon’s work began in the 1970s when she was a graduate student at Stanford University. She surveyed teens about their sleep habits and preferences. Perhaps not surprisingly, the results showed that teens stayed up later and slept less than when they were younger. The prevailing assumption was that they needed less sleep. But when she experimentally put teens on a schedule that allowed them to sleep longer, they did. Teens didn’t need less sleep than younger kids, she concluded. The fact that they also stopped waking on their own was apparent in the data, but was not Carskadon’s focus at the time.

“We kind of missed that clue until we started looking at it in different ways,” she says.

In a nationwide round of surveys in the early 1990s, she asked sixth graders when they felt best during the day and what their sleep preferences were. She also asked them to rate their maturity. She found an interesting trend.

In her Bradley Hospital sleep lab located on the campus of Butler Hospital in Rhode Island, Carskadon began to expand her research to incorporate biomarkers such as saliva levels of melatonin, a natural hormone driven by circadian rhythms that cues the onset of sleepiness. She found that given the same light/dark schedule, teens will produce melatonin at later times than younger kids, indicating their circadian rhythm grows fundamentally later as they age.

One of her most seminal findings came in the late 1990s, when she studied 10th graders who had a high school start time of about 7:20 AM. Wrist-worn sleep monitors showed they were getting about 7 hours of sleep a night. When she brought them into the lab, she’d wake them up for their regular school start time but then let them go back to sleep starting at 8:30—a time when in school they’d be expected to be well underway with taking exams or listening intently to lectures.

“About half of them looked like they had a major sleep disorder—narcolepsy,” she says. “At 8:30, half of the kids fell asleep in under a minute and went directly into REM sleep which means that their brains were set up in a very strong way to be asleep. When you are trying to teach and learn, it’s a non-starter.”

As her lab grew and she added expertise to the team, she also began to look at brain wave patterns of teens as they slept. That helped her observe the buildup of sleep pressure. Her lab’s finding was that sleep pressure builds up more slowly in older kids. It’s easier for them to stay awake longer. But what doesn’t change is how quickly they relieve sleep pressure: they need just as much sleep.

Her studies have continued all along. In 2014, she added more to the evidence of a later shift in sleep schedules with age, not by comparing groups of differently aged kids as before, but by comparing kids to themselves as they aged. Carskadon and colleagues published a study in PLOS ONE tracking the same children for more than two years. The data clearly showed that as they got older, they went to bed later.

A recurring theme in Carskadon’s studies is that later-to-bed and later-to-rise is not entirely a behavioral choice; it’s a physiological imperative.

“The force behind the change that we see behaviorally is in the biology,” she says.

Even the newest threat to teen sleep—the temptations of portable screens lit up with games and social media—has direct and specific biological impact on sleep. In a 2015 study she found that the sleep biology of boys and girls aged 9 to 15 who were in the earlier stages of puberty was especially sensitive to light at night compared to older teens, meaning that late-night gadget use is particularly disruptive for young teens.

For all the scientific evidence she has found, Carskadon acknowledges that policy is driven by many factors. Her studies have identified significant overall trends, but individuals vary widely, she says, and there are no doubt many households where teens are managing early school days just fine.

Meanwhile, there are a lot of reasons why school districts start when they do, she says. For some families, for example, having older kids home from school before younger kids allows parents to be sure that younger kids have an older sibling to come home to. “The school system is central to community life,” she says.

But the biological evidence for letting teens sleep in longer is overwhelming, she says. So long as school starts at a time when they physiologically still need to be asleep, she says, teenagers on average may be consigned to suffer from a “social jetlag” in which the timing of life is not the timing of the body.

Photo: In the lab Carskadon watches intently as sensors monitor the brain waves of a sleeping volunteer. Credit: Michael Cohea

Lessons from the Forefathers of Sleep