Because the demands of our 24/7  society are so great, studies suggest that sleep should not be considered a luxury, but instead one of the cornerstones of a healthy lifestyle.

Chronic sleep loss is common in today’s society. Despite sleep professionals and the National Sleep Foundation recommending 8 hours of sleep per night, American adults sleep only an average of 6.85 hours. Furthermore, only 37% report obtaining 8 or more hours of sleep per night, and 31% of adults report sleeping less than 6 hours per night.1 The amount of daily sleep has been decreasing steadily over the last century; 30 years ago, adult Americans slept approximately 7.68 hours per night; 80 years ago, they slept even longer (8.77 hours reported by college-aged adults).2,3 Because of these figures, some have suggested that we live in a “sleep-deprived society.”4

There are many reasons that individuals restrict their nightly sleep duration. First, the demands of today’s 24-hour society, including long work hours, increased commuting time, and shift work, can lead to inadequate sleep on a chronic basis. Second, family needs superimposed on work-related responsibilities leave still less time for sleep. Third, increased time spent watching television and on the Internet reduce the opportunity for sleep. Indeed, 43% of American adults report that they “often stay up later than they should because they are watching television or are on the Internet.”5 Finally, some individuals suffer from insomnia, a condition characterized by an inability to get to sleep or stay asleep. Although there are a number of causes of insomnia including a learned response (psychophysiologic insomnia), psychiatric/medical disease, and poor sleep habits, it is idiopathic in some patients.

Recent data suggest that this level of chronic sleep loss may lead to adverse cardiac/endocrine physiologic changes, and perhaps have long-term health consequences.

The studies described above all subjected non-sleep-deprived individuals to an acute short-term period of sleep restriction. It could be argued, however, that chronic sustained sleep restriction over months to years may have very different physiological effects. To our knowledge, only one study has addressed this issue. In a preliminary investigation, Spiegel et al8.9 compared glucose tolerance and insulin resistance in healthy subjects who regularly slept less than 6.5 hours per night and compared them to a group who slept 7.5 to 8.5 hours per night.11 Although the glycemic response to intravenous glucose tolerance testing was similar between groups, the short sleeping group required a 50% higher insulin level to accomplish this glucose regulation. That is, short sleepers exhibited insulin resistance, suggesting that chronic sleep deprivation may be a risk factor for the development of diabetes or obesity.

In summary, short-term sleep deprivation results in a myriad of abnormal physiologic changes including reduced glucose tolerance, increased blood pressure, activation of the sympathetic nervous system, reduced leptin levels, and increased inflammatory markers. Given the results of the physiologic studies described above, one could speculate that chronic sleep restriction could lead to diabetes, weight gain, coronary disease, strokes, and hypertension.

Sleep Duration and Mortality
Few studies have addressed the long-term effects of sleep restriction. Wingard and Berkman12 studied 2,491 women and 2,222 men between 30 and 69 years of age. They found that both men and women who reported sleeping 6 or less hours per night, or 9 or more hours, had an increased 9-year mortality rate compared to subjects who slept 7-8 hours (relative risk [RR]=1.7 and 1.6, respectively). After adjusting for a variety of confounders, relative risk was reduced but still significant (1.3); however, the study was not large enough to determine whether decreased sleep duration alone was a significant independent risk factor for cardiovascular mortality. Second, Kripke et al13 assessed mortality in more than 1 million American Cancer Society volunteers over a 6-year period. In 1982, all subjects completed a health survey that asked about their daily sleep duration. In this study, a self-reported sleep duration of less than 4.5 hours per night in men and 3.5 hours in women was associated with a modestly increased (15%) 6-year all-cause mortality rate in both men and women. Long sleepers also had an increased mortality risk.

CHD, Diabetes, and Self-Reported Sleep Duration
Coronary Heart Disease—We have recently analyzed data from the Nurses’ Health Study (NHS) Cohort to assess the relationship between sleep duration and coronary heart disease (CHD).14 The NHS cohort was established in 1976 when 121,700 female married registered nurses, aged 30 to 55 years and residing in 11 large US states, completed a mailed questionnaire on their medical history and lifestyle. Follow-up questionnaires are sent to update information every 2 years on potential risk factors and to identify newly diagnosed cases of coronary and other diseases.

On the 1986 questionnaire, subjects were asked the following question, “Indicate total hours of actual sleep in a 24-hour period.” Between 1986 and 1996, the incidence rates of CHD events were assessed in more than 70,000 women 40 to 65 years of age who answered this question and did not have a diagnosis of cardiovascular disease in 1986. The primary endpoint for this study was incident CHD events (defined as nonfatal myocardial infarction [MI] or fatal CHD).

During this time period, there were 934 cases of CHD. After adjusting for age, short sleep duration was associated with a significantly increased risk of incident CHD. For short sleepers (those who reported sleeping less than or equal to 5 hours per night), the age-adjusted RR of CHD was 1.82 (95% confidence interval 1.38-2.41). That is, short sleepers had an 82% increased risk of developing CHD over this time period (Figure 1). One of the major strengths of this cohort is its ability to adjust for a multitude of potential confounders including smoking status, body mass index (BMI), alcohol consumption, physical activity, shiftwork, menopausal status, depressed mood, aspirin use, family history of MI, snoring, hypercholesterolemia, hypertension, and diabetes. Adjusting for these potential confounders, the positive association with CHD was attenuated but still remained statistically significant (RR=1.39 [1.05-1.84]). Although we cannot rule out the effects of residual confounding, this is very suggestive evidence that short sleep duration is independently associated with an increased risk of CHD. These data are also consistent with the mechanistic physiologic studies described above.

We found that a long self-reported sleep duration was also associated with an increased risk of CHD. After adjustment for age, subjects who reported sleeping 9 or more hours per night had a greater risk of developing CHD (1.57 [1.18-2.11]). This increased risk persisted after controlling for the potential confounders described above (1.39 [1.05-1.84]).

Diabetes—Using the same cohort, we also assessed the relationship between self-reported sleep duration (from 1986) and incident diabetes.15 After 10 years of follow-up, we identified 1,969 total cases of diabetes. After adjustment for age, both increased and decreased sleep durations were associated with a significantly increased risk of incident diabetes. For short sleepers (those who slept less than or equal to 5 hours per night), the RR was 1.57 (95% confidence interval 1.28-1.92), while in long sleepers (those who slept greater than 9 hours per night), the respective RR was 1.47 (1.19-1.80). After adjusting for relevant covariates other than BMI, the positive associations for diabetes were reduced but remained statistically significant. Without adjustment for BMI, multivariate RRs for short sleepers were 1.29 (1.05-1.58) and 1.32 (1.07-1.62) for long sleepers. After additional adjustment for BMI, the multivariate RR of diabetes was reduced and no longer significant (1.18 [0.96-1.44]) for short sleepers, but still remained modestly increased for long sleepers (1.29 [1.05-1.59]).

In other words, short self-reported sleep duration was significantly associated with the diagnosis of diabetes until we controlled for BMI. Once BMI was added into the model, the association between diabetes diagnosis and short sleep was no longer significant. This finding could be explained in a couple of ways. First, short sleep may not be a risk factor for diabetes per se, but is instead caused by weight gain. For instance, a high BMI may worsen sleep quality by creating a prediabetic state with increased urination. Second, sleep restriction may directly lead to the development of diabetes through its effects on weight. Relevant to this hypothesis, leptin (a hormone that suppresses appetite) is reduced in men subjected to short-term sleep deprivation. If chronic self-imposed sleep restriction also leads to reductions in leptin, appetite and weight gain may be increased. This could, thus, represent a physiologic mechanism whereby sleep restriction may predispose to weight gain and subsequently contribute to the development of diabetes.

When analysis was limited to symptomatic cases of diabetes (considered a more severe diabetes in the analysis), the results were somewhat different. When only symptomatic cases were considered, short sleep duration was associated with an increased risk even after controlling for BMI. One possible explanation of the discrepancy between symptomatic and total cases is that sleep restriction may be associated with more severe forms of diabetes, perhaps mediated through reduced insulin sensitivity.

Limitations—Some limitations of these studies deserve attention. First, all our subjects were women, and our results may thus not apply to men. Second, information about sleep duration was collected at only one time point (1986) and its stability over time is not known. Third, sleep duration and other potential risk factors were self-reported, and the reliability of self-reported sleep duration was not validated in this study. Fourth, our study was observational in design, and thus, we cannot conclude definitively that short sleep duration caused diabetes or CHD. That is, we cannot rule out the presence of unrecognized confounders that were not accounted for in the final analysis. Fifth, we cannot completely rule out the possibility of “reverse causation.” That is, short sleep duration may be a symptom of early disease, predating official diagnosis. Finally, the etiology of restricted sleep was not ascertained in our study. Subjects may have had a short sleep duration from insomnia (an inability to fall or stay asleep), work/family responsibilities, or staying up late to watch television or use the Internet. It is possible that the etiology of sleep restriction may differentially affect health risk.

Long Sleepers—A long self-reported sleep duration was also associated with an increased risk of developing diabetes and CHD. We speculated on possible explanations for this association. One possibility is that an unrecognized confounder could lead to diabetes/CHD and an increased need for sleep. An example of such a confounder might be obstructive sleep apnea. Sleep apnea is independently associated with decreased glucose tolerance and cardiovascular disease, and is known to cause hypersomnolence.16-18 Second, long sleep duration may be an early symptom of diabetes or CHD, possibly predating its official diagnosis. Third, excessive sleep per se could directly lead to an increased risk of diabetes and CHD. Although this concept is consistent with our data, we know of no plausible biologic explanation for such a cause and effect relationship. Thus, the association of increased sleep duration and CHD/diabetes remains unexplained at the present time.

Conclusion
Short-term sleep restriction of healthy volunteers under experimental conditions results in a myriad number of adverse physiologic sequelae including reduced glucose tolerance, increased blood pressure, activation of the sympathetic nervous system, reduced leptin levels, and increased inflammatory markers. Consistent with these mechanistic studies, epidemiologic research demonstrates that a short self-reported sleep duration is modestly associated with symptomatic diabetes, CHD, and mortality. Although these findings are suggestive, further physiologic and epidemiologic studies need to be done to better define the relationships between sleep duration and health, and to understand the underlying pathogenic mechanisms. Nonetheless, these studies suggest that sleep should not be considered a luxury, but instead one of the pillars of a healthy lifestyle.

Long self-reported sleep duration is also associated with an increased risk of long-term health effects. The reasons for this association are currently unclear. Conceivably, future studies that better define these participants from a physiologic perspective could lead to a logical explanation for this increased risk. 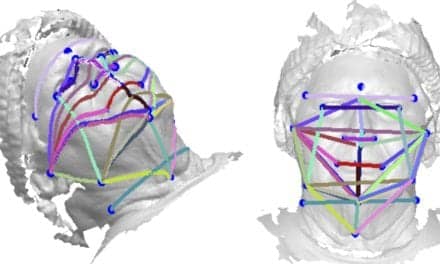 3D Face Photos Could Be a Sleep Apnea Screener 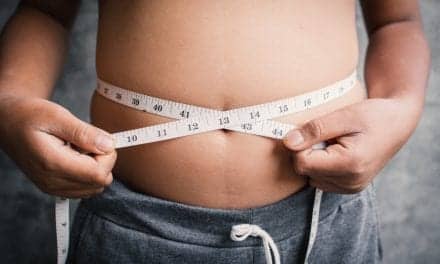