The American College of Physicians (ACP) has released new recommendations for treating obstructive sleep apnea (OSA). The recommendations, which appeared in Annals of Internal Medicine, the ACP’s flagship journal, state that people diagnosed with OSA should lose weight and use CPAP as initial therapy, while saving surgery as last-line treatment.

These new recommendations come after an influx of research findings that have linked OSA to diabetes, heart failure, glaucoma, kidney disease, stroke, high blood pressure, and even, most recently, effects on physical appearance.

The new guideline is based on published literature from 1966 to September 2010 that was identified by using MEDLINE, the Cochrane Central Register of Controlled Trials, and the Cochrane Database of Systematic Reviews. A supplemental MEDLINE search identified additional articles through October 2012.

According to ACP, this new guideline grades the evidence and recommendations using the organization’s clinical practice guidelines grading system. 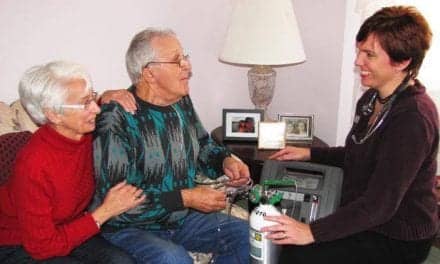 Helping Families One Breath at a Time