Some of these monitoring devices were present in the beginning of clinical sleep disorders medicine, and some devices have been available only for a number of years. Some devices are inexpensive, and some are very expensive. Sleep center accrediting organizations have attempted to specify which type of devices are most accurate or preferable, while some practitioners simply use what they can afford to purchase, or what they feel works best.

With the exception of intercostal EMG monitoring, which requires only a few electrodes and can sometimes be an unreliable method, there are primarily four commonly available methods of monitoring respiratory effort, all of which incorporate an elastic belt worn by the patient over the thoracic and abdominal regions.

Strain gauge sensors have been in use since the 1930s. Strain gauges are used in very important applications in the fields of civil engineering and geology. For example, strain gauges monitor the stresses that occur in large structures like bridges, transmission towers, and the steel frames of modern skyscrapers. Strain gauges were the most common method of monitoring respiratory effort during sleep in the early days of clinical sleep medicine. Sleep centers also used this technology to perform nocturnal penile tumescence (NPT) studies, which are rarely performed anymore. Strain gauges convert changes in mechanical energy into corresponding electrical signals. The scientific principle behind strain gauges is electrical conductivity. The changes in conductivity are processed within a resistive Wheatstone bridge, which in turn is connected to a signal amplifier for further processing to the connected equipment. The basic construction of strain gauges most typically consists of a printed copper foil, a metallic wire, or a mercury-filled tube on a flexible substrate material. When the sensor narrows and becomes elongated, the electrical resistance between the sensing terminals increases. A constant external direct current (DC) power source is required for strain gauge operation. For reference, Figure 1 shows a simple schematic representation of a strain gauge sensor as part of a respiratory effort belt used during polysomnography.

RIP transducers have been in use since the 1960s and are mainly used in the evaluation of pulmonary ventilation in humans and animals. Abdominal and chest RIP belts are used in sleep diagnostic testing to measure respiratory effort in sleeping patients for the detection of certain sleep disorders. RIP transducers convert changes in a cross-sectional area into corresponding electrical signals by means of a looping wire encircling the chest or abdomen of a sleeping patient. The scientific principle behind RIP transducers is inductive reactance. The transducer generates a relatively small signal that requires signal conversion and amplification with additional electronics for connection to a polysomnograph. A constant external high frequency alternating current (AC) power source is required for the RIP transducer to operate. Due to relatively high current requirements, long battery life is typically not achieved due to the more demanding AC power source requirements. Signal degradation due to a low battery condition is sudden (during a sleep study). RIP transducers are very widely used for measuring respiratory effort in sleep medicine. For reference, Figure 3 shows a simple schematic representation of a RIP transducer as part of a respiratory effort belt.

The PVDF film sensor is thin, pliable, and flexible and is thus more akin to human skin than any other comparative technology. In fact, human skin transmits its signals to the neuro receptors of the central nervous system by means of the piezoelectric principle. The large resulting signal has to be attenuated with additional electronics for connection to a polysomnograph. This attenuation results in a very high signal-to-noise ratio (SNR) and thus produces practically noise-free tracings on the PSG display. A constant external power source is not required to operate the PVDF film sensor; however, a small DC power (battery) is required to operate the processing electronics. Very long battery life is achieved due to very lower power PVDF film electronic designs. Signal degradation due to a low battery condition is gradual (over multiple sleep studies). For reference, Figure 4 shows a simple schematic representation of a PVDF film sensor as part of a respiratory effort belt.

It is important for the sleep clinician to be aware that although almost all respiratory effort sensors look similar, they all function differently. This knowledge can be of benefit to the sleep clinician when choosing the type of effort device to use for a particular patient. Patient-specific obstacles and challenges encountered in a sleep laboratory, such as excessive obesity, movement of belts during a recording, adult versus pediatric sizes, etc, may be addressed and resolved by choosing one type of respiratory sensor device over another.

Additionally, the clarity of filtered respiratory effort signals, the synchronicity of effort waveforms compared to airflow waveforms, and the overall signal strength being delivered to the PSG data acquisition device may vary between sensor types.

It is therefore wise for sleep clinicians to have a variety of effort monitoring devices at their disposal in order to respond to the monitoring challenges encountered during a PSG, as well as to be able to test and compare the quality of data acquired in different patient scenarios. 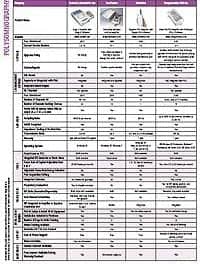 11 Questionable PSG Billing Measures, as IDed by the OIG

Up and Awake with Down Syndrome