How Much Night-to-Night Variability Is There in Sleep? 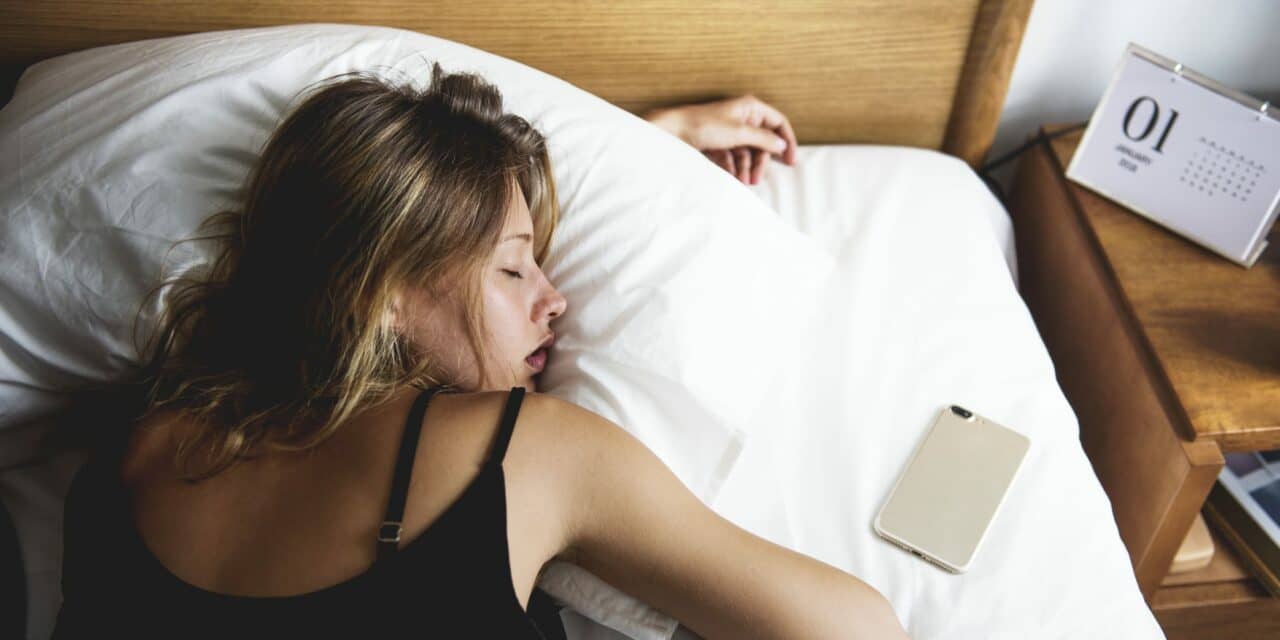 As data collection and analysis improves, science is uncovering the nuances of how sleep changes in an individual from one night to the next.

Everyone has experienced nights of poor sleep or external commitments that necessitate getting up early or going to bed late, but not all forms of sleep testing account for, or even measure, those variables or other causes of night-to-night variability, says Amy Bender, PhD, director of clinical sleep science at sleep diagnostics company Cerebra.

Night-to-night variability—how much an individual’s sleep changes from night to night and encompassing aspects such as sleep quality, stage duration, length, and number of respiratory events—can make a difference in diagnosis and clinical care. Tracking night-to-night variability can also help identify triggers that could make both the symptoms of sleep disorders and any other medical conditions worse. For instance, drinking alcohol could disrupt someone’s sleep and change the symptoms of sleep apnea on the nights that alcohol is consumed.

Bender and co-investigators recently studied the night-to-night variability data for 18 participants who recorded their sleep with in-home polysomnography over 14 to 31 nights. The study used an EEG metric named “Odds Ratio Product (ORP)” to analyze the data.1 ORP is available through the Cerebra Sleep System, a home sleep test that is available for clinical use in Canada and pending US Food and Drug Administration clearance.

“Based on our recent study, it would take approximately 10 nights to really understand and get a good picture of someone’s sleep quality,” Bender says.

“While there were large differences between subjects, the variability across nights within subjects was fairly small. But there were outliers indicating that future research could focus on what specific daily activities and lifestyle factors contribute significantly to individual variation in sleep quality across nights,” she says.

Fortunately, there are more options than ever for measuring night-to-night variability and allowing patients the options to have sleep testing done at home in an environment most conducive for accurately capturing variability and disease severity.

How Night-to-Night Variability May Impact Diagnosis

Alan R. Schwartz, MD, adjunct professor at the University of Pennsylvania Perelman School of Medicine and part-time faculty at Vanderbilt University School of Medicine, explains that without sleep testing that looks at multiple nights, sleep practitioners may miss crucial information that can guide a diagnosis.

“We may not capture the variability if we just record for one night,” says Schwartz, who is also professor (ret.), Johns Hopkins University, a trainer with Zoll Itamar’s PAT Academy, and scientific advisor with several start-ups wrestling with such variability for diagnostic and therapeutic purposes. “Depending on which night we happen to have recorded you, we might come up with mild or no apnea on one night or on the other hand, more severe on another night.”

Accurately diagnosing sleep disorders requires the subject to actually sleep—and to achieve sleep in multiple stages—explains sleep specialist Sahil Chopra, MD, CEO and co-founder of Empower Sleep. For instance, both non-REM sleep, more prominent during the first half of the night, and REM sleep, more prominent in the later half, are necessary for the severity of sleep apnea to be accurately detected.

“Sometimes, sleep apnea is worse during REM sleep; sometimes it’s worse during non-REM sleep,” Chopra says. But he points out that if a patient has REM sleep-dominant sleep apnea and only slept a few hours during their sleep testing, the severity of the disease would not be detected because there was an insufficient duration of sleep to reach REM.

“There’s always going to be a difference in the subjective and objective quality of sleep; how you sleep is different every night and that is the night-to-night variability in sleep,” Chopra says. “But if something is sleeping differently every night, their disease will behave differently as well.”

Dominic A. Munafo, MD, FABSM, chief medical officer at BetterNight, says, “The bottom line is that things that impact sleep quality will lead to night-to-night variability and impact the severity of sleep apnea diagnosed, or if there is clinically significant apnea at all.”

Additionally, identifying more severe nights than mild could tip the patient into a different category of diagnosis and treatment. “The most important issue of variability is not whether a patient is having a few more events one night or another, but whether they are having a large enough difference that they’re in a different diagnostic category,” says Munafo, who is also a volunteer assistant clinical professor at the University of California, San Diego.

Night-to-night variability happens to everyone, but the severity of the variability is dependent on many factors. There isn’t a way to predict how specifically the variability will be affected, but Munafo explains that some of the factors that have the most significant impact include things like body position (supine versus side), alcohol, medications, other medical conditions, body weight, stress, environment (such as sleeping in a new place versus sleeping at home), and smoking history.

According to Chopra, altitude also has a “massive influence” on how well someone sleeps. For instance, he cites a recent patient whose sleep apnea was twice as severe in higher altitudes as compared to sea level. After recently traveling to Galveston from Denver, Chopra notes that the patient’s sleep apnea improved significantly.

Additionally, Schwartz points out that environmental considerations that are outside of the patient’s control can play a significant role in night-to-night variability. For instance, if someone lives in a noisy city with sirens going off or beneath a flight path, their sleep may be disrupted by factors they can’t change easily.

Knowing that night-to-night variability can impact the presentation of sleep disorders, diagnostic tools that account for it help ensure accuracy in assessment.

The 18-person study highlighted the utility of using ORP to capture differences between subjects in sleep quality across 20 nights,1 Bender says. “ORP is a continuous index of sleep depth derived from the relation of EEG powers in different frequency ranges to each other. It ranges from 0 (pattern only occurring during sleep) to 2.5 (pattern only occurring during wakefulness or in arousals). As a continuous measure, it avoids the pitfalls of standard sleep staging, and it considers patterns across several frequencies of EEG.

“However, it still took approximately 10 nights to get a clear picture of someone’s sleep quality because of fluctuations in daily activities (exercise, caffeine, alcohol) that plays a role at changing overall sleep quality.”

Though it is rare for a patient to undergo 10 nights of sleep testing, some patients do get sleep studies for two or three consecutive nights. Night-to-night variability then becomes not an obstacle to detection but a crucial component of it.

For instance, online telehealth company Empower Sleep ships devices to patients to use in their own sleep environments over multiple nights that include the SleepImage Ring, a wearable device that uses cardiopulmonary coupling to determine sleep apnea severity, as well as other products such as Zoll Itamar’s WatchPAT, ectosense’s NightOwl (now owned by ResMed), and REMWare’s DreamClear.

Schwartz notes that the availability of at-home sleep testing devices allows clinicians the ability to see past some of the inaccuracies that night-to-night variability can have on the presentation of sleep disorder symptoms. “Any device that gives you multiple nights is going to overcome some of the issues; it doesn’t matter what the device is,” he says. “It’s really more of a question of if a device that provides you with multiple nights of testing can help build confidence that the results that you see are accurate and consistent.”

At BetterNight, “if we see someone who needs a multiple night study, then we can give them an in-home study that goes over multiple nights,” says Munafo, who describes BetterNight as “technology-agnostic.” “We can adjust to differing clinical scenarios so as to do a better job detecting night-to-night variability to be sure someone really has or doesn’t have significant obstructive apnea. In addition, we track patients on CPAP therapy on a nightly basis, for as long as they are on therapy, to be sure they are adequately treated.”

Devices that allow for more accurate diagnosis of the severity and presence of sleep disorders can then help guide treatment options, Chopra says. “It helps us personalize what we do,” he says. For instance, if a patient has primarily mild obstructive sleep apnea and moderate only on isolated nights, the clinician may opt to recommend a mandibular device over CPAP.

Or, if measuring night-to-night variability and tracking factors (many of the devices include corresponding apps to input those notes) helps uncover that the patient only has sleep apnea on their back, but not on their side, a positional intervention may be used. “We use this variation in sleep that happens on a night-to-night basis and we use those objective interventions—things that worsen sleep and things that better sleep,” he says. A one-night lab test may not reveal that someone’s sleep apnea is worsened by alcohol intake, for instance, but logging behaviors, along with multiple-night testing, could reveal individual triggers and guide positive habit changes.

“The bottom line is that now that we know that there is so much variation in sleep on a night-to-night basis, the future of sleep health needs to be mindful of that,” Chopra says. “We should not be treating people with a single night of sleep testing. You would never go to a primary care provider who would check your blood pressure once, prescribe your meds, then never check your blood pressure again—the same is true for sleep.” 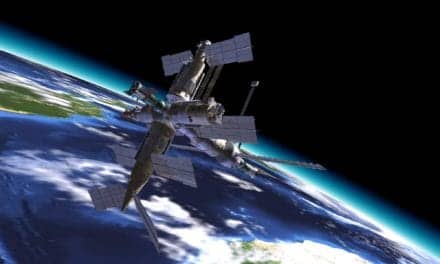