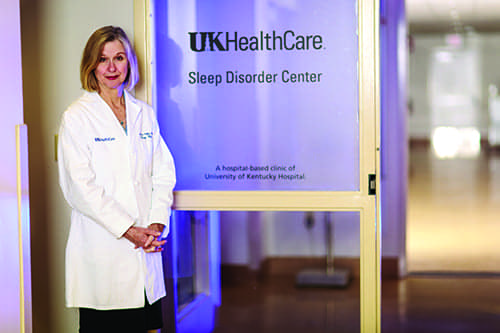 The American College of Chest Physicians (CHEST) elected Barbara Phillips, MD, MSPH, FCCP, as its 78th president in November 2015. As a pulmonologist who currently practices sleep medicine full-time, Phillips’ sleep background frames many of her goals for the medical association. She is currently medical director at the University of Kentucky Sleep Disorder Center and a professor in the division of pulmonary, critical care and sleep medicine at the University of Kentucky College of Medicine.

A Foundation in Sleep

Phillips has a varied professional background with an array of research interests and leadership roles that illustrate her interest in sleep medicine. Phillips is board-certified in internal medicine, pulmonary medicine, and sleep medicine, and is a board member of the Sleep Medicine NetWork and a past CHEST Governor of Kentucky. She has chaired the Sleep Institute and is editor of CHEST SEEK Sleep Medicine. Her research interests include the genetic risk factors for sleep apnea, the effects of sleep apnea on performance and outcomes, sleep in aging, and nonpharmacologic treatment of sleep apnea.

Phillips joined CHEST as a first-year pulmonary fellow “because it seemed like a good clinical home,” but stayed for the “opportunities for personal growth and meaningful relationships.” Phillips has been active for a number of years in the sleep medicine-centered activities of CHEST, including serving as a reviewer for the journal CHEST for sleep-related manuscripts, chairing the Sleep Medicine and Board Review courses, and publishing personal work on sleep and sleep disorders in CHEST. 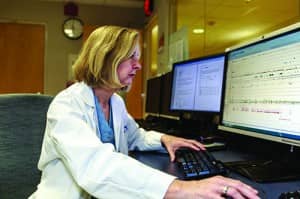 Phillips’ interests include the genetic risk factors for sleep apnea, the effects of sleep apnea on performance and outcomes, sleep in aging, and nonpharmacologic treatment of sleep apnea. 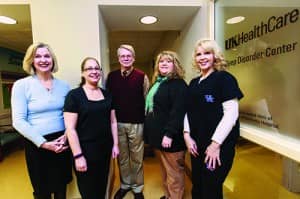 Phillips has received several notable awards during her career, including the Sleep Academic Award from the National Institutes of Health (NIH). The NIH award was significant because it helped raise the credibility of sleep medicine at her institution and also helped medical professionals learn more about sleep-disordered breathing in senior adults. Phillips adds, “I also developed many close friendships and collegial relationships as a result of that award.”

Prior to receiving this award, Phillips also received a Preventive Pulmonary Award (PPA) from the NIH, which she says made the difference in her career. “A quarter of a century later, it is hard for us to remember that cigarettes were cheap, people smoked everywhere, and there were even ashtrays in the hallways of hospitals,” Phillips says. “At the time I received the PPA, I was a struggling junior faculty member who was trying to take on tobacco in Kentucky. The PPA launched and saved my career.”

Throughout her career, Phillips has also held several prominent positions and served on several boards, including past-chairman of the National Sleep Foundation and the American Board of Sleep Medicine, as well as serving as a board member of the American Lung Association. She feels these opportunities were valuable to her both professionally and as a leader. Phillips says, “Having a chance to work with several governing bodies has taught me a lot about leadership versus management and volunteer versus staff roles. I have seen, firsthand, how a single person can make a big difference, good or bad. It’s been a huge learning experience.”

In addition, Phillips says that because of these past roles and experiences, she has made many wonderful friends and colleagues all over the world.

In addition to Phillips’ previous work with the association, a shared vision is what attracted her to become CHEST president. Phillips shares her vision for CHEST with the association, citing the strategic plan: “The American College of Chest Physicians is the global leader in advancing best patient outcomes through innovative chest medicine in education, clinical research, and team-based care.” Phillips says that as a leader, she believes her job is to support and fulfill that mission. “I really believe in our vision, and it includes words and concepts that resonate with me, including ‘patient outcomes,’ ‘education,’ ‘clinical,’ and ‘team,’” says Phillips.

Phillips says CHEST is positioned to realize its vision of global leadership in clinical education, and she wanted to be a part of that. In addition, professional growth was an enticing reason to accept the challenge of president. Phillips says, “I wanted the opportunity for personal growth that such an opportunity affords.”

As CHEST president, Phillips has a number of goals she would like to achieve during her tenure. To begin, collaboration with other organizations is a priority. “Collaboration with other organizations enhances our scope and visibility. As the CHEST president, it is my privilege to work with volunteer and staff leaders of other societies who share similar issues,” Phillips says. “The Critical Care Societies Collaborative (CCSC)—composed of the American Thoracic Society (ATS), the Association of Critical Care Nurses, the Society of Critical Care Medicine, and CHEST—has a good track record of thoughtful consideration and effective action on a variety of issues that are germane to members of each of these groups.”

Another issue Phillips is fervent about is the declining number of clinicians who are able to manage sleep-disordered breathing. Along with Atul Malhotra, MD, and David Gozal, MD, two colleagues from ATS, Phillips published an editorial about the plummeting number of board-certified sleep specialists and expressed the need for pulmonologists to “step up to the plate” in the care of sleep-disordered breathing.1 According to Phillips, “At the heart of it, this issue is about patient care and outcomes. There simply aren’t enough board-certified sleep specialists to manage the 10% to 15% of our population who has sleep-disordered breathing. I think pulmonologists need to take sleep apnea back!” 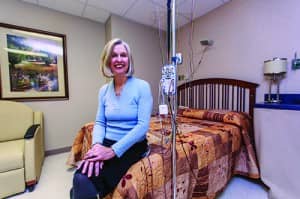 According to Phillips, pulmonologists need to step up to the plate in the care of sleep-disordered breathing.

Education will be an essential component in enabling pulmonologists to work in sleep medicine, and Phillips plans to focus on this with a new collaborative project. In a forthcoming publication, Phillips will explain how CHEST, ATS, and the Association of Pulmonary and Critical Care Program directors have undertaken a project that will help establish the scope of sleep medicine education that is optimum for inclusion in pulmonary fellowship training programs.

Phillips is also committed to diversity in CHEST, and to address the issue, she has asked John Studdard, MD, FCCP, to assemble a task force to define what diversity means for CHEST and to further address the matter for CHEST membership and staff.

A final issue Phillips would like CHEST to focus on is lung-related health problems, which is especially appropriate since the Forum of International Respiratory Societies (FIRS) designated 2016 to 2025 the “Decade of the Lung.” “CHEST is a founding member of FIRS. The Decade of the Lung will likely increase awareness and bring about positive behavioral change with regard to lung disease,” Phillips says.

Phillips also plans to begin work on several sleep-related research initiatives. To begin, Phillips believes sleep medicine professionals need an objective, reproducible biologic test for sleepiness—“The Multiple Sleep Latency Test is not it!” Phillips says. She adds, “A huge elephant in the room, at least from my point of view, is we still don’t know what sleep apnea is or how best to measure it. It will remain difficult to assess epidemiology, consequences, or treatment effects for sleep apnea until that is done. Personally, I think the AHI is a very flawed metric.”

Phillips also says that sleep medicine professionals must figure out how to treat central sleep apnea, which she believes is increasing in prevalence and is associated with poor patient outcomes. 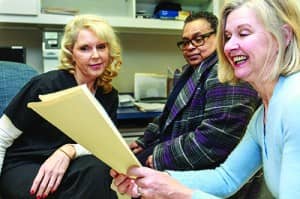 Phillips would also like to devote attention to insomnia, which she says is a “prevalent and burdensome condition” with consequences that remain unknown largely because healthcare professionals can’t randomize people to have insomnia or not. Phillips explains that there is a lot of literature suggesting that both sleeping pills and insomnia are associated with poor patient outcomes. Phillips states, “Frankly, I don’t think that either sleeping pills or insomnia is particularly dangerous; I think it is the characteristics of people who report insomnia and who use sleeping pills chronically that lead to the adverse outcomes reported. This issue needs careful study.”

A Vision for the Future

According to Phillips, the upcoming year for CHEST will include superb clinical education in multiple formats. Phillips says members as well as nonmembers can look forward to an inclusive and collegial membership structure, an “amazing” CHEST World Congress in Shanghai in April, and an “outstanding” annual meeting in Los Angeles in October.

Phillips states, “CHEST is in a very good place right now, and it is truly a privilege to have this opportunity! I am very grateful for the chance for personal growth and to make a difference.”