As global temperatures rise and winters shorten, caterpillars of the corn borer moth are emerging earlier in parts of the US thanks to changes in two genes, researchers find.

The team found that larval emergence time was linked to variation in two genes known to be involved in circadian rhythms. One is period, or per, a gene that regulates sleep-wake cycles in Drosophila and has been linked to seasonal timing in many other insect species. The other gene, Pdfr, produces a receptor that binds to a neurotransmitter called pigment-dispersing factor, which in Drosophila helps to regulate the activity of clock neurons in the brain. Dopman and his colleagues speculate that variation in the sequences of these two genes could provide a way for corn borers, and perhaps other insects as well, to adapt to changes in season length.

“This paper is incredibly interesting and important because it sheds light on the molecular basis of differences in seasonal responses,” says Megan Meuti, an entomologist at Ohio State University who was not involved with the study. The fact that the genes are already known to be involved in circadian rhythms suggests “that the differences in the sequences of the clock genes are not only affecting seasonal responses, but also daily responses as well.”

Get the full story at the-scientist.com.

Link Between Sleep Apnea and Increased Risk of Dementia 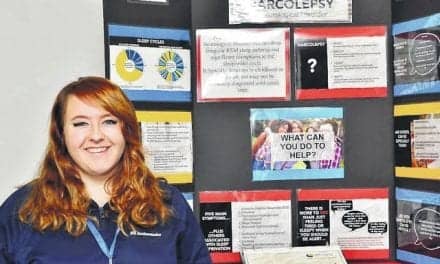 Women Get More Sleep Than Men According To New Jawbone Study